What is Lifesteal in Legends of Runeterra?

Legends of Runeterra has many card effects that are common enough that they get their own keyword - a word or two that immediately tells you how the card works. Let's take a look at the Lifesteal keyword.

Damage this unit deals heals its Nexus that amount.

Lifesteal is an effect found on units. When a unit with Lifesteal deals damage, it will heal your Nexus for that amount. This allows you to keep the flow of combat moving, and stabilize your Health at the same time. The spell equivalent is Drain.

Lifesteal units may be of a high-priority to your opponent to destroy, as they will consistently allow you to keep gaining Health. They work strongly with effects that buff units to keep them alive longer and/or do more damage, and thus, heal more Health.

Keywords that Work Great with Lifesteal

Lifesteal works with a variety of different keywords.

Barrier or Quick Attack will allow it to kill a unit, avoid taking damage, and restore Health to your Nexus.

Playing Against Lifesteal in Legends of Runeterra

If your opponent plays a Lifesteal unit, it will probably become a high priority target for you destroy. Try destroying it with a removal effect instead of combat. If you need to use combat though, you should try to deal with it in as few hits as possible to ensure they restore less Health. 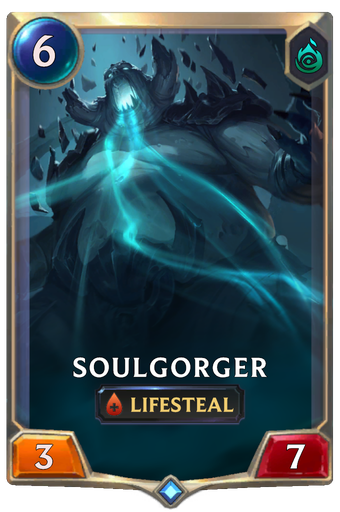 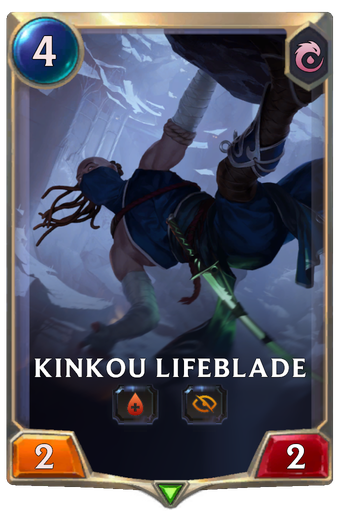 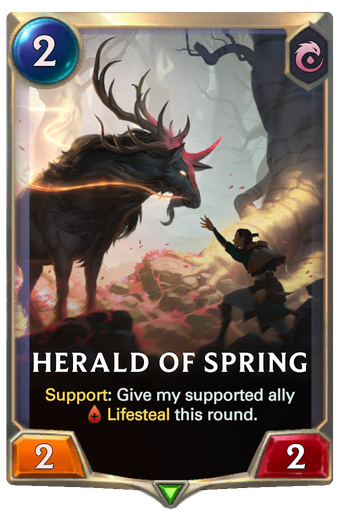 Soulgorger is a pretty basic representation of the Lifesteal mechanic, although it's a fairly strong one as well. With high Health, it won't go down easy, allowing you to make multiple trades and restore more Health. It's 3 Attack, although low for a 6 mana unit, can still do some work at taking down enemies.

Kinkou Lifeblade is an example of how Lifesteal combines well with other keywords. Combining it with Elusive will net you a constant source of damage and healing that is hard to get rid of unless your opponent is also playing Elusive units.

Radiant Guardian doesn't have Lifesteal itself, but conditionally gains it if an ally died on the same round when you play it. It combines Lifesteal with Tough, which is another keyword that pairs well with the effect by increasing its survivability.

Herald of Spring is another unit that doesn't have Lifesteal itself, but instead it gives the effect to another unit you control as a Support effect. Combined with a large unit will allow you to heal for great amounts.