What is Nightfall in Legends of Runeterra?

Legends of Runeterra has many card effects that are common enough that they get their own keyword - a word or two that immediately tells you how the card works. Let's take a look at the Nightfall keyword.

Bonus if this is not the first card you play in a round.

Nightfall is a keyword introduced in Call of the Mountain. Nightfall is an ability that triggers if you play it after you've played at least one other card this turn. It is the opposite counterpart, mechanically and flavorfully, to Daybreak, also introduced in Call of the Mountain. Both keywords are found in Targon, with Nightfall also found in Shadow Isles.

Keywords that Work Great with Nightfall

Ironically, Nightfall has good synergy with Daybreak as they have opposite activation conditions. You can play a Daybreak card first, and then a Nightfall card and get the bonus of both effect. Neither effort is "wasted" in the process. 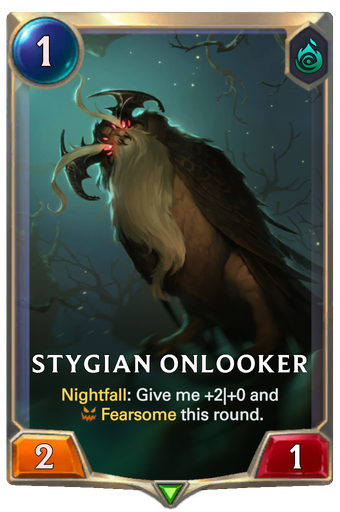 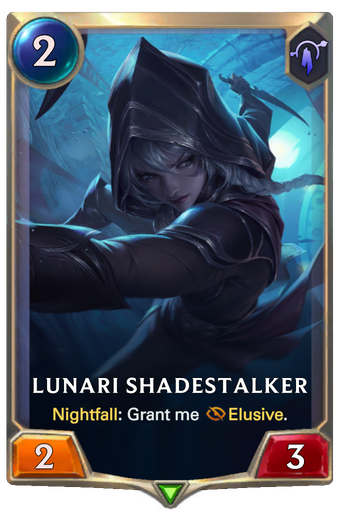 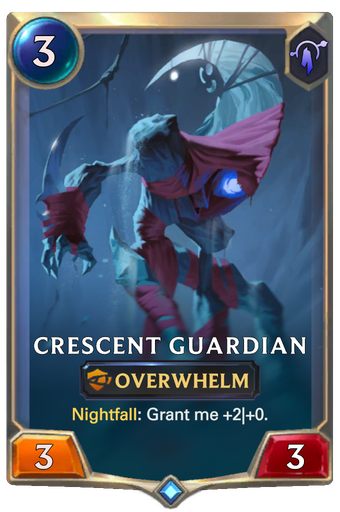 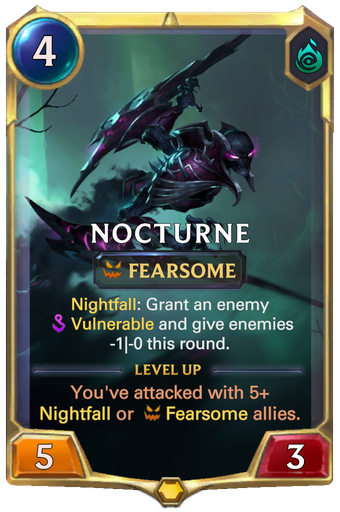 Stygian Onlooker is a small unit that gains +2|+0 and Fearsome for the rest of the round, effectively making it a 4|1 Fearsome for 1.

Lunari Shadestalker is a unit that gains Elusive if you play it under Nightfall, which is always strong so try to do this.

Crescent Guardian is a unit that gains +2|+0 if you play it under Nightfall, similar to Stygian Onlooker however the +2|+0 buff is permanent on this card.

Nocturne is a champion that makes an enemy Vulnerable if you play it under Nightfall, and levels up when you attack with Nightfall units 5 times.