What is Regeneration in Legends of Runeterra?

Legends of Runeterra has many card effects that are common enough that they get their own keyword - a word or two that immediately tells you how the card works. Let's take a look at the Regeneration keyword.

Heals fully at the start of each round.

Regeneration is a fairly rare keyword only appearing on 4 cards in the game, 3 of them being champions. It's a pretty strong keyword too, and unit with this effect can be annoying to get rid of.

Keywords that Work Great with Regeneration

Challenger on a Regeneration unit can be very strong, allowing it to take units head-on, and then heal up. Just look at Braum.

Playing Against Regeneration in Legends of Runeterra

Regeneration units can be difficult to get rid, but it is important that you do. Using damage spells (alone or combining them with combat) can deal with a Regeneration unit. Effects that outright destroy them will get the job done as well.

When blocking a Regeneration unit, remember not to use a unit that will die from it without trading, unless you plan on also using a damage spell. Otherwise, be sure that what you use to block will either kill it in one shot and/or not die from it. 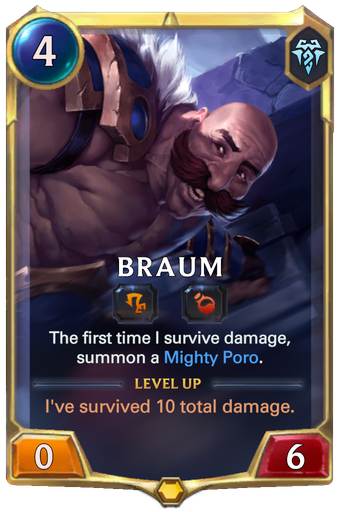 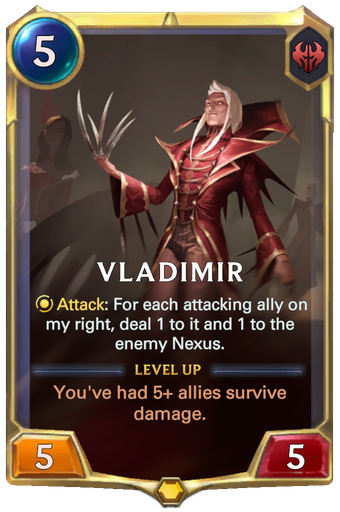 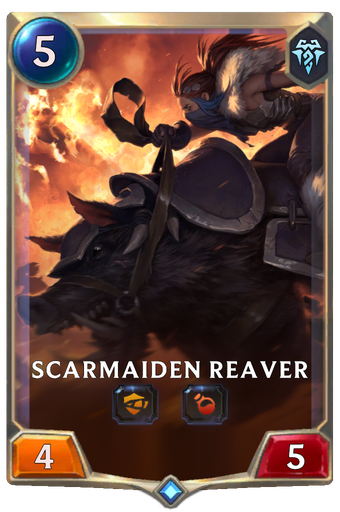 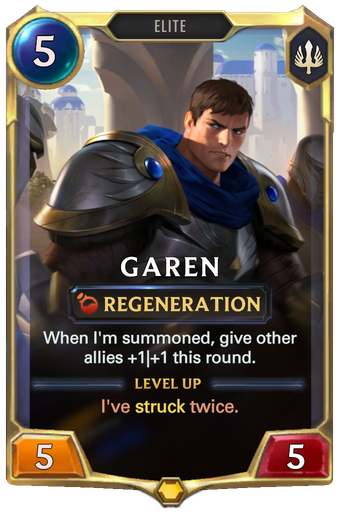 Braum is a champion with Regeneration than also has Challenger which is great combination of keywords. It has 0 Attack, so it won't be doing any of the fighting itself, but instead, it takes a unit so that your other units can attack through it without being blocked by it. Quite powerful when combined with stat-buff effect.

Vladimir doesn't initially start with Regeneration, but it gains it after it Levels Up. It's the only Regeneration card that doesn't seem to use Regeneration for any gameplay purpose other than simply making it stronger, although it thematically fits quite well.

Scarmaiden Reaver is the only Regeneration card in the game that isn't a champion. It combines this with Overwhelm, being able to survive more deal more damage.

Garen is one of the most iconic cards in the game as it's the first card you play in the tutorial when you start the game up for the first time. Regeneration is quite useful for its upgrade requirement, and its effect to Rally at the start of each round when it does Level Up, allowing it to survive more battles as it gives you more battles.