What is Skill in Legends of Runeterra?

Legends of Runeterra has many card effects that are common enough that they get their own keyword - a word or two that immediately tells you how the card works. Let's take a look at the Skill keyword.

A spell-like effect created and cast by unit.

Skill is a bit of a weird keyword. It isn't found on any collectible cards. Instead, it represents abilities from units in the form of its own card.

Keywords that Work Great with Skill

There are no keywords that directly benefit from Skills, as it is only found on uncollectible spells generated and played by units.

Playing Against Skill in Legends of Runeterra

Skills all do several different things, so playing against them varies depending on the skill played. If your opponent plays a damaging Skill to kill one or more of your units, buff spells can save them from dying and end up wasting the skill at an inopportune time.

Deny can also stop Skills from triggering altogether. Against a card like She Who Wanders, this can be a huge lifesaver. 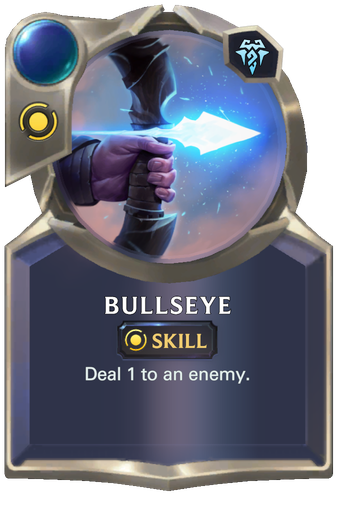 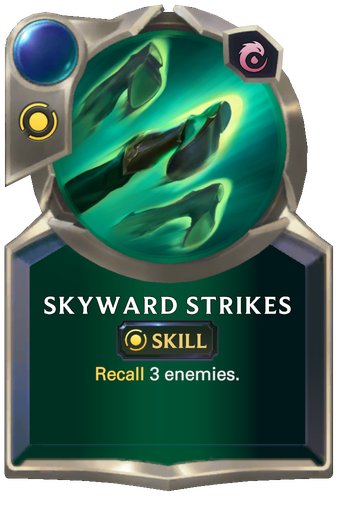 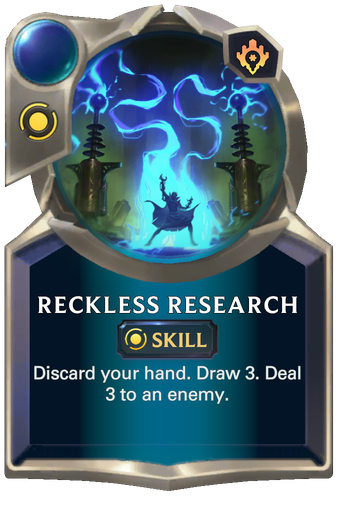 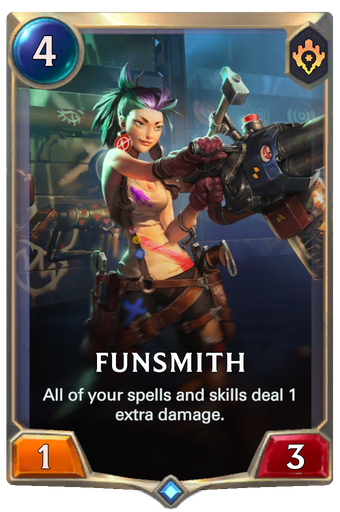 Bullseye is the Skill of Icevale Archer. It's a pretty basic Skill, simply dealing 1 damage to anything.

Skyward Strikes is the Skill of Minah Swiftfoot. When you use it, you will choose 3 enemies to Recall (or less if your opponent controls less than 3).

Reckless Research is the Skill of Augmented Experimenter. It does 3 different things. It discards your hand (which will instantly level up Jinx), draws 3 cards, and deals 3 damage.

Funsmith is not a Skill card, but instead a card that interacts with Skills, and is one of only 2 cards in the entire game that does this (the other is Deny). While you have her on the field, all damaging spells and skills you have will deal 1 extra damage.