What is SpellShield in Legends of Runeterra?

Legends of Runeterra has many card effects that are common enough that they get their own keyword - a word or two that immediately tells you how the card works. Let's take a look at the SpellShield keyword.

SpellShield nullifies the next enemy spell or skill that would affect the unit.

SpellShield is a passive ability that protects a unit from the effect of a spell. Once the shield absorbs a spell effect, the shield is consumed and the unit is vulnerable to spells again, although it can be given another SpellShield afterwards.

SpellShield is both the effect of a unit and the ability of a unit. In other words, units that naturally have SpellShield on the card will always enter the board with SpellShield regardless of how it got there. When the shield is consumed, the effect no longer applies, although the card text still remains active.

Keywords that Work Great with SpellShield

SpellShield may also sometimes be useful for negating downsides of your own spells if they would otherwise damage or kill one of your own units.

Playing Against SpellShield in Legends of Runeterra

Every SpellShield card belongs to Targon meaning that if your opponent isn't playing Targon, you won't have to worry about SpellShield. The only exception is Shroud of Darkness.

SpellShield is not particularly effective in unit combat as it will only protect itself from spells, meaning that the upside of SpellShield can be outright negated if the unit is killed by another unit. Challenger in particular can be helpful against enemy SpellShield units.

Sometimes it may be worth it to cast a spell anyway, even if an enemy SpellShield would protect that specific Unit. The easiest way to do this is to use spells that affect more than one unit, or spells that also have additional effects. This will allow you to still get value of a spell even if a SpellShield unit will protect itself from one of its effects. 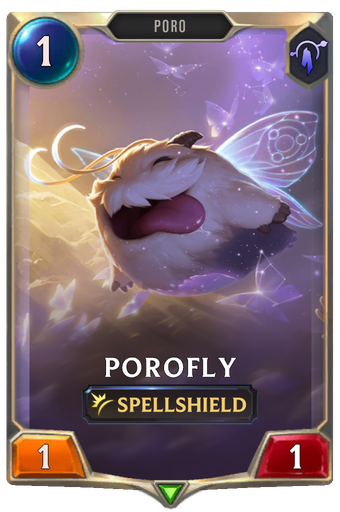 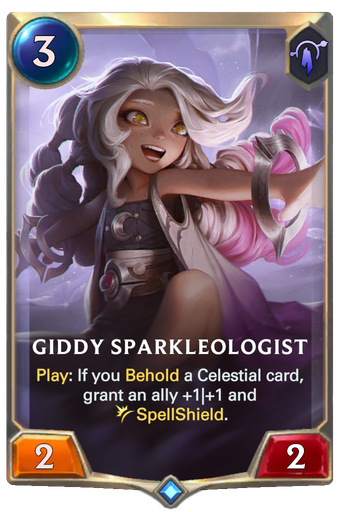 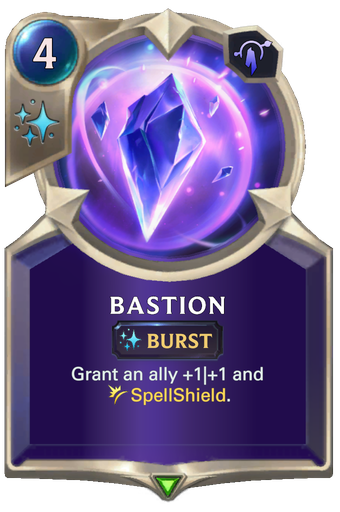 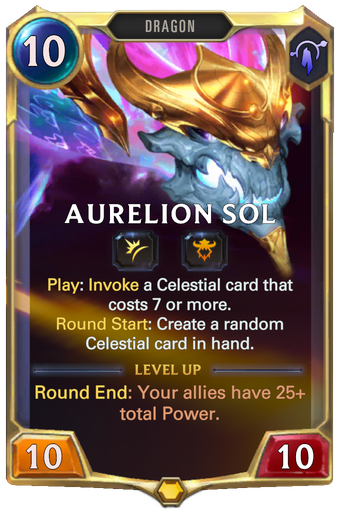 Porofly is a 1|1 unit (as most Poros are) with SpellShield and no other abilities.

Giddy Sparkleologist is a unit that will grant one of your other units SpellShield and +1|+1 under the condition that you Behold a Celestial.

Bastion is a spell that grants a unit SpellShield in Burst speed, effectively allowing it to be used as a pseudo-Deny.