What is Toss in Legends of Runeterra?

Legends of Runeterra has many card effects that are common enough that they get their own keyword - a word or two that immediately tells you how the card works. Let's take a look at the Toss keyword.

Obliterate X non-champion cards from the bottom of your deck.

Toss is a mechanic introduced in the second set of the game, Rising Tides. Cards with Toss will remove a set number of non-champion cards from the better of your deck from the game. It's largely found in Bilgewater to synergize with Deep, but it can also be found in Shadow Isles.

Keywords that Work Great with Toss

Toss has natural synergy with the Deep mechanic found in Bilgewater, as tossing cards will get you closer to the 15-card threshold needed to activate Deep.

Playing Against Toss in Legends of Runeterra

If your opponent is playing Bilgewater, this means they're probably using Deep cards to go along with their Toss cards, so keep note of how many cards are in their deck. If your opponent is close to the 15-card threshold, be prepared for Deep units.

Do also note that attempting to draw from an empty deck will cause a player to lose the game instantly, so if your opponent is tossing away a lot of cards and finds themselves close to 0 cards, trying to stay alive and control the board will allow you to win the game.

If you see a notable card in your opponent's deck tossed away, you can keep a mental note that they have 1 less copy of that card in their deck. 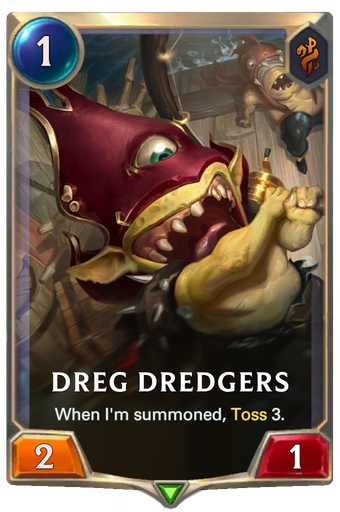 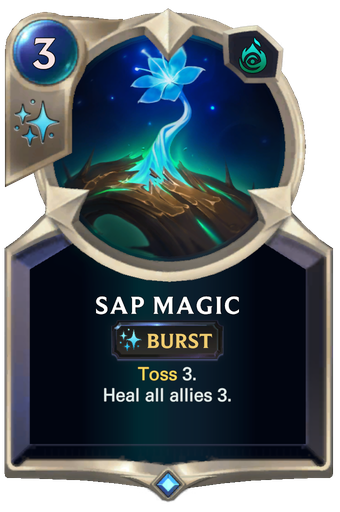 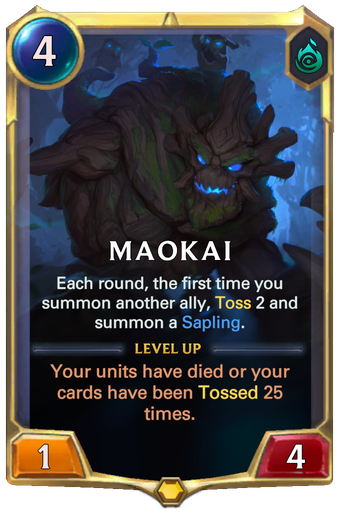 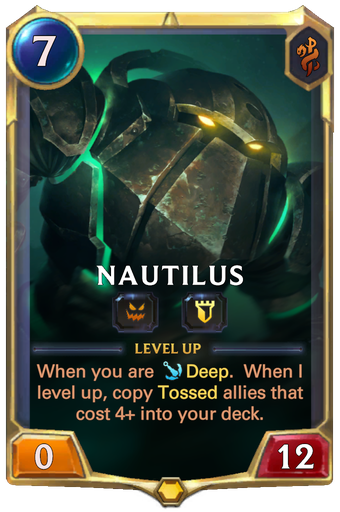 Dreg Dredgers is a simple, small card that will Toss 3 cards when you play it.

Sap Magic is a spell that will Toss 3 when you play it, in addition to healing all of your allies (your units and your Nexus) by 3.

Maokai is a champion from Shadow Isles that takes advantage of the Toss mechanic. It will level up when 25 cards have been Tossed this game (incidentally, leaving you with exactly 15 cards left) or your units have died. When it levels up, it will destroy a majority of your opponent's deck, leaving them with only 4 non-Champion cards, which will put your opponent on a timer to win the game. Note that it doesn't need to be on the board for progress to be tracked and as a champion itself, it is immune to being Tossed.

Nautilus is another champion that uses the Toss mechanic, but in a different way than Maokai does. It levels up when you reach the 15-card threshold for Deep, and when it does, any allies you tossed this game that cost 4 or more will be copied back into your deck (which might put you back outside of Deep range). While leveled up, your Seamonsters cost 4 less to play. Out of every champion in the game, Nautilus gains the most stats when it levels up (a total of 14 stats). As a champion, it is immune to being Tossed.