What is Vulnerable in Legends of Runeterra?

Legends of Runeterra has many card effects that are common enough that they get their own keyword - a word or two that immediately tells you how the card works. Let's take a look at the Vulnerable keyword.

The enemy can challenge this unit, forcing it to block.

A unit inflicted with Vulnerable is the mirror situation of a friendly unit with Challenger: Vulnerable units can be challenged by anyone and pulled into combat against their will. This can be used to set up favorable trades with Overwhelm, or to kill an important unit or Champion who would rather hide behind enemy lines.

Keywords that Work Great with Vulnerable

Overwhelm is a great keyword to pair with Vulnerable, since you get to decide who will be the aggressor. A large Overwhelm unit against a smaller Vulnerable unit can inflict heavy damage to the enemy Nexus. Another solid keyword is Frostbite: by reducing a Vulnerable unit's Attack to zero, you can freely trade into it without fear of return damage. Cripple a target enemy, then go in for the kill!

Playing Against Vulnerable in Legends of Runeterra

Defensive spells are your best option for dealing with Vulnerable, since you won't be able to protect them the old fashioned way. Apply Barrier or a Health buff to protect your physically-weaker units. 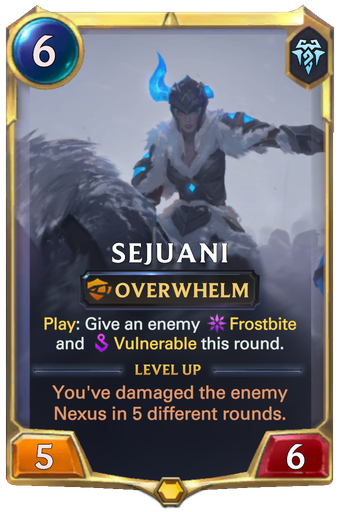 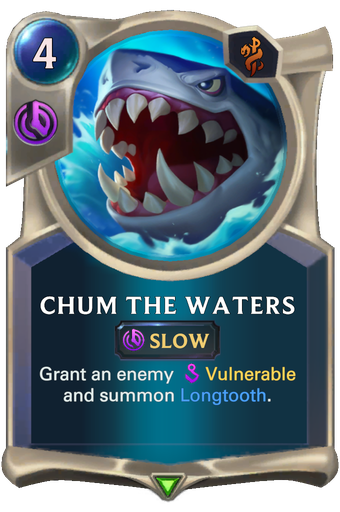 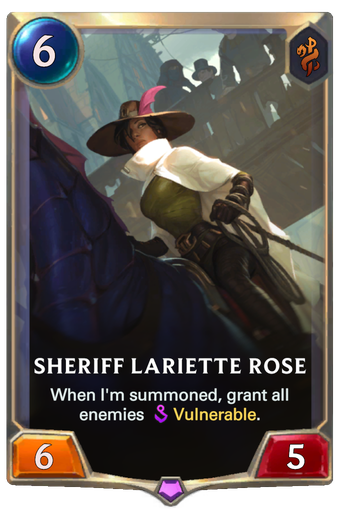 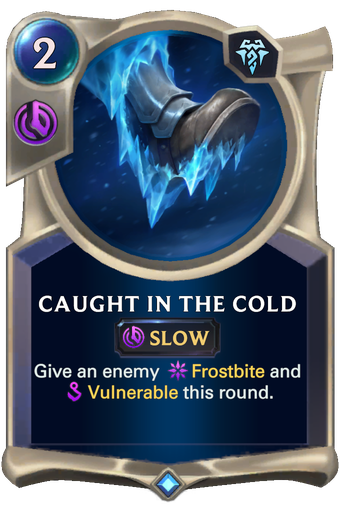 Sejuani inflicts both Vulnerable and Frostbite, while also having Overwhelm. This makes her an ideal Champion for removing key targets without taking damage herself.

Chum the Waters summons Longtooth, who has Overwhelm and a high Attack value. Use Chum The Waters to prey on a weak enemy and get free damage in on the enemy Nexus!

Sheriff Lariette Rose will inflict Vulnerable to EVERY enemy unit, allowing you to very easily pick and choose what to kill. The effect is also permanently applied too, meaning it could even be useful long term.

Caught in the Cold is a spell that will Frostbite a unit and make it Vulnerable allowing for a very easy kill.