What is Weakest in Legends of Runeterra?

Legends of Runeterra has many card effects that are common enough that they get their own keyword - a word or two that immediately tells you how the card works. Let's take a look at the Weakest keyword.

The strongest wills come in the smallest packages...or they could just be the Weakest unit.

Keywords that Work Great with Weakest

Weakest is a condition for other effects, telling you how they function. As such, it could theoretically be used with any of the keywords, such as Stun or Frostbite.

Playing Against Weakest in Legends of Runeterra

The best way to deal with Weakest is to lean in and force your opponent's action to be less-than-efficient. If you have several units on the table, with one clearly being the Weakest, you can protect your stronger units from being harassed by-way of a sacrificial lamb. 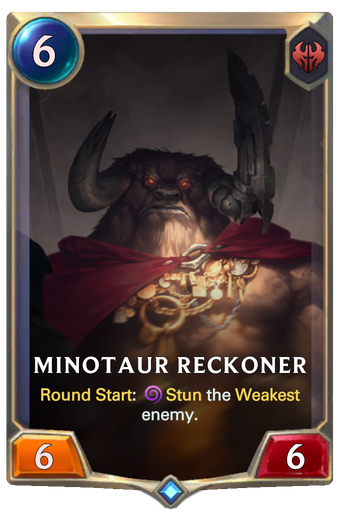 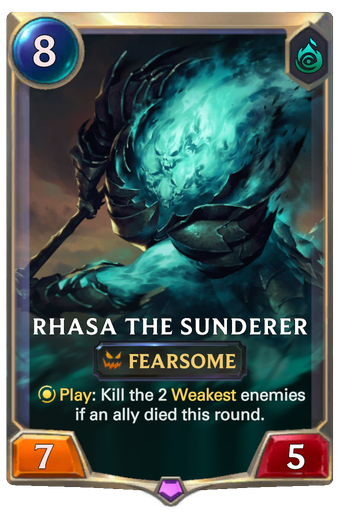 Minotaur Reckoner Stuns the Weakest enemy unit each round, keeping them out of the fight. This can be useful whilst attacking such-that the little unit can no longer stand in the way of your own stuff.

Rhasa the Sunderer is a powerful control card, eliminating your opponent's board by killing two of their Weakest units. All you have to do is lose a unit of your own that round, which is not particularly difficult post-combat or after using one of the Shadow Isles patented self-damage cards.