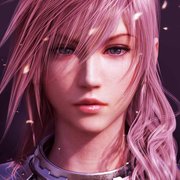 As the title says, this deck aims to finish the game as quick as possible with a lot of face damage.

This deck has a lot of potential to create as much Powder Monkeys as possible to deal damage directly to enemy Nexus with Neverglade Collectors while new Astral Fox and buffed Double Up pushes it further.

At first look, champion choices might seem awkward since they have no synergy but in practice, they both help to push the lethal further while being adressed to enemy's hard removals to keep safe to later Neverglade Collectors to be adressed so don't hesitate to waste them in some valuable trade opportunities.

All that matters with this deck is face damage. I'm using Twisted Fate for red card's mostly but this is a card with a lot of opportunity as you can consider so you will know when you should use other card choices of Twisted Fate when it is the time.

Keeping Parrrley at mulligan is a good choice for an early Monkey Business against most of the decks so keep that in mind too and i don't recommend to replace them with other cards.

I honestly think that Double Up is a better Decimate now so replacing 1x Spirit Leech with 1x more Double Up might be a good choice that i'm considering.

When you have Kalista and Monkey Idol at 3 mana in your hand, you should give priority to Monkey Idol if you don't have Haunted Relic + 2 spell mana. Also Monkey Idol's killing itself is a good tick for Kalista's leveling up. That's why most of times it is a better choice to play it before Kalista and it may help to revive more Powder Monkeys with Kalista earlier which might bring some earlier lethal opportunities.

Astral Fox is a great card for this kind of decks so I built this deck to give it some honor it deserves.
Go lethal with him, make it proud !