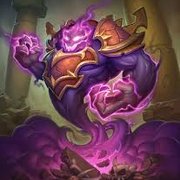 After playing this deck a lot, i think i finally refined it to not be as bad.

Main goal is to use Gem generators to quickly buff Vi or your other units. Then use Zenith Blade to grant them all Overwhelm. We also include some support cards to help your minions stick more. Since we will support and target allies a lot, Arbiter of the Peak and Taric might come in handy.

This deck might not be very competitive against decks with a lot of early aggresion and removal, but it's still fun to one shot enemy nexus with 15 Power Vi.

and Bastion x1, since they recive a buff and might become more playable