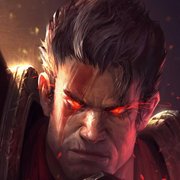 The principle of the deck is quite simple play Star Spring and high health regeneration units like Braum or Trundle. Soraka got included since she levels very easyly and serves as an quite insane draw engine in this list.

Trundle and Braum can force fights/self damage that they regenerate eoT which counts for Star Spring and Soraka lvlup.

You end up with a deck made of very resilient units, a lot of aoe damage and an alternate wincondition that needs narrow removal to be dealt with.

I update the list to do a little better vs aggro while also offering more power in the lategame (hopefully).

Ill need some Feedback on this since im not running the deck right now. So if you have some matchups you struggle with feel free to tell me in the comments.