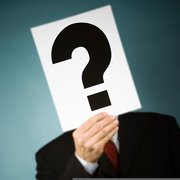 (Sorry for any grammar errors eng is not my first language)
You already know this deck, The Undying deck, it saw no play since hush was a thing but now that Daddy Rito heard our prayers we finally got hush nerfed (or kinda nerfed cuz it still a thing sadly) we finally can make a good Undying deck or at least try to do one.
If you never have played an Undying deck, you are new to the game or you are not a meta tryhard and you want to play something fun this is the Guide for you
I will try my best to give you any tips on how the deck works and give you cheaper options if you are on a budget and don't want to expend too much on epics and champs.
First of all your main objective on this deck is to get your The Undying on the board and kill it by trading units with your opp or by using card effects as many times as you want or just enough to make him a treat that your opp can't ignore when your opp is low enough you can finish him with direct dmg to their nexus using cards like Atrocity or Jack, the Winner.

One of the weaknesses of The Undying is when he hits the board it is weak enough to be ignored by your opp we fix this by giving vulnerable to your opp units forcing your opp to trade with your The Undying this helps you on killing it and get him bigger and also on clearing your opp board which is important since The Undying can't block.
Next, I will give you an insight into the purpose of each card in this deck:

Fading Memories: Most of the time you will want to save this for your The Undying or your Cursed Keeper since this 2 card wants to die to activate their last breath effect, it also nice for popping a spell shield on a opp follower if you need to.

Shakedown: The new addition to this concept, grant vulnerable to two pesky units at the cost of damaging one of your units (which can help your The Undying on his suicide mission on getting bigger) Also a spell shield remover, overall a good card.

Warden's Prey: This poor soul objective is to be a chump block against fast phase decks and to help you not run out of options thanks to his last breath effect which can give you The Undying if you are lucky enough.


Cursed Keeper: This card synergy really well with this deck, if it dies it gives you an Escaped Abomination that can help you on defense or offensive, now on the way of killing it you have so many options thanks to all the cards that can dmg your own units or you can also use Chronicler of Ruin for a nice combo.

Fortune Croaker: This old frog lady is your way of not running out of gas, she is also a decent blocker and one of the ways of cheating an early Escaped Abomination.

Glimpse Beyond: Don't treat this card as your draw more engine, yes it does draw you cards at the cost of killing one of your cards but is better if you use it as a reactive tool to counter any of your opp shenanigans like Lee Sin Lee Sin's Dragon's Rage,  Tahm Kench An Acquired Taste or devalue an opp spell such as Concerted Strike, using it just to kill your The Undying is fine if you are running out of cards or you are not expecting a spell from your opp or your opp is out of mana.


Hired Gun: MF gf... Not much to say here, good blocker and another grant vulnerable which ignores spell shield.

Stalking Shadows: This is your "Find your suicidal Casper" card in other words your draw engine, you want to get your The Undying and Cursed Keeper from this card since it gives you two copies of the chosen card one of them being ephemeral which is an easy way of killing your unit for free.

Kalista: "The Lady of Vengeance" Tbh she is not that necessary here, she just here for the synergy and to play something on turn 3 if you somehow don't have The Undying, she levels up at an ok rate, don't go overboard on protecting her cuz she is more a 3 mana unit with good stats than a win condition in this deck so is fine to use her as a blocker to trade, if you level her up she can put a lot of pressure on your opp.

The Undying: This is the main character of this anime called Undying deck, unlike other animes this protagonist likes to die so you will want to kill him a lot, ok jokes aside to get the most out of this card try to always get favorable trades using vulnerable, also try to have 3 to a max of 4 onboard only focus on killing those to get them bigger, playing more than that amount can play against you since they cannot block leading to an easy-open attack from your opp.

Ancient Crocolith: Stat wise this is the strongest 4 mana card in the game trading with everything on turn 4, this overgrow croc sure does have a downside you need to kill 2 units in order to play it, a downside that if you have been paying attention until now you know that we don't mind at all. You can add another one to the deck if you feel like it, I prefer it as a one-off since is better to play Chronicler of Ruin on turn 4 to kill your The Undying to get your gameplan going.

Crumble: I prefer this card over Vengeance, it helps me with my gameplan of killing my units and at the same time it gets rid of any unit for only 5 mana with the downside of being slow (which it can be a big downside against decks that prefer to open attack) so you can swap this for Vengeance if you feel like it, this card also helps to destroy Targon wannabe Exodia landmark card Star Spring which can be really annoying to play against.

Jack, the Winner: Sharkboi goes boom on nexus, your pseudo finisher thanks to his passive Sleep with the Fishes which you can use on your The Undying making it easier for it to die if it hasn't died yet by the 2 dmg, it also has a great body for a 5 drop (Not only stats wise :3) making him a great defensive unit.

Atrocity: See how your opp cries in desperation when he doesn't have enough mana to stop you when you slap this bad boy on the board, if you didn't get it by now this is your finisher, in late-game after so much killing your The Undying it power should be high enough to finish your opp with this card, be careful when you use this card since it can be a big tempo lost if you don't succeed on winning after using it be mindful on the region that you are facing and their answers to this card Targon healing, Shadow Isles removal, Ionia Deny, on really extreme situations you can use this card to remove an opp unit in exchange of one of yours.

Now for the Budget options and some tech cards

The only epic that is a must of is The Undying (I mean it wouldn't be an Undying deck without it).

First for the champs, Kalista she can be swap out by anything, Blighted Caretaker is a good 3 drop that can help you clean your opp board, Doombeast gives you reach and some healing, Petty Oficcer also helps you against aggro, you can also add more Ancient Crocolith but this last one is a bit greedy IMO.

For Jack, the Winner you can exchange it for Ethereal Remitter which helps you on your gameplan of killing your units giving you at the same time a body (which can be really good if you ask nicely to the RNG God) another option can be again Ancient Crocolith.

Other cheap options can be Ravenous Butcher it Kills your unit... we love killing our units in this deck, Barkbeast can be a good card in this deck since you will have a bunch of killing, Mark of the Isles can take your opp off guard nobody expects buffs in Shadows Isles or BilgeWater, it also gives ephemeral to your unit helping your  The Undying to... yep, you guessed it, die.
Lastly Stirred Spirits might be good in this deck, I personally haven't tried it out but I can see the logic behind using it.

This is the end of the guide if you made it until here I just want to say thank you, if you have any suggestions you can leave a comment, also tell me what changes you will make to this deck.