If you're interested in drafting on MTG Arena, today's daily deals feature a 10% discount on a player draft token! 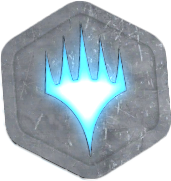 Normally, entering a draft will cost you 1500 Gems or 10000 Gold, so this discount reduces the entry to be only 1350 Gems or 9000 Gold. Get it while you can because this deal is gone tomorrow!

Here are the rest of today's deals.