Wizards of the Coast has announced a new round of bans in Historic (and other modes). Read on for more information on today's bans.

Additionally, we are updating the rules for cascade to address interactions in older formats. This rule will be implemented on Magic Online on Wednesday, February 17. The new rule for cascade is as follows:

The list of all banned and restricted cards, by format, is here.

Throughout the past year, with pandemic conditions resulting in fewer high-level tabletop tournaments, we correspondingly slowed the pace of banned and restricted list changes in nonrotating formats. Recent community discussion has made it clear that many fans of those formats are interested in seeing shakeups to those metagames. Today's changes represent us taking a close look at each of Historic, Pioneer, Modern, Legacy, and Vintage and responding to both play data and community feedback.

Our vision for Pioneer is to be a collection of the most fun, powerful, and iconic cards and strategies from recent Standard formats. However, there is a dividing line between "powerful and iconic" and "overbearing and unfun." In this update, we're addressing several cards and strategies that we feel cross that line and aren't representative of the play experience we'd like Pioneer to offer.

Uro, Titan of Nature's Wrath has become one of the most dominant creatures in Pioneer and is featured in several of the most played and most winning decks. Ultimately, we feel Uro's power level is out of line with other cards and strategies available in Pioneer. Play data indicates, and community feedback supports, that the metagame will be more fun and diverse without Uro.

Finally, we're seeing a concerning win rate and metagame share for the Oops! All Spells deck (which uses Balustrade Spy and Undercity Informer to mill its entire library, having no cards that count as lands while in the library). Given the difficulty of interacting with the strategy, it isn't easily held in check by natural metagame forces. We don't believe Pioneer can be at its most fun with Oops! All Spells being a large part of the metagame. So, we're choosing to ban Balustrade Spy and Undercity Informer.

As in Pioneer, Uro, Titan of Nature's Wrath has become a dominant fixture across many of the top Modern decks and operates at a power level that makes it difficult for other midrange and control strategies to compete with. To open space in the metagame for a greater variety of midrange strategies and other slower decks to coexist, we're choosing to ban Uro in Modern as well.

Along with Uro, we're also addressing two land cards frequently used by ramp and control strategies that we feel are decreasing diversity of gameplay patterns: Field of the Dead and Mystic Sanctuary. Both lands create repetitive and noninteractive game states in the late game for relatively low deck-building cost. To promote more back and forth gameplay and interaction over win conditions, we're choosing to remove them.

Simian Spirit Guide is a card we've had our eye on for some time as an enabler that speeds up fast combo decks. As the Modern card pool has grown, so too has the capability for decks to assemble early game-winning combinations from hand, with some recent examples including Oops! All Spells, Charbelcher variants and some builds of the recent Tibalt's Trickery deck. To slow down that category of combo decks as a whole and give opponents more time to set up interactive plays in the early game, Simian Spirit Guide is banned.

Finally, while there's been much discussion about new Tibalt's Trickery decks in several formats, we see Modern as the format where those decks are uniquely problematic via Tibalt's Trickery's interaction with cascade. While the overall win rate of the deck hasn't shown to be problematic, we believe it contributes to non-games that make Modern less fun to play. As the goal of this update is to shake up the metagame into a more fun spot, we're concerned that a continued metagame presence of Tibalt's Trickery decks would work against that goal. Therefore, we are banning Tibalt's Trickery in Modern.

While balance hasn't looked problematic in Legacy, we've heard community feedback that a few cards have come to draw too much of the focus for deck building and gameplay.

Oko, Thief of Crowns has proven powerful in other formats, but with Legacy having an especially high overall power level, we'd been waiting to see whether it would fall in line with the average power of the rest of the metagame. Over time, we've seen Oko continue to remain a major metagame presence and a contributor to lower diversity. With its huge card pool, Legacy is a format that should offer tremendous variety of deck-building options and reward innovative deck construction and tuning. Because of its power and flexibility, Oko can provide an easy answer even to unanticipated threats and defenses and generally homogenizes gameplay patterns in a way that's counter to the spirit of the format. Therefore, we're choosing to ban Oko, Thief of Crowns.

Arcum's Astrolabe is another card that has contributed to the power and consistency of Snowko decks. Traditionally in Legacy, deck builders need to make choices about whether to have easy access to many colors or build a mana base that's resilient to disruption like Wasteland and Blood Moon. Arcum's Astrolabe allows mana bases to have both high color flexibility and high resilience to mana denial that's a uniquely important part of the Legacy metagame. Ultimately, we think a narrow class of decks having such resilience for a relatively low investment is an advantage that leads to less metagame diversity.

Finally, we did discuss banning Uro, Titan of Nature's Wrath in Legacy as well, but we feel its power level is more in line with the overall power level of Legacy (as compared to Historic, Pioneer, and Modern). The bar is high for what three- and four-mana spells need to accomplish in Legacy, and we believe Uro can coexist as a competitive but not dominant option. Additionally, the bans of Oko, Thief of Crowns and Arcum's Astrolabe should significantly decrease the metagame share of existing decks that Uro naturally slots into.

Shortly after the release of Ikoria: Lair of Behemoths, Lurrus of the Dream-Den was added to the Vintage banned list as the only card on that list solely due to power level (for the unique reason that restriction was not a meaningful solution given the companion mechanic). At that time, the power level benefit of using Lurrus as a companion was far too high relative to its deck-building cost. However, we've since changed the companion rule to require additional mana investment, which comes at a premium in the context of Vintage power level.

A key aspect of the spirit of Vintage is that we'd like as much of Magic's card library to be available as possible. So, we're running the experiment of unbanning Lurrus of the Dream-Den. We'll be keeping our eye on what this does to the metagame and are willing to revert the change if needed, but we believe that Lurrus should be given another chance to prove itself under the new companion rule.

Modal double-faced cards were designed to allow both faces to be playable in all situations. For example, if an effect lets you cast spells from the graveyard, players expect to be able to cast either face. Feedback has shown us, however, that in situations where certain criteria are mentioned, being able to play or cast the back face when it doesn't meet those criteria is not intuitive. This confusion, plus being allowed to cast spells without paying their mana costs that you shouldn't be able to, makes cascade an issue.

As a result, we're tweaking cascade such that the spell you cast off the triggered ability must also have lesser converted mana cost than the spell with cascade.

Here is the new cascade rule:

For example, if you cast Bloodbraid Elf and exile Valki, God of Lies from your library, you'll be able to cast Valki but not Tibalt, Cosmic Impostor. On the other hand, if you exile Cosima, God of the Voyage, you may cast either Cosima or The Omenkeel, as each face has a lesser converted mana cost than Bloodbraid Elf.

This change isn't limited to double-faced cards. It also changes the way cascade works with anything that has a "dominant" set of characteristics, like the Adventurer cards from Throne of Eldraine. For example, if Bloodbraid Elf causes you to exile Fae of Wishes, you may cast Fae of Wishes, but you may not cast Granted. 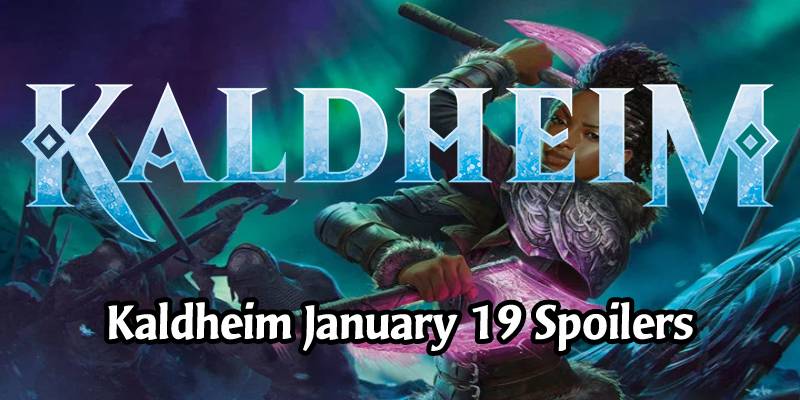