Wizards of the Coast has announced March's event schedule for MTG Arena. You can find more details below.

Read on for the full details from Wizards of the Coast. Let us know what you think of the announcement in the comments below.

This weekend, March 11–13, tune in to the Neon Dynasty Championship where over 230 amazing players will face off in Alchemy and Historic formats for $450,000 in prizes and six invitations to Magic World Championship XXVIII later this year. 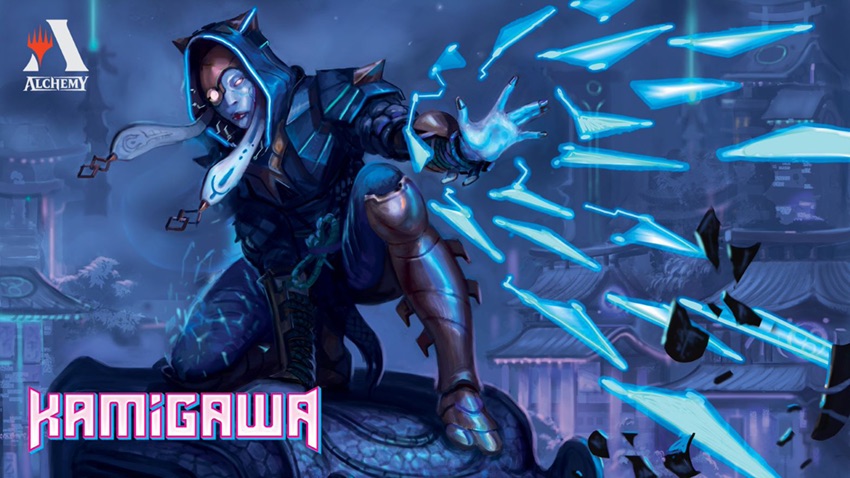 Plus, for a sneak peek of what's next for these formats, we'll be previewing cards for the upcoming Alchemy: Kamigawa set during the Top 8 broadcast on Sunday, March 13. Check out the Neon Dynasty Championship Viewers' Guide for more info on where and when to watch!

Master the ways of the samurai in The Unbroken Blade event coming March 18–25. You'll have the Studying the Blade emblem, which will keep your solitary attackers strong and slicing through the competition, giving +1/+1 to creatures that attack alone (or a +1/+1 counter if you pay the additional life cost).

Prizes include twelve showcase Samurai card styles from Kamigawa: Neon Dynasty, such as this one: 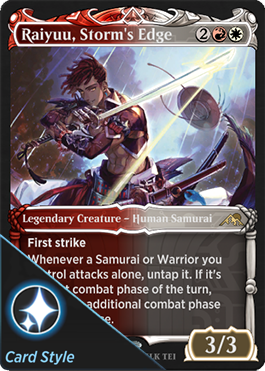 Prizes include twelve showcase Ninja card styles from Kamigawa: Neon Dynasty, like this one: 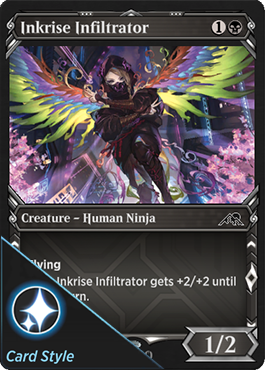 Midweek Magic events begin on Tuesdays at 8 a.m. PT and end on Thursdays at 11 a.m. PT. 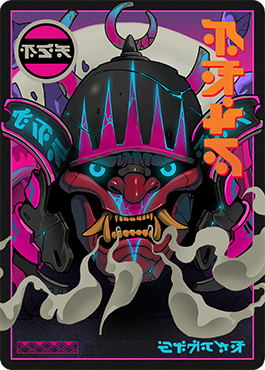 The 10 Most Influential Bears of Magic the Gathering