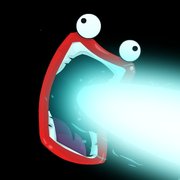 Hey, everybody.  Life treating you good?

Just a casual Hearthstone player that's been playing since the dawn of beta.  Never actually hit legend (yet!), but still having a blast creating crazy decks, looking at what's new with Hearthstone, and introducing new players to the great game of Hearthstone.  Also personally enjoy both seeing and creating creative usernames that are funny, kind of like mine.

Used to be a huge HearthPwn follower until you-know-what happened, and now I check this site daily for news and deck ideas.  Recently been loving the new PVE content since they stopped creating non-replayable adventures.  Ever since the introduction of Dungeon Run, I have been diving in and out of the ladder.  It's what kept me when the meta got super stale.  Rise of Shadows has the best single player content by far in my opinion.

Favorite mode is the Decks Assemble Tavern Brawl.  Only reason that's my personal favorite is I play a lot of Dominion, DC Deck Builder, and Trains.  (Don't worry if you don't know these games.)  Created a thread to clarify the rules of the game and interactions with select cards just in case someone new comes in and doesn't know what the heck's going on.  Check it out when you have a minute and pass it on to a friend if they are having trouble understanding how the brawl works.

If Blizzard were to create a new game mode, I would personally love for them to use their Decks Assemble idea and run with it.  Kind of balance it out to make it a little less high-rolly (the rotation of Doomguard and Total Cataclysm helped), but would personally be okay with it being a separate mode by itself.