Attention, soldiers! Mythgard's newest expansion, The Winter War, has just launched, and it brings terrible conflict to the world. If you want to survive out there, you better pay attention to this here survival guide. Let us begin!

A Small Ration To Start The Battle

Pick a side in the conflict. Redeem either 'ENLIST' or 'RESIST' to gain 5 packs and either the Alliance Command Center or the Rebellion Safehouse Path. 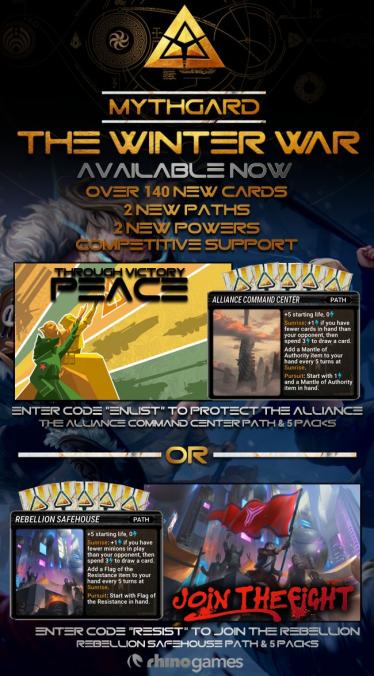 You can only redeem one of these special codes per account. Choose wisely!

Brand new players can also redeem the code 'WelcomeChallenger', which offers the following:

If you have previously redeemed a welcome package, this code will not work.

Pick A Side! - Join The Triforge Alliance, Or Sing The Anthem Of The Rebellion

War has a tendency to divide people. Such is the case with the factions in Mythgard: You have Alliance of Atzlan, Dreni, and Parsa, against the Rebellion of Norden, Oberos, and Harmony. This new divide brings with it as tri-class cards, a first for Mythgard: 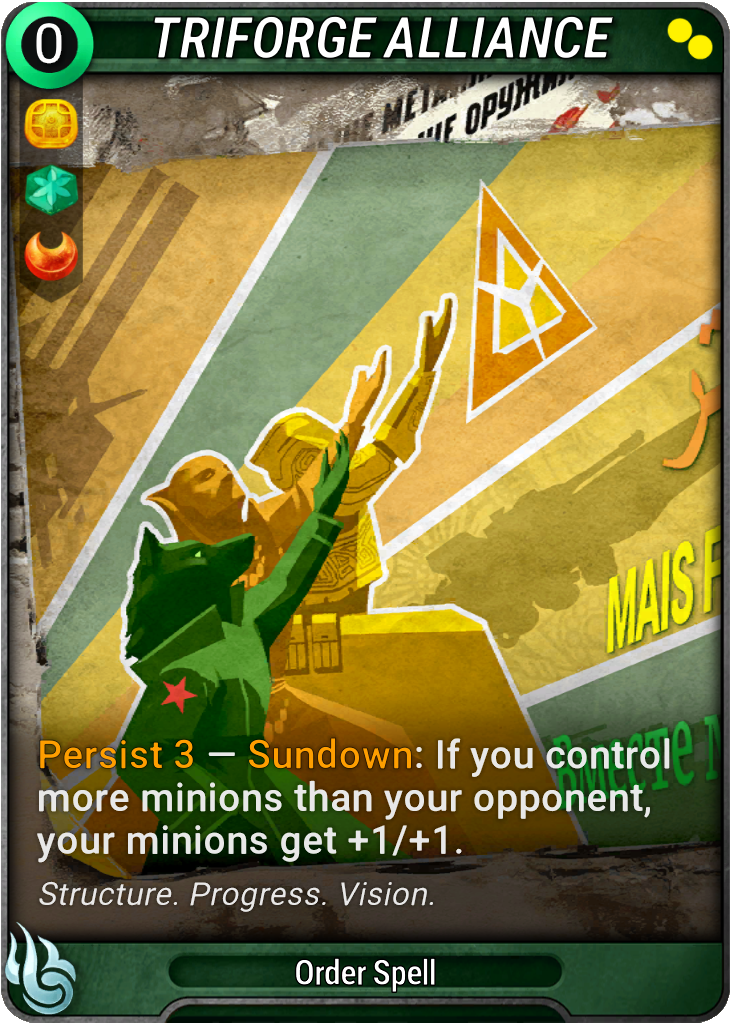 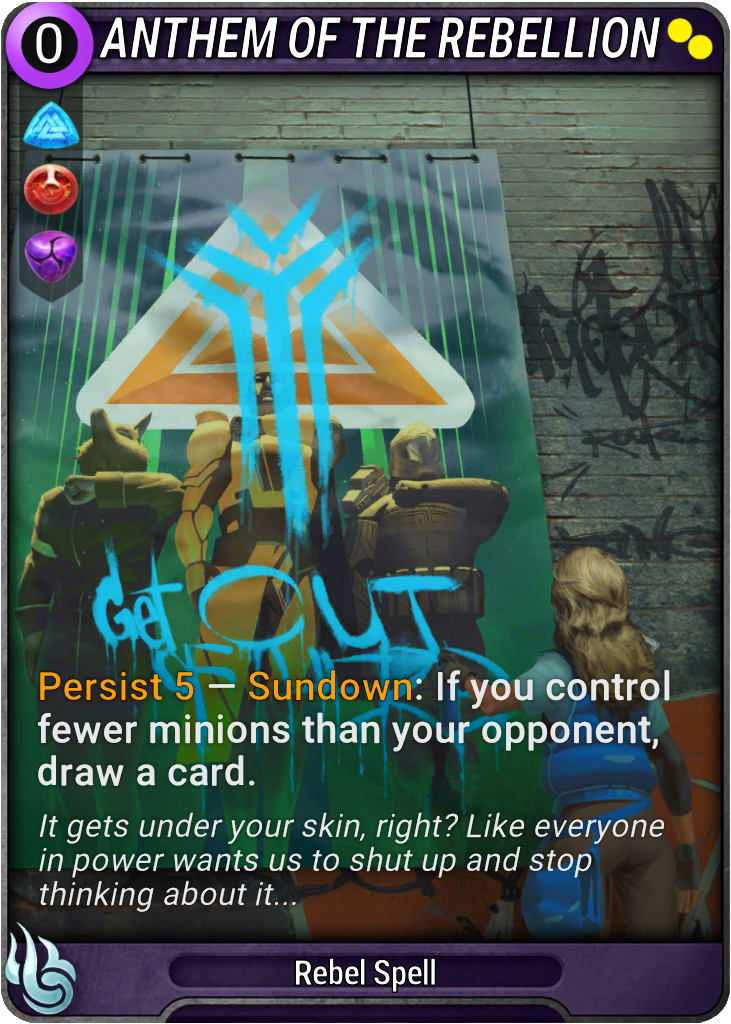 This new split also entails new Paths to follow, and new Powers to wield, pulling in opposite directions form each other: 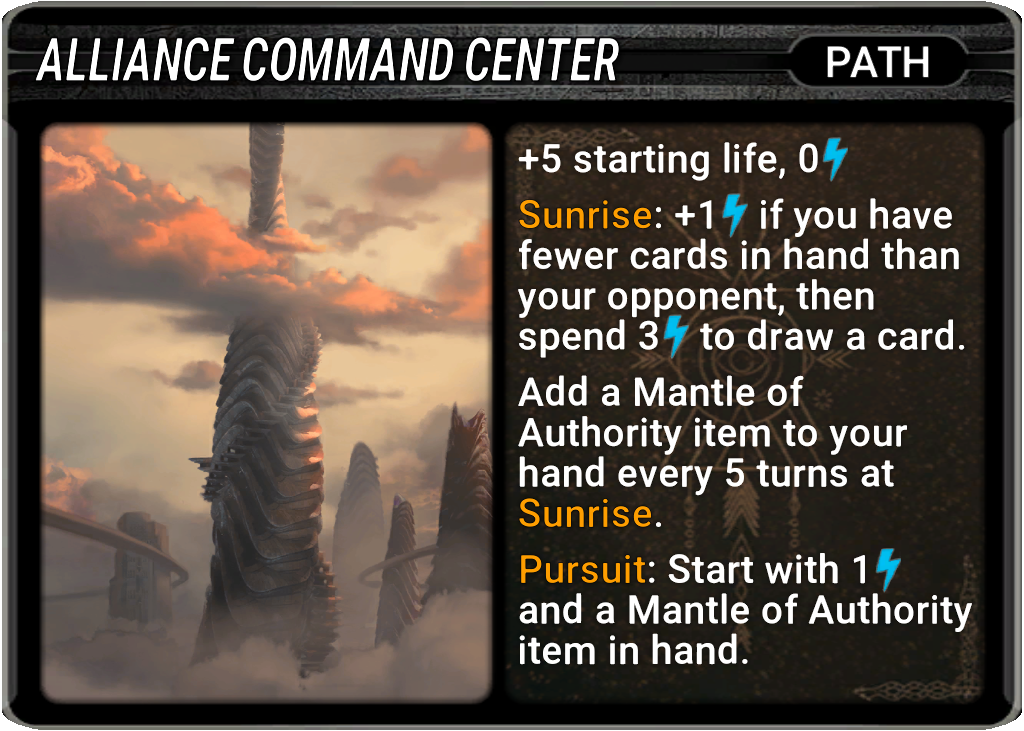 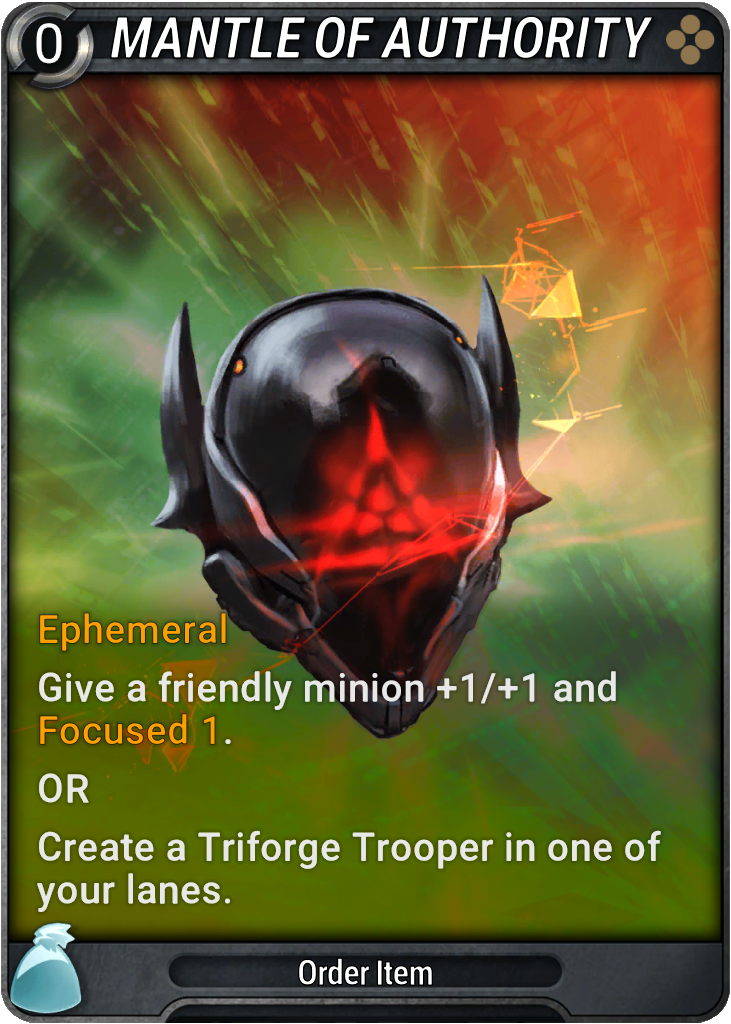 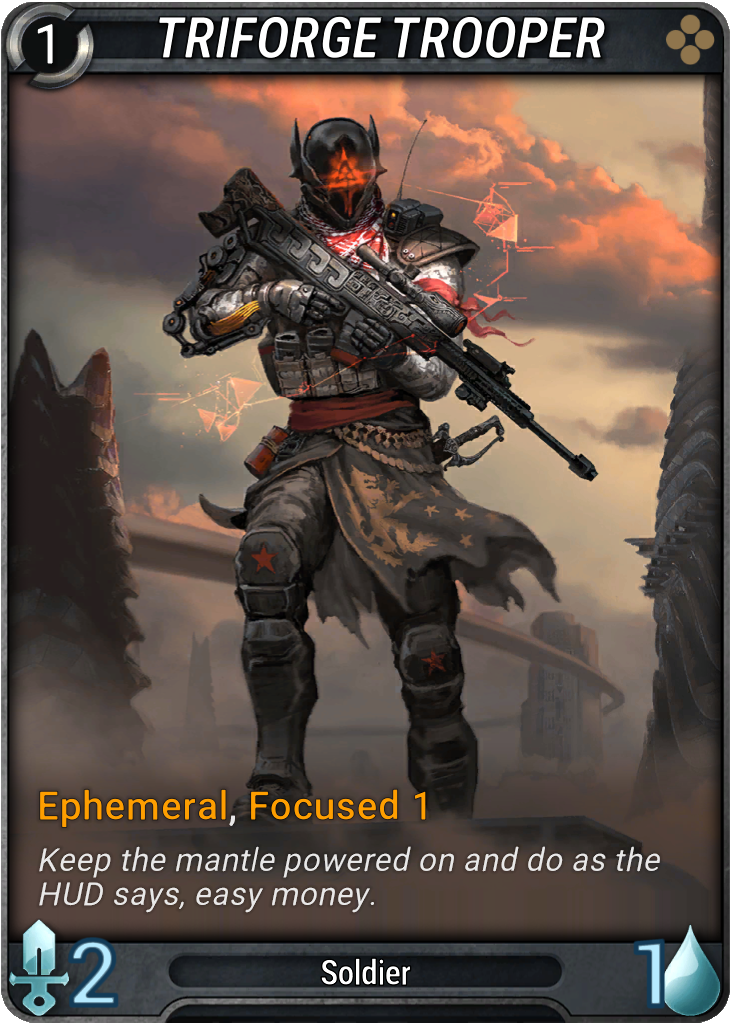 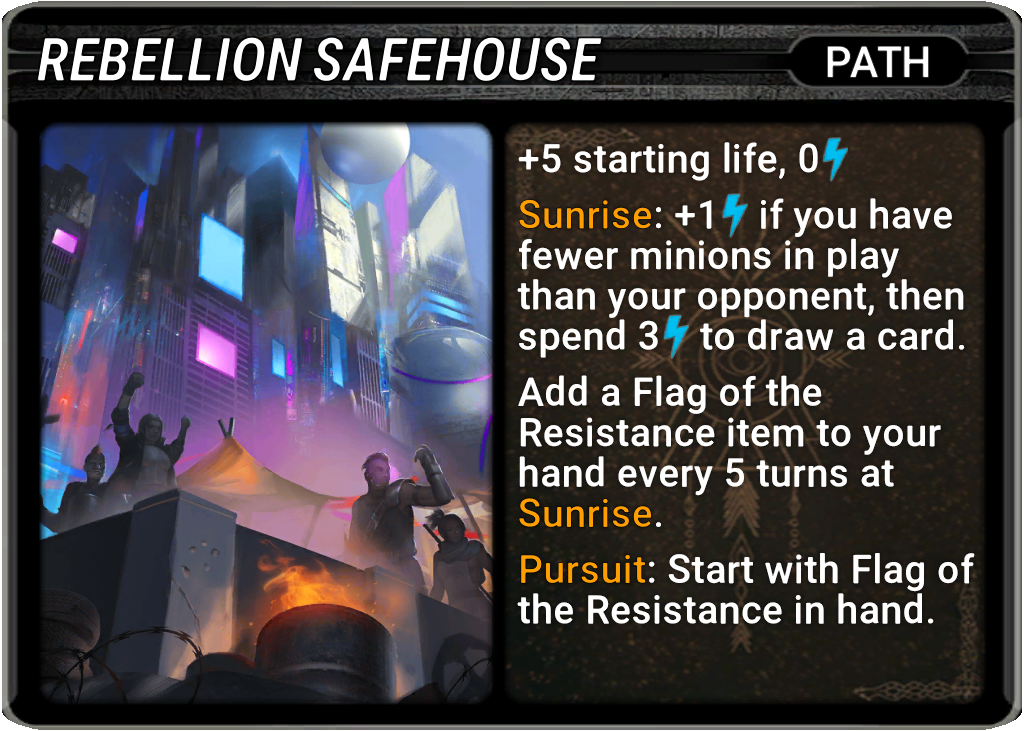 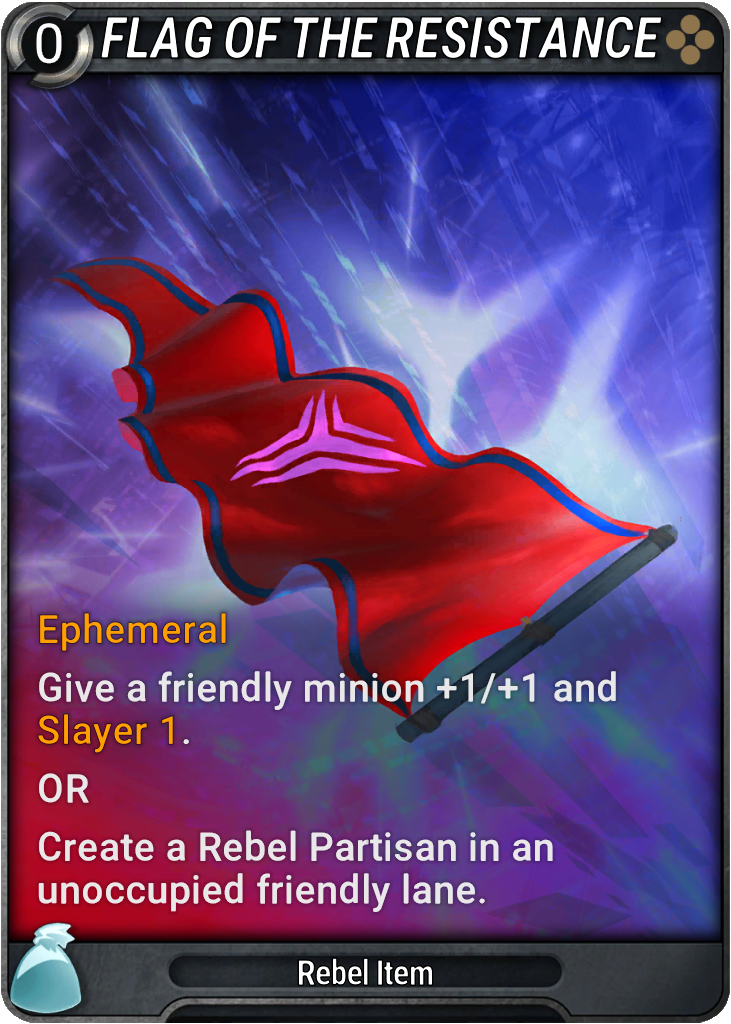 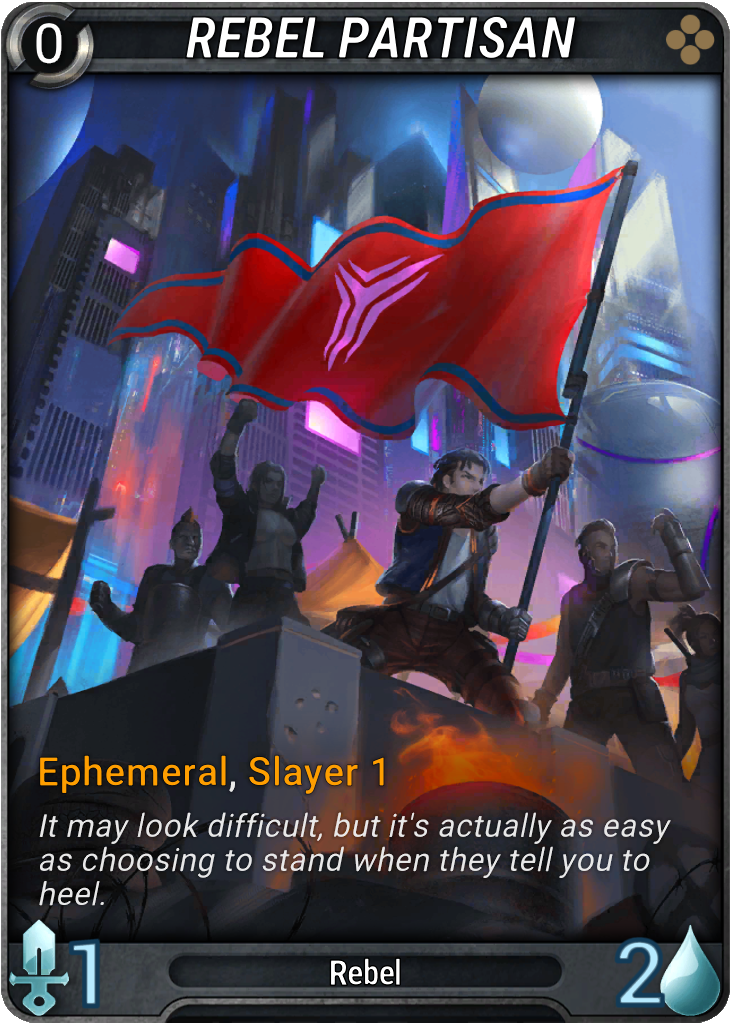 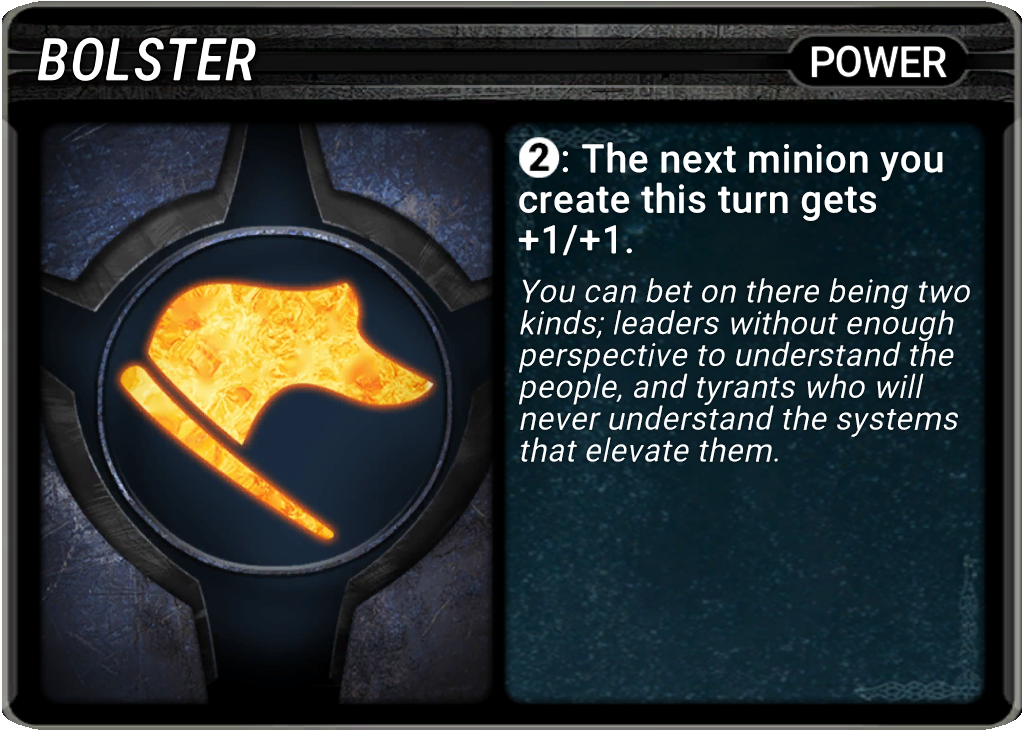 The Triforge Alliance lives up to its name, with the Magpyre Corp, the Ved'ma witches, and the Parsan Empire, the world's most powerful entities, banding together and using their resources to create an army of Constructs loyal to them and only them: 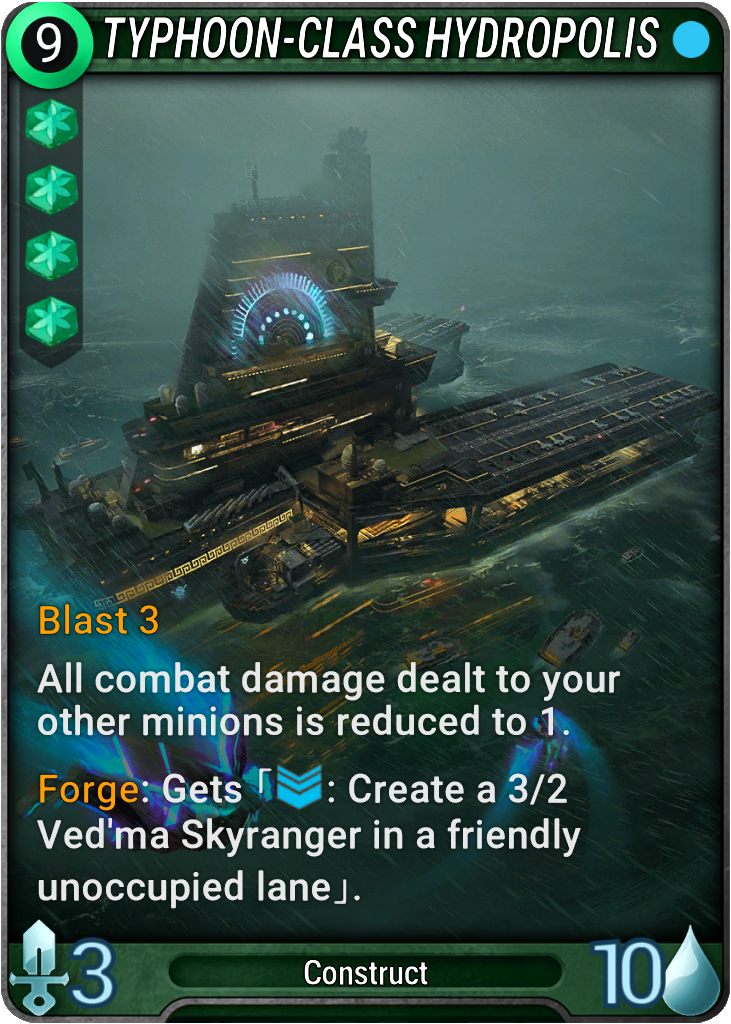 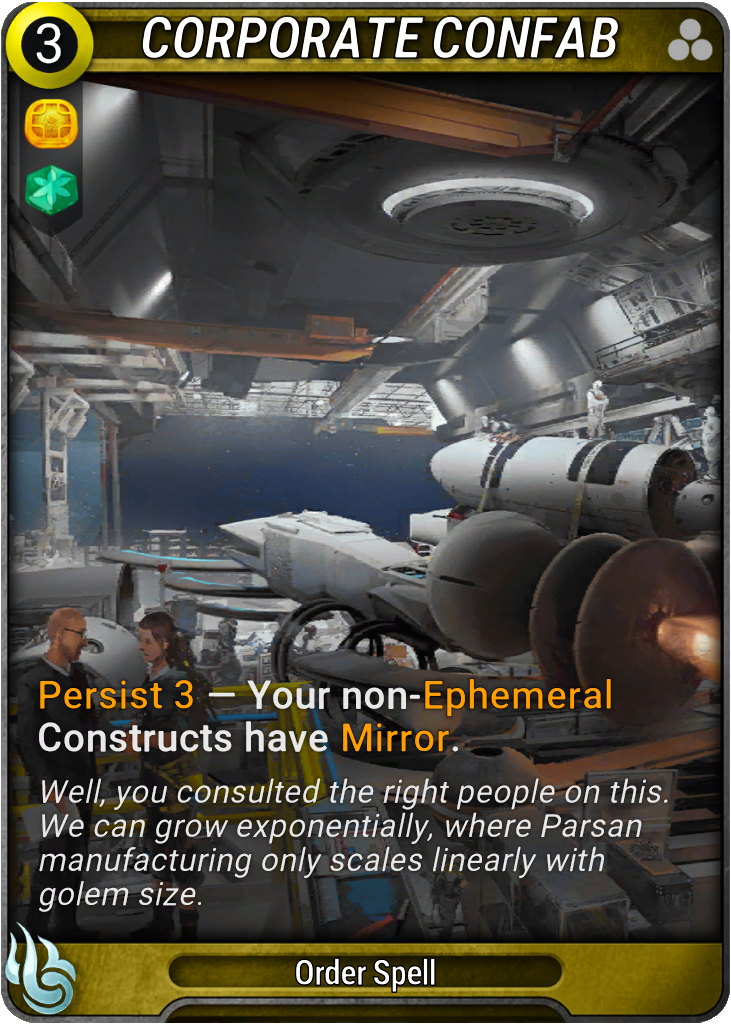 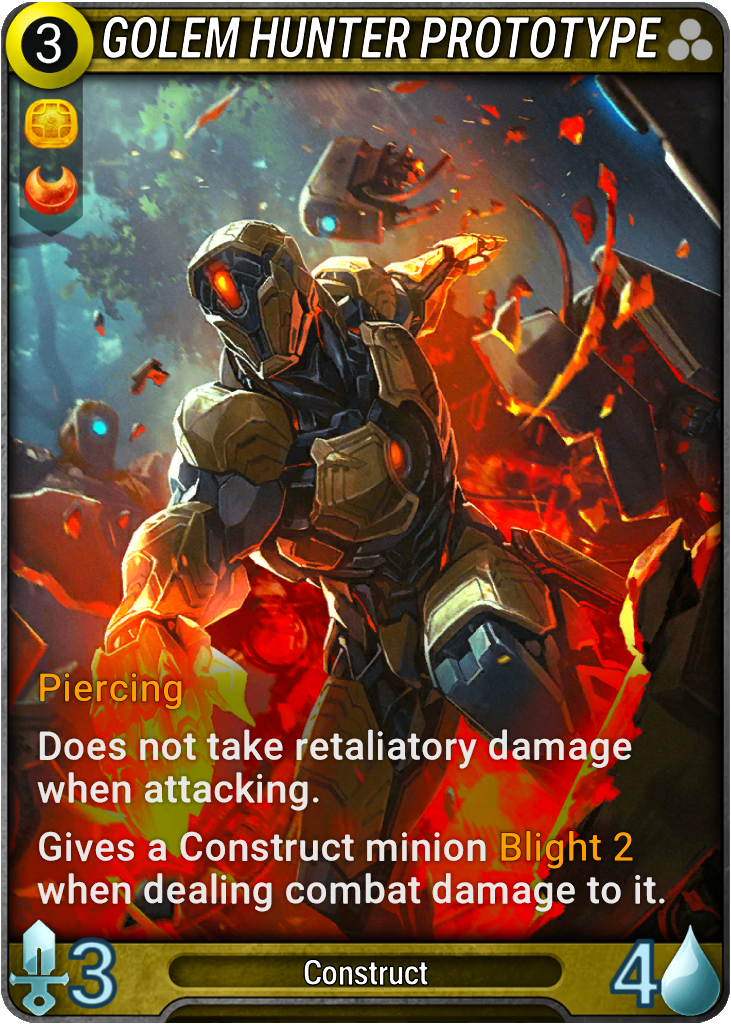 Meanwhile, the Rebellion, must make do with what they have, thus focusing on disrupting their enemy at every step. However, their plans might get foiled by Cultists, who use their amazing powers to transform into day to day people and hide among the Rebels: 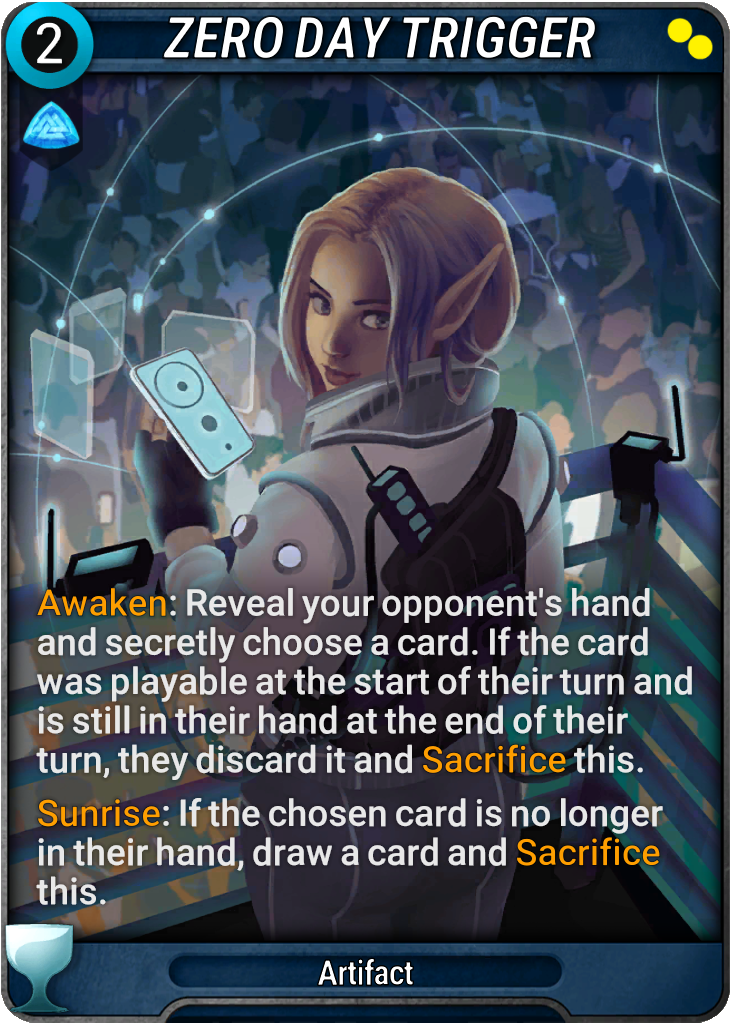 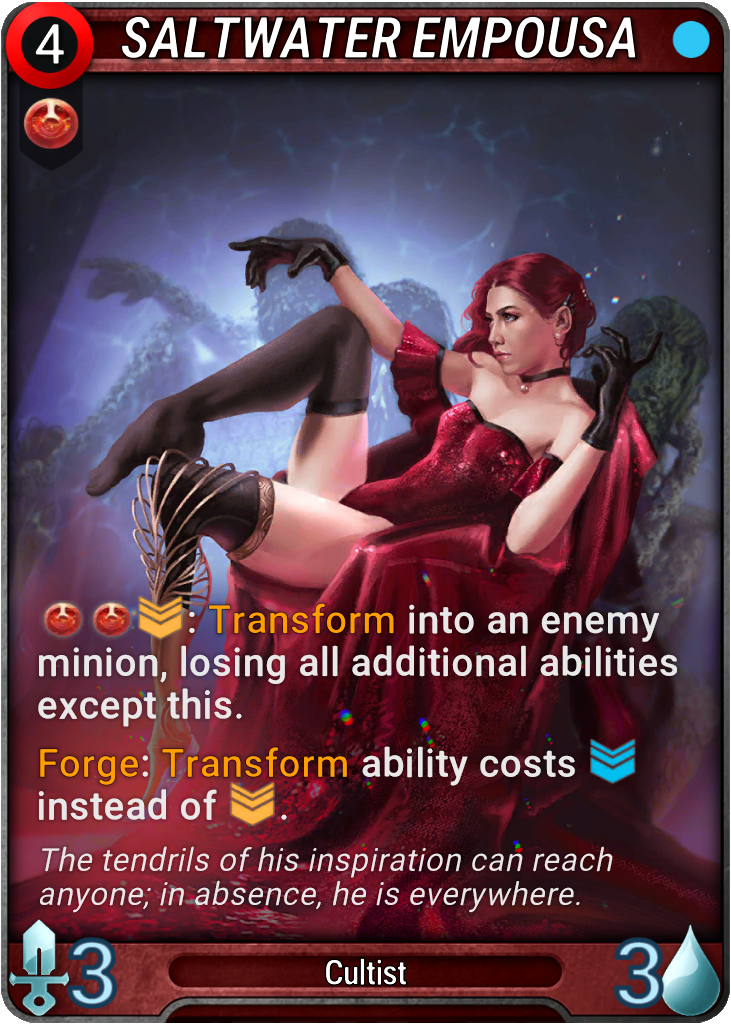 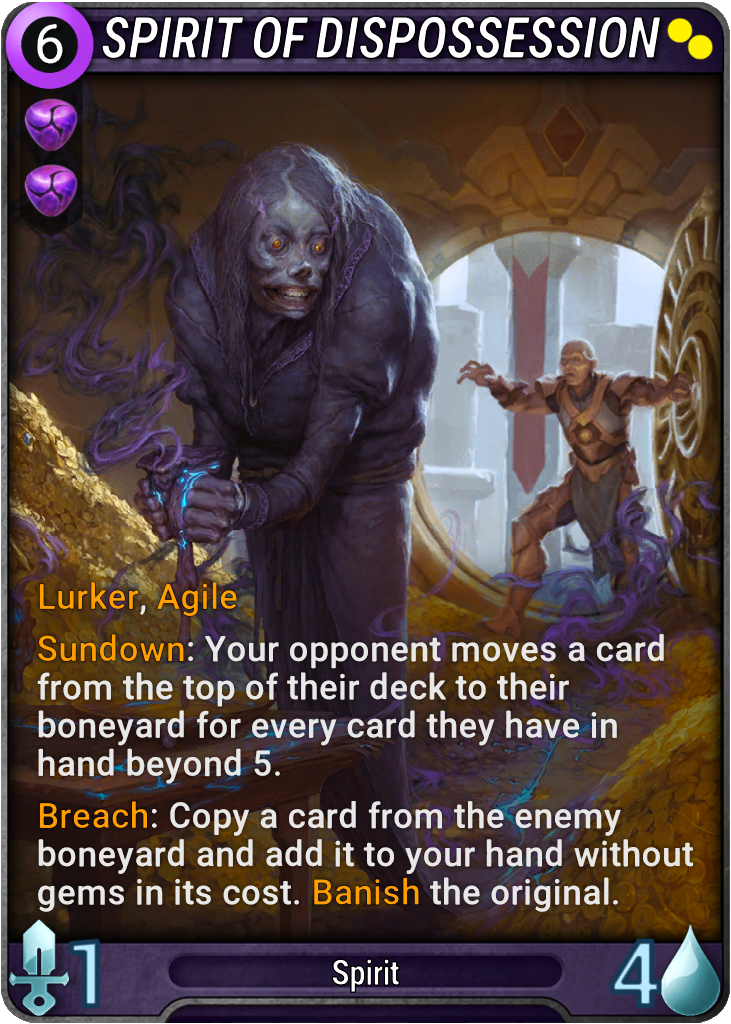 Not all is as cut and dry, of course. There are those on one side who would use the power from the other, with cards that have abilities that require cards from another faction, another first for Mythgard: 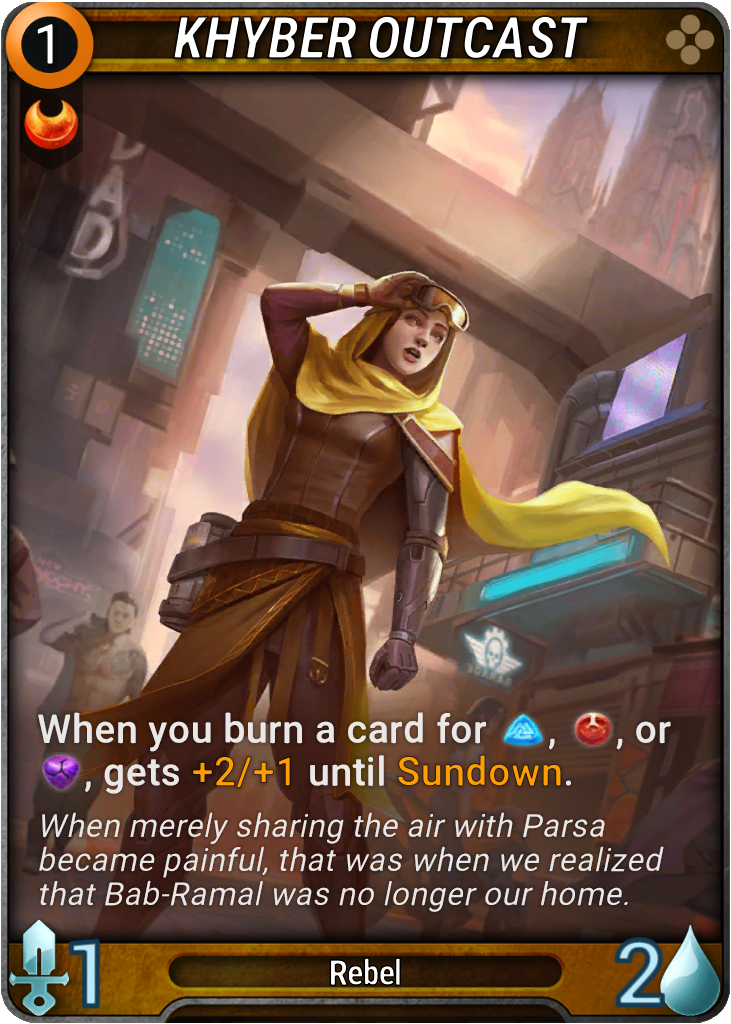 Be Prepared For The Battlefield With This Bundle!

With a new expansion comes a new bundle:

For 30 USD/EUR, you get 25 TWW packs, 1000 Mythril that you can spend on cosmetics or more packs (in which case you can buy up to 6 more packs, and have 100 Mythril left over), the new Path and Power (those can also be obtain non-monetary means), and exclusive cosmetics for your card back. No need to worry about missing out on the bundle, it'll still be in the Store once the expansion launches.

Pro tip: You can buy the bundle now, but save the Mythril for later. There's occasionally discounts in the shop where you can buy stuff for less Mythril.

This Winter, To War!

The Winter War is available RIGHT NOW on Steam, and will be available later Android and iOS (might experience delays, see Patch Notes below). If you want to give the game a shot without installing it, you can try it out in your browser of choice on their official website. Be sure to sign up to their newsletter so you don't miss any important updates or free giveaways, and join the game's Discord server to interact with the community. You can also come talk about Mythgard on the Out of Cards Discord!

With Patch 19.6, the Winter War has begun. The new expansion is here, along with a multitude of new cosmetics. In addition, the patch brings with it the inaugural ranked ladder season for the 2021 Competitive Season as well as numerous bug fixes. Be sure to check out discord / your mailing list for new codes!

Arclighter can be unmade at cost if crafted within the last 20 days.

In combination with several of the new low-cost green spells introduced by Winter War, the 3/2 version of Arclighter was simply too much. 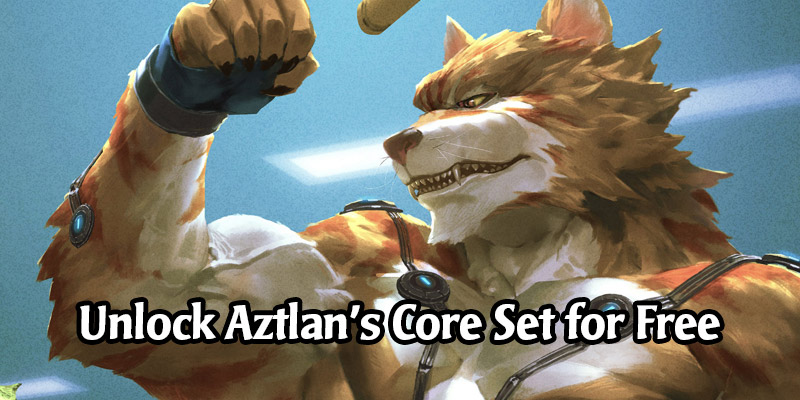 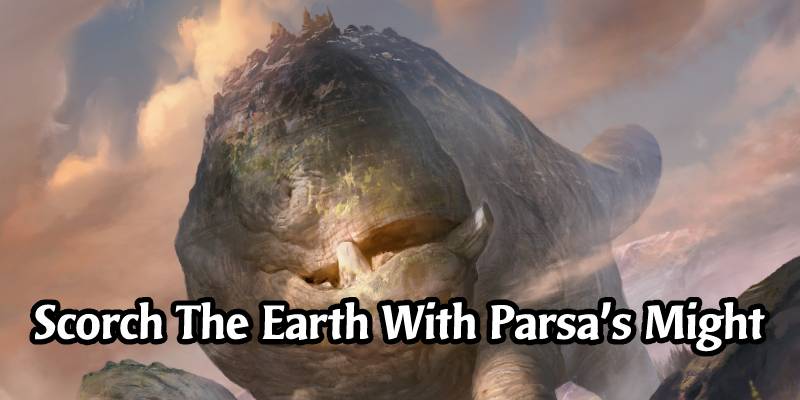 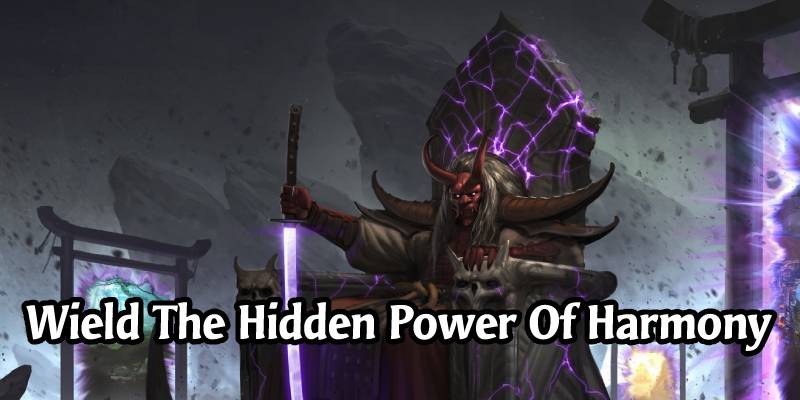 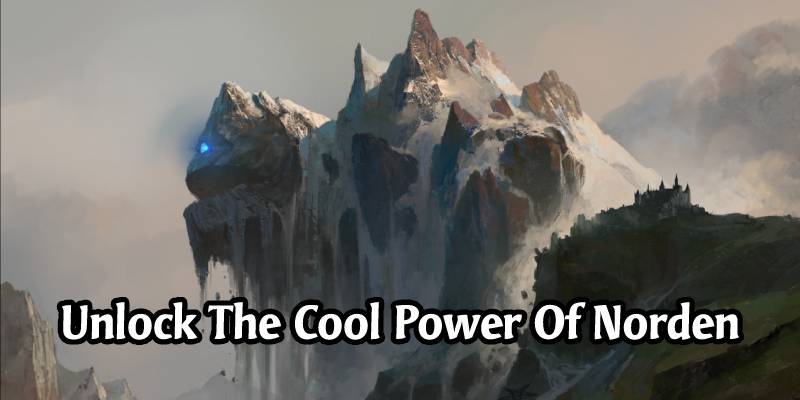 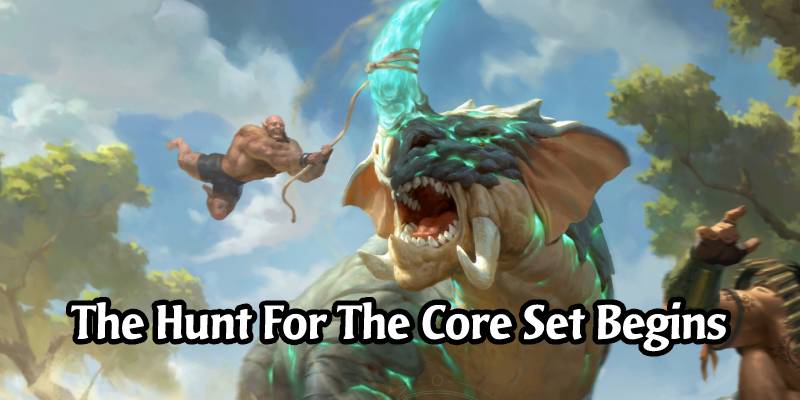 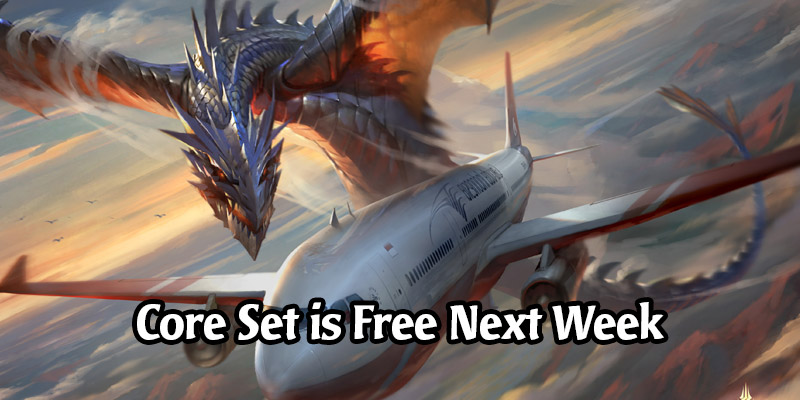