Rhino Games has announced there's a balance patch coming later today. This is a Live Patch, so there shouldn't be anything to download. Patch will go live at 10am PST / 19:00 CET. 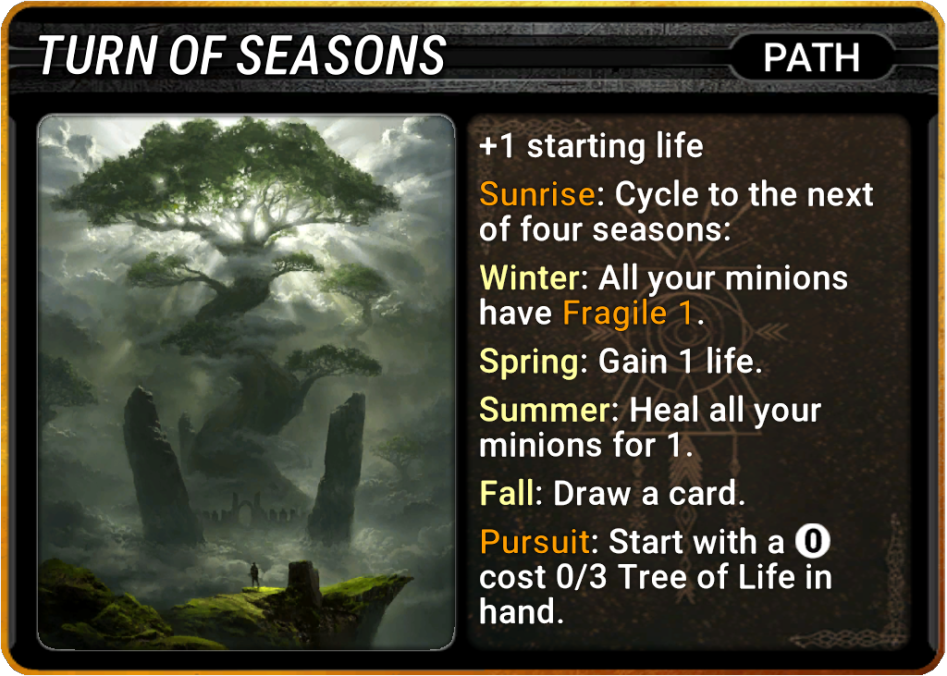 Knoll Of Conquest - Deals 1 damage to your opponent (down from 2). 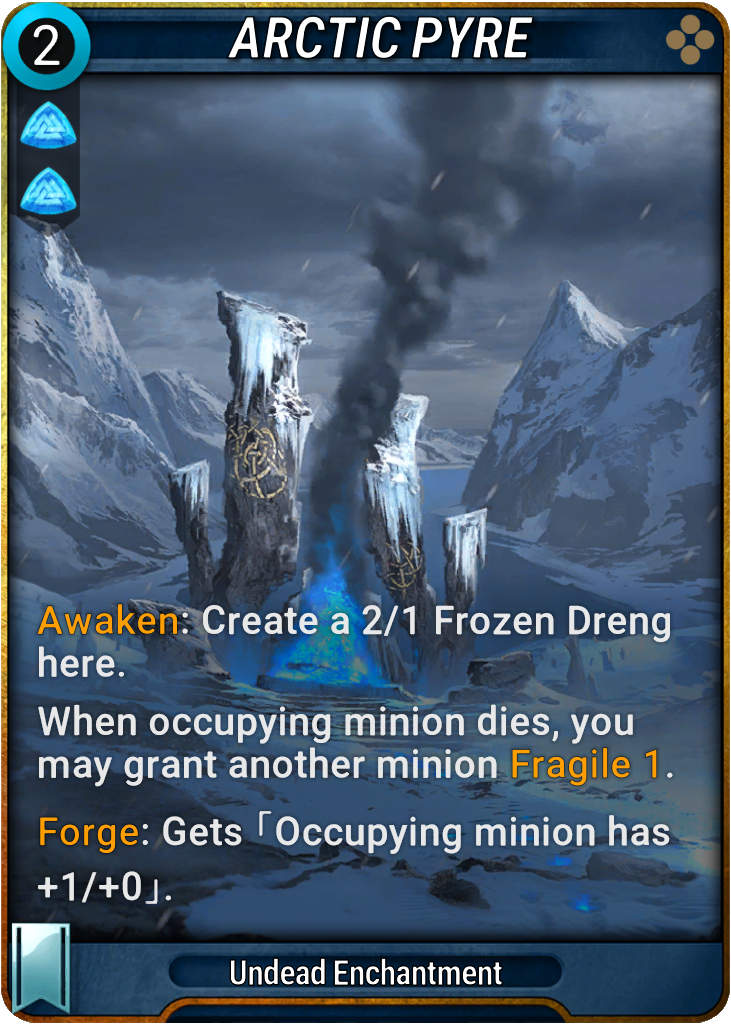 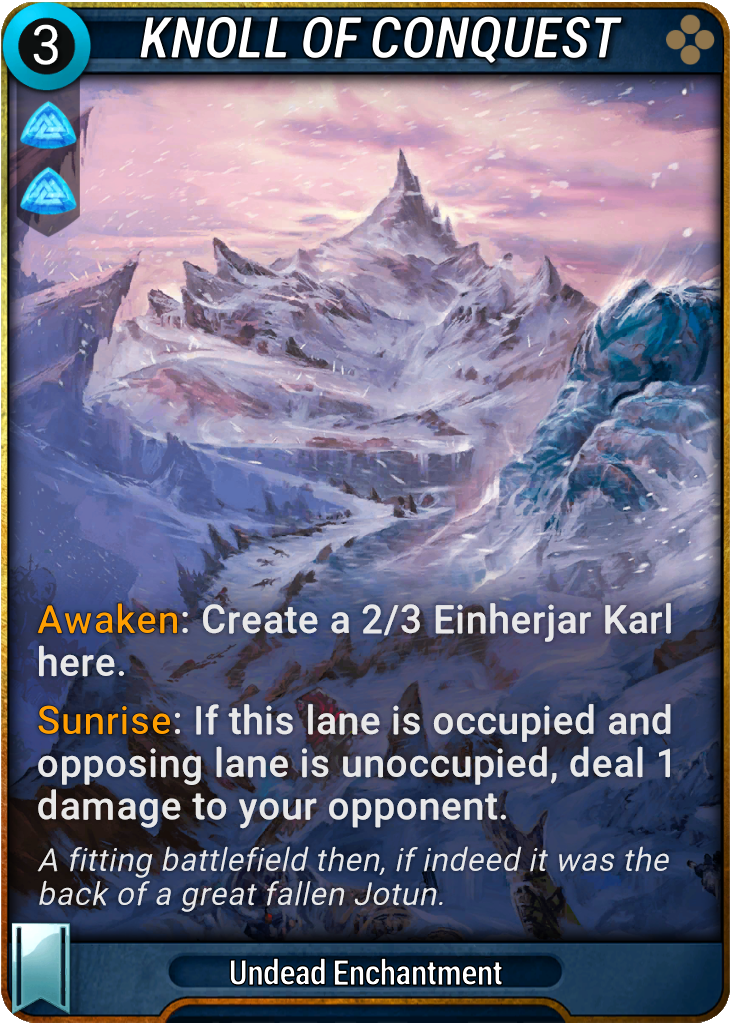 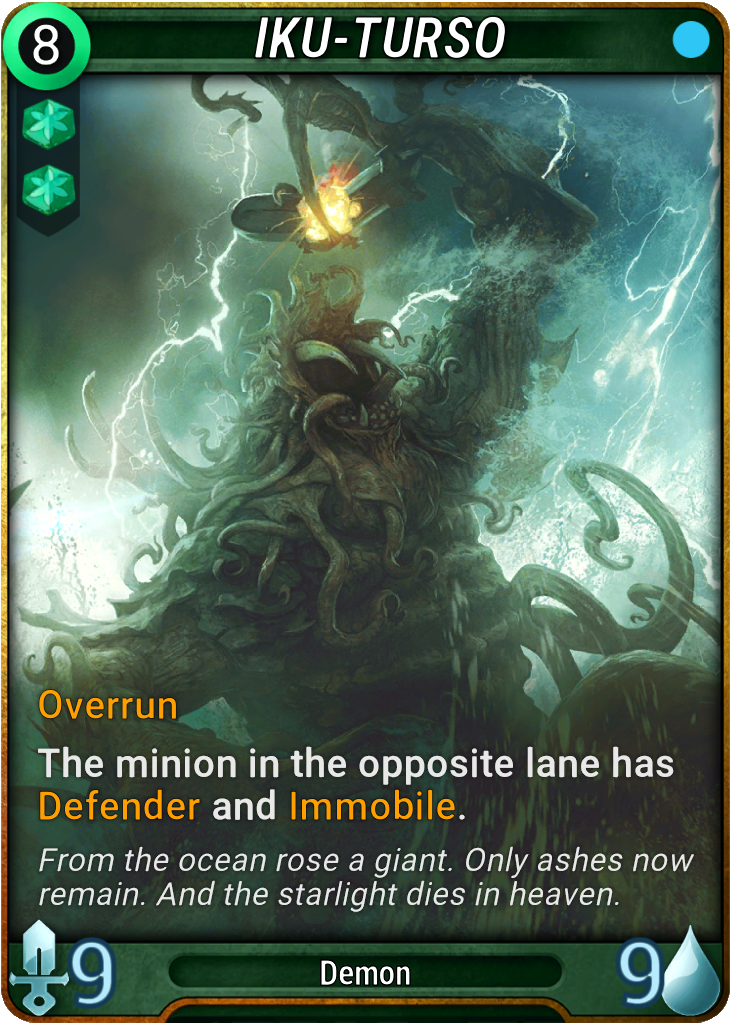 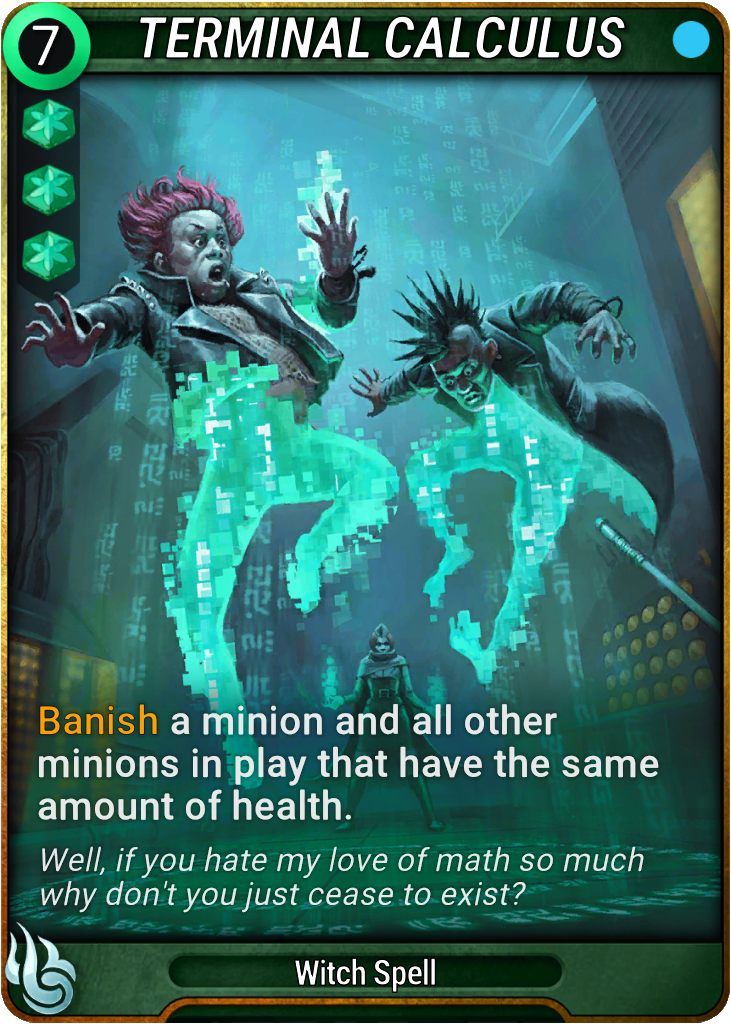 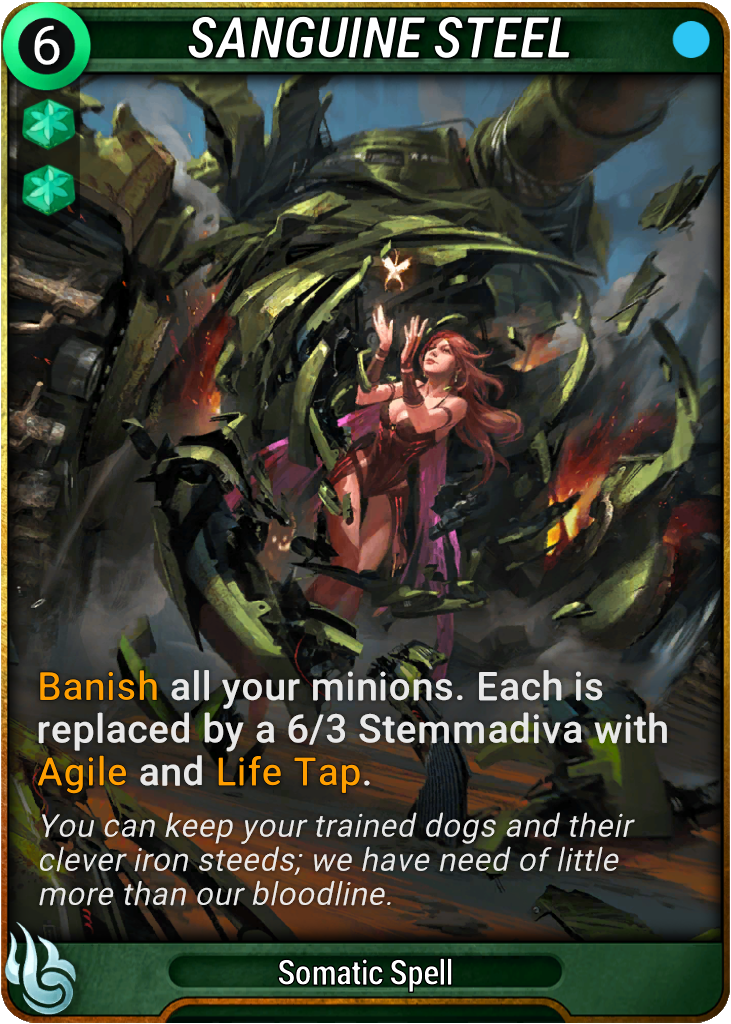 Venomfang Mutant - Has 3 Health (down from 4) 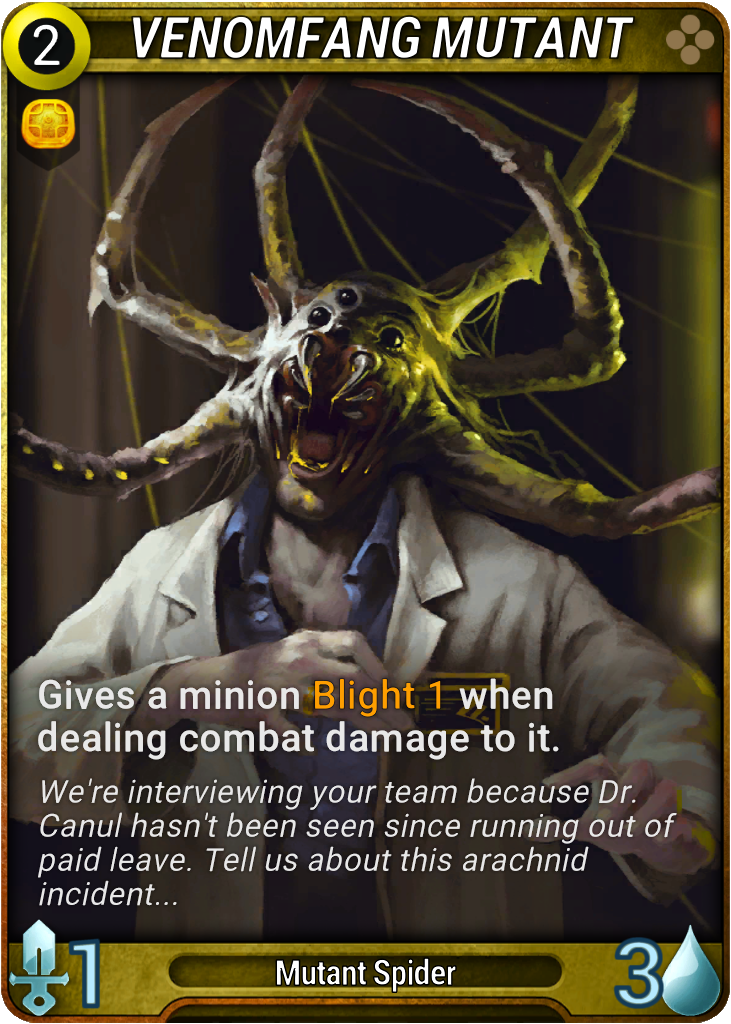 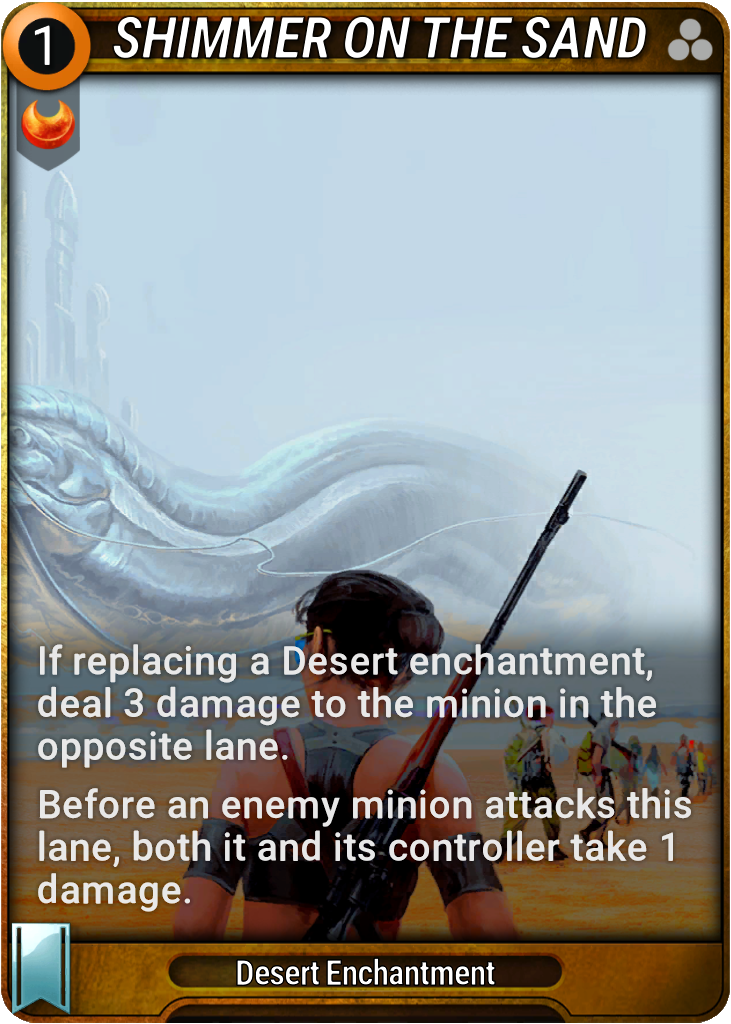 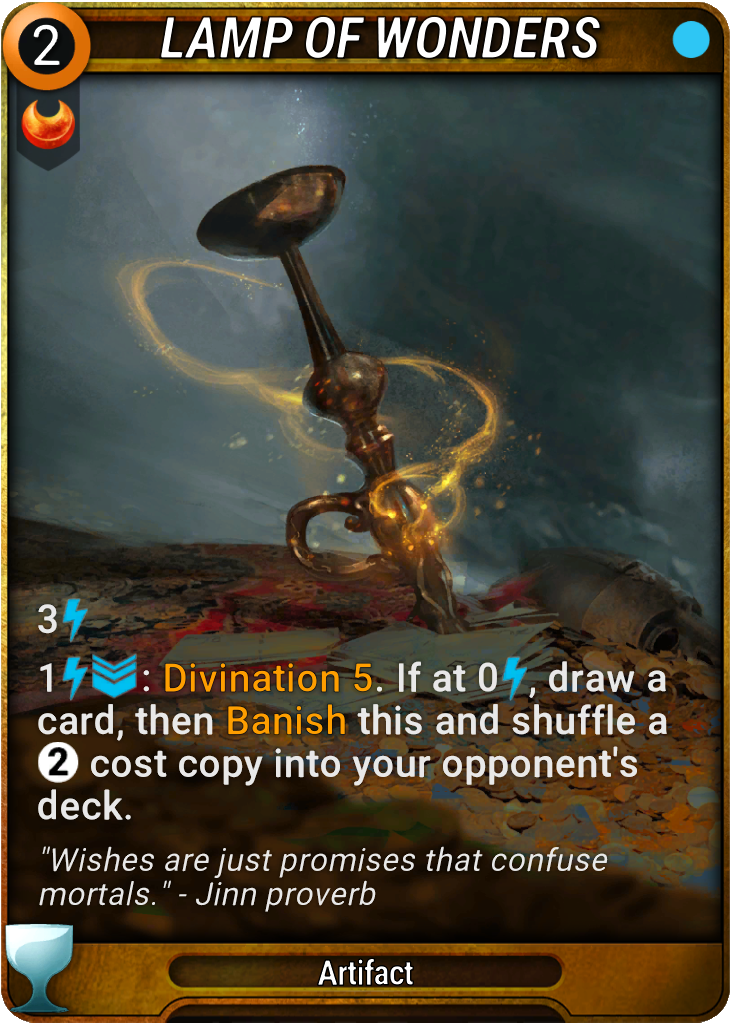 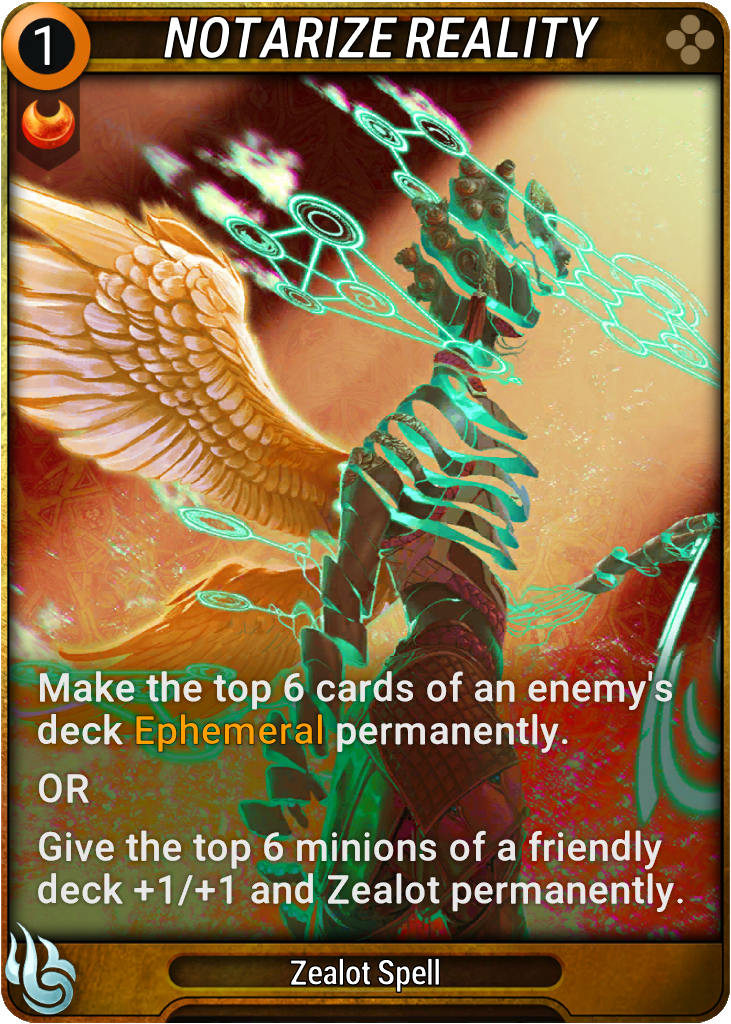 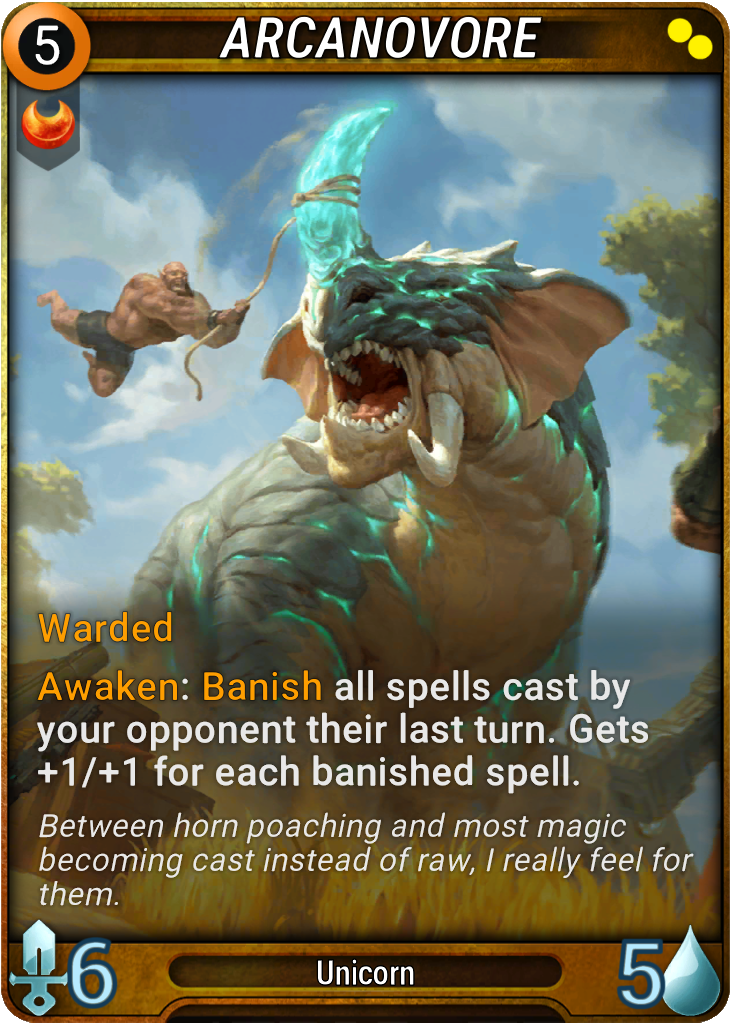 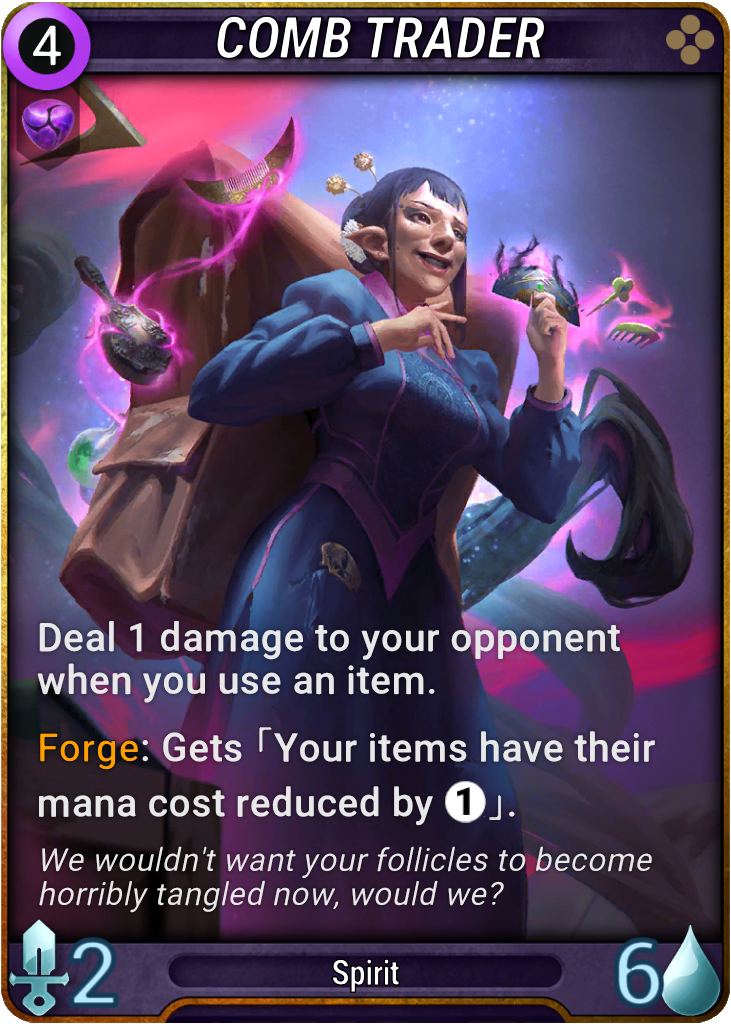 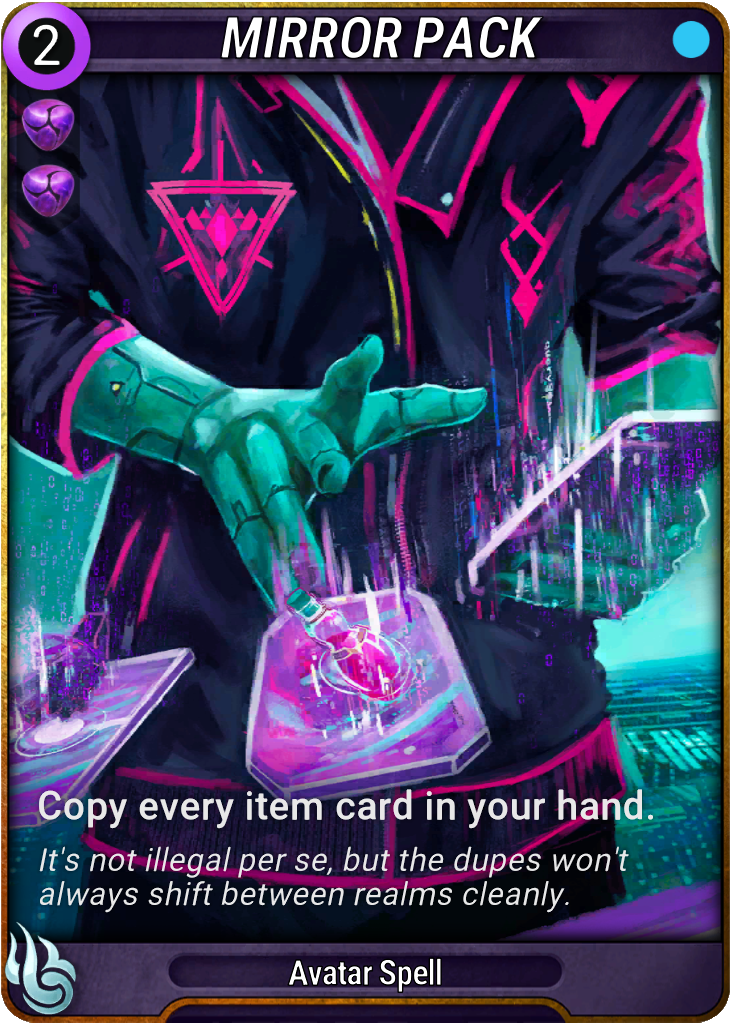 
Turn of Seasons
Starting Life: 2
→ 1
After the last pass at starting life totals for Paths, most look to be in a better spot. Turn of Seasons was moved from +1 to +2 in that patch in anticipation of the impact of the other life total changes. It's overperforming at 2 so we're putting it back to 1.

Arctic Pyre
COST: 2B
→ 2BB
Arctic Pyre, like Knoll of Conquest, represents a bit too much power for Rainbow's End decks. While we do enjoy the cards we can create when doing enchantments that spawn minions on Awaken, we're reigning each of these back in just a bit.

Knoll of Conquest
…
deal 2 damage
to your opponent. → …deal 1 damage to your opponent.
As stated above, just removing a bit of power from Pyre and Knoll and moving the damage deal to face should make it a little less likely you have to contest this every time it's played.

Iku-Turso
COST: 7GG
→ 8GG
Iku-Turso is a pretty large body for 7 mana so we're pushing it to 8 to slow down the power curve of the Dreni top end a bit.

Terminal Calculus
COST: 6GG
→ 7GG
Some more slowing of the Dreni top end. This did leave us with no 6 cost green spells so we're moving Sanguine Steel to 6, as it's not performed well since it was released.

Sanguine Steel
COST: 7GG
→ 6GG
Moving Terminal Calculus to 7 left a gap in the curve that we decided to fill by moving Sanguine Steel down. We don't expect this to make the card significantly better but now it might be worth thinking about.

Venomfang Mutant
1/4
→ 1/3
Venomfang Mutant's large defensive stat line was contributing to rogue aggro strategies being hosed by control decks just a bit too often. Reducing its health should allow for more clean kills where aggro decks aren't throwing all their bodies to a field of 2 Venomfang Mutants.

Shimmer on the Sand
…
deal 2 damage
to the minion… → deal 3 damage to the minion…
Orange has been fairly weak for a while now so we're making a few targeted buffs to some of its lesser-played cards.

Lamp of Wonders
Divination 4
→ Divination 5
This change is particularly exciting. Lamp of Wonders was definitely not a weak card before but wasn't really showing up outside of Rainbow's End decks. We think this in conjunction with a change we're making to Notarize Reality could make for some neat use for Lamp outside Rainbow decks while also still giving some help to Rainbow decks affected by the nerfs to Arctic Pyre and Knoll of Conquest.

Notarize Reality
COST: 2O
→ 1O
Moving Notarize Reality to 1 is a little scary. We have this dream where some new aggro strategies around using Notarize on 1 to hit a buffed minion on 2 could open up some playability for some otherwise lesser-played 2-drops. This is one we'll keep a close eye on and follow up on if needed.

Arcanovore
6/3
→ 6/5
Arcanovore was launched in a weaker state due to how potentially large it gets. We've found that to not be the case in practice and will move some additional power into the initial body.

Comb Trader
2/5
→ 2/6
Giving Comb Trader an extra health should make it a bit stickier and more likely you can live your item-flinging dream more than once.

Mirror Pack
COST: 3PP → 2PP
This change is not going to affect when Mirror Pack is played but will give you the 1 extra mana for aforementioned item-flinging dreams.


Any copies of
Arctic Pyre, Knoll of Conquest, Iku-Turso, Terminal Calculus, or Venomfang Mutant
that were crafted on or after July 25th will be eligible for a full refund.