Monumental just released a new patch for Mythgard. Not much stuff going on here, as it's mostly a bug-fixing patch, but it does mean that we're getting closer and closer to the much anticipated re-release of the game. Of note is that some of the fixes are focused on the web version of the game, so there's a chance it might make a return after it was discontinued by Rhino in Patch 20.1.7.

There is some fun stuff going on, though. A new Card Material has been added to the game, one that's unlockable by finding a dev account and sending them to the Shadow Realm beating them in a game. 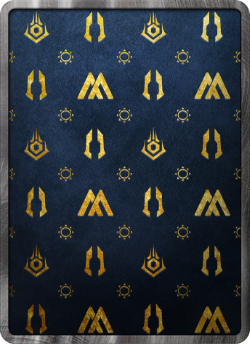 You can check out the full patch notes bellow!

This is mostly a bug fixing patch and some backend work.

There is, however, a new card back you can earn by beating a Monumental developer in-game. (The legacy Rhino dev card back will no longer be granted but will remain available for any user who already owns it.)

Unfortunately, the patch added a bug that prevents users with a space in their name from logging in. While the team is working on a fix, you can contact them directly via either Twitter or Discord.

We're aware of a bug preventing login for users with a space in their name. We're working on resubmitting a new build to fix this. If you're affected in the meantime and would like a temporary name change, please DM us and we'll get you sorted.

Are you excited for Mythgard's return? Let us know in the comment bellow!