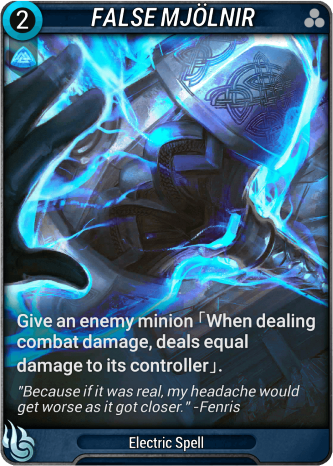 "Because if it was real, my headache would get worse as it got closer." -Fenris

Cursed Bloodlines Part 5 The Allfather offered a test. We would let Mjolnir decide. Should it deem me worthy, the Allfather will grant my wish, but should I fail, I would join the thanes in their eternal war. The hammer stood mounted on a grand pedestal. I reached for it, and grabbed it. And I, Hodr Agvald, learned the answer. <i>Lore submitted by Eldridge#2594</i>