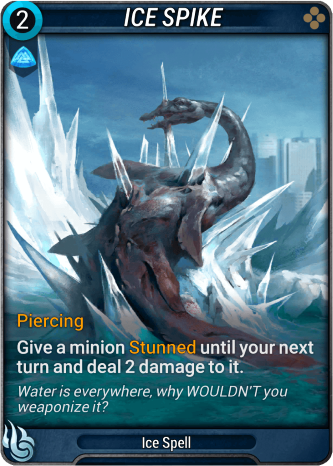 Give a minion \1Stunned\0 until your next turn and deal {0} damage to it.

Water is everywhere, why WOULDN'T you weaponize it?

In the wild North, the terrain is both the greatest threat and the greatest tool. Ice and air conduct magic easily, so while strange creatures may abound, most living threats may be removed by a single spell. -John Paris, A Hiker’s Guide To The North <i>Lore submitted by Xaliver</i>