Hadidajah left an easter egg in the Scholomance Academy pack opening animation they have confirmed on Twitter. 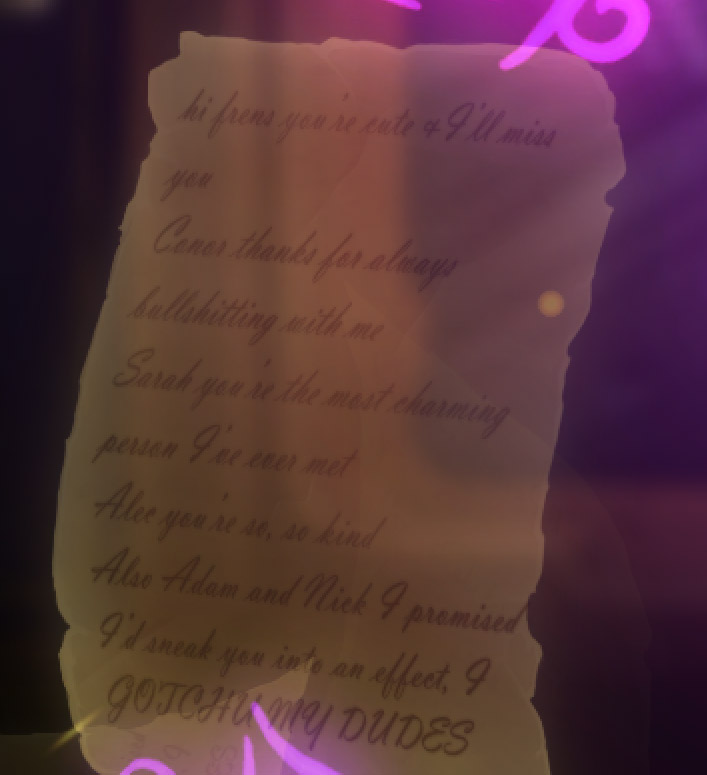 This was added as a goodbye to the Hearthstone team as Hadidjah announced that they left the team a few weeks ago.

Hi frens you're cute & I'll miss you
Conor thanks for always bullshitting with me
Sarah you're the most charming person I've ever met
Alec you're so kind
Also Adam and Nick I promised I'd sneak you into an effect, I GOTCHU MY DUDES

Thanks to Aelios817 for bringing it up on Twitter!