In addition to the much-requested multi-friend Battlegrounds lobbies, the format will get some fresh heroes and minion changes as well in Patch 18.2.

Three Scholomance "professors" will be joining the fray: Lord Barov, Jandice Barov, and Forest Warden Omu. These heroes will be officially released on September 22, but players with Battlegrounds perks will have early access to them, as accustomed.

One new minion will be added: Micro Mummy! It will essentially replace Mecharoo, which will be removed with the patch. 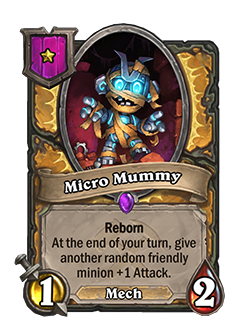 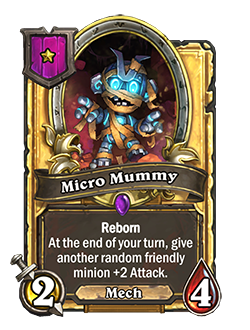 Additionally, Pack Leader will get a small nerf where both its own Attack and the Attack buff it gives will be changed from 3 to 2. 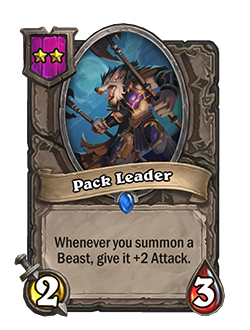