While Feral Druid has existed in World of Warcraft since the games inception, it has never quite been able to manifest itself in Hearthstone, but Lost in the Park is a major step to make it exist. Each step reward gives some much needed armor and card draw, allowing the player to clear threats on the board with ease, and the final reward is a great finisher for any deck that can chip the opponent down a little bit. However, is each threshold of attack needed to progress the questline too high given that there is not that many tools to give attack? It is time to do some math and figure that out! 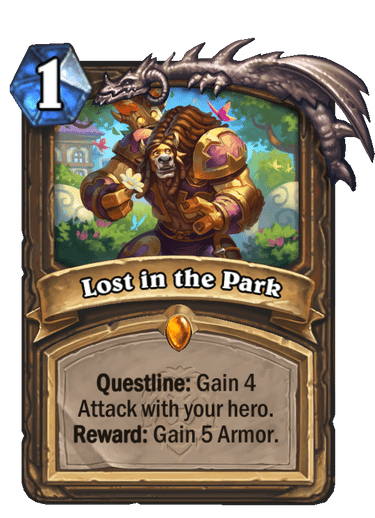 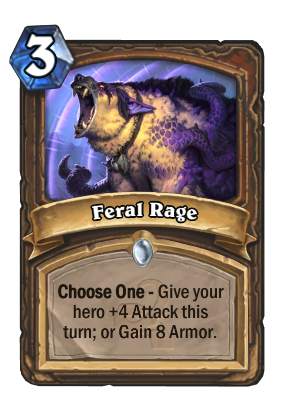 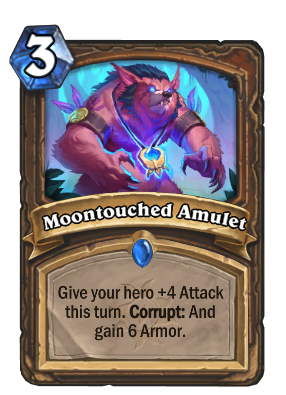 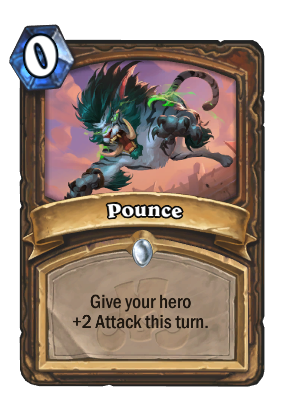 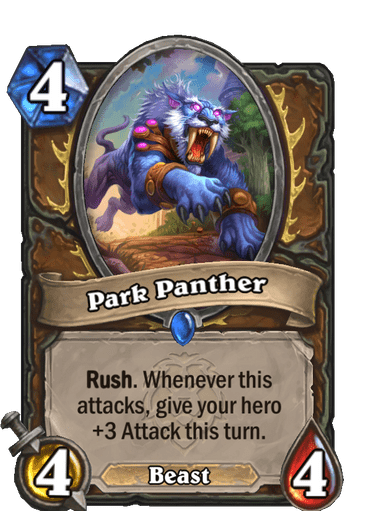 In the deck, there are a total of 8 accelerants for the quest, these being Feral Rage, Moontouched Amulet, Pounce and Park Panther, in addition to just naturally using the hero power. Given that the first breakpoint we are trying to reach is 4 attack and both Feral Rage and Moontouched Amulet give that much, we have a 53% chance of finding at least one copy in the opening hand, with that number going up to around 75% by the time we can finally cast it. It is also rather easy to complete this step using the hero power twice and pounce, which we are likely to draw by turn 4. To put it simply, the first step is going to be done by turn 3-4 a majority of the time. 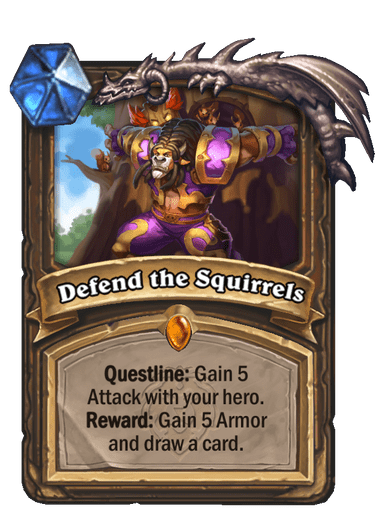 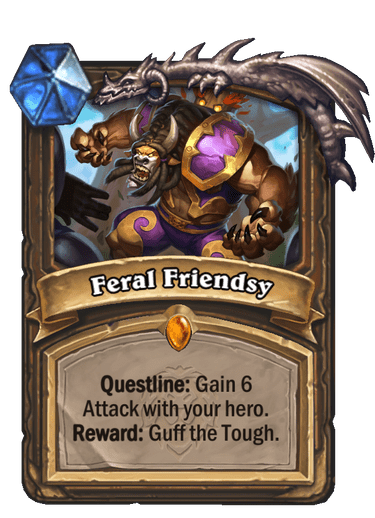 Finally, we arrive at the last step, which requires 6 attack, meaning either 2 Park Panthers, or Pounce and Feral Rage or Moontouched Amulet complete it the cleanest. Finding both Park Panthers is the worst way of completing the last step, taking around 17 to 18 turns on average to draw both. The last step can also take a while depending on how many Feral Rage or Moontouched Amulets you have already played. If you have not played any, there is a 93% chance to have one by turn 8. Playing 1 copy also does not hurt the chances that much, still being a 65% chance to have either on turn 8. Unfortunately, playing 2 copies does affect the chances a ton, with there being around a 50% chance of having the third copy by turn 13. At this point, it becomes significantly more reasonable to just complete the quest with a mix of hero powers, Pounce, and Park Panthers, which means you can expect the final step to be done around turns 12 or 13. 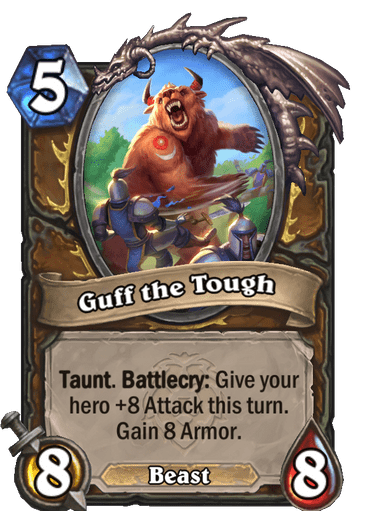 Compared to the other classes, druid’s questline rewards seem a bit lackluster. The first step reward is just Iron Hide, the second step’s reward is Shield Block, both of which are a bit underwhelming for the currently somewhat steep completion requirements.That leaves us with Guff the Tough, which is a very good payoff to say the least. There's a solid chance that if you play a bunch of standard games you are either going to see Alexstrasza the Life-Binder or Illidari Inquisitor being used as 8 damage burst to finish off someone. Guff falls into the same massive burst damage, while also providing plenty of protection in case you just need a little bit more damage afterwards to finish the opponent off. Despite Guff being quite a strong finisher, there’s just a few pieces lacking to give it a consistent powerful showing. If it wasn’t clear enough during the questline step breakdown, there are simply not enough strong tools to speed up the questline, and the hero power certainly is not going to be putting much work in itself.

In addition to that, it is not quite clear where the quest should even be played. Primordial Druid certainly does not need a tool to deal 8 damage burst when pretty much everything else in the deck can deal just as much, if not more for significantly less investment, and in Token Druid you get the chip in with the tokens, but then spend turns completing steps instead of buffing the board. If the quest gets more toys to play with, it has a chance of being great but until then, it just seems too inconsistent and is lost in the rest of druid’s current gameplans.

What do all of you think about the Druid Questline? It certainly has a lot of potential, and it would not surprise me if it became much better as time goes on, but as of now it seems a bit lackluster. If you have any questions about the math behind any of the numbers shown in the article, let me know and I can explain it a bit further. Hope you enjoyed and I'll see you all in the next one!