Warrior’s quest returns to the classic archetype of Pirate Warrior, but takes it into a different direction. Pirates have historically been one of the most aggressive tribes yet this quest clashes with it so much by being a control win condition. However, both the Core Set and United in Stormwind do bring a variety of new pirates that lend themselves to a more control orientated deck. Is the quest going to be fast enough to be reasonably completed? Let’s find out! 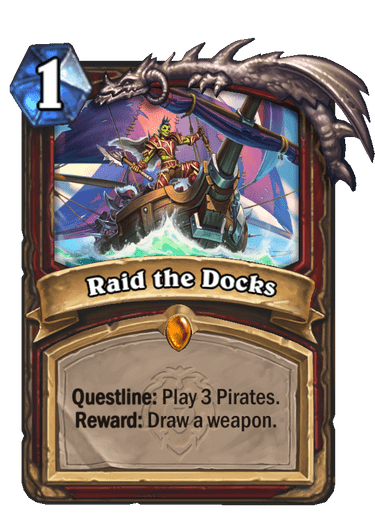 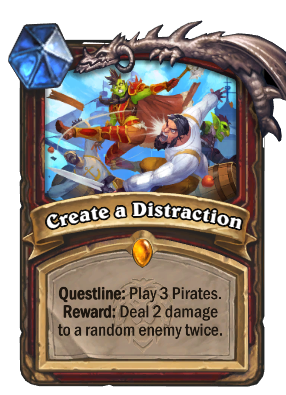 The second step is just more of the first. On average, we can expect to find a total of 5 pirates by turn 7, which is not great. Harbor Scamp lowers this down to turn 5, and every additional draw through things such as Outrider's Axe or Stonemaul Anchorman also speeds up the turn count by 1. Due to this, we can expect to finish this part of the quest by turn 6-7. Depending on how much we draw. 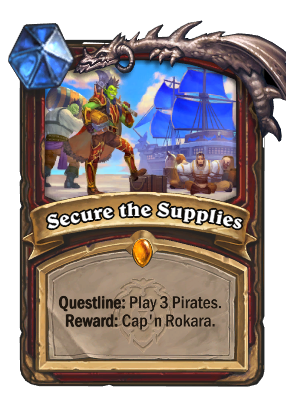 This brings us to the last step, requiring a total of 7 pirates. This will happen on average by turn 11, which given the late completion of the second step, is not horrendous. One Harbor Scamp lowers this down to turn 9 and two will lower it further to turn 7, meaning we can expect to finish the quest by turn 8-10, depending on how much additional cards we draw. 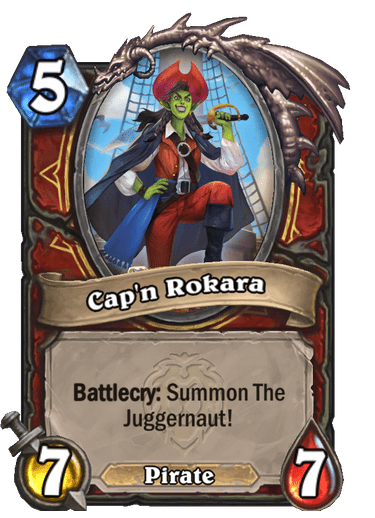 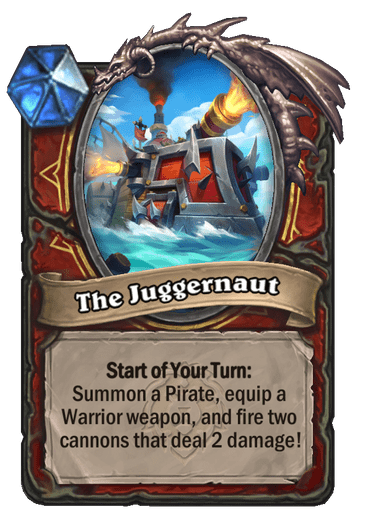 The issue then falls upon whether the reward is worth running. Cap'n Rokara herself is a 7/7, and she comes with The Juggernaut] that will start to force the opponent out of the game. To see what The Juggernaut is going to provide for the deck, let’s break down the average rolls for the three outcomes.

Now onto the average pirates. For this I have just averaged out the average attack and health of each pirate, so there are going to be cases where you will get extra value out of the pirate, such as through Stonemaul Anchorman, which also draws a card. The attack averages out to be 2.91 and the health averages out to be 3.41, so we’ll round both which leaves us with a 3/3 per turn, which if I’m being honest, is not that great.

Wrapping this all together, Cap'n Rokara is a 5 mana 7/7 that gives you 3 damage, a 3/3, and 2 two random damage on the enemy per turn for the rest of the game. For a quest that is fairly easy to complete, this reward is pretty decent overall. However I’m not sure if it, in the form that I’ve made the deck, will be able to compete with more established decks in our current meta game, let alone a meta game with access to more tools.

What are your thoughts on Warrior's Questline? It definitely has potential, and bouncing Rokara and getting multiple Juggernauts is very good, but I'm just not sure if there is enough strong control tools that fit with what Pirates have going on right now. So many of the pirates are low impact later on in the game that you have to rely on Juggernaut pulling its weight and I am just not sure how I feel about it.