This article is opinionated and written with the intent to have a discussion with the community.
Let us know in the comments how you feel - just keep it civil!

I received an email from Blizzard on Tuesday asking me to fill out a survey that would take around 10 minutes of my time. I'm always interested in these types of surveys because they give you an insight into what the business side of Hearthstone is thinking about and what avenues may be used to improve the game.

From experience past surveys I've filled out, there honestly wasn't a whole lot of questions that truly stuck out, it was primarily asking about how you felt about Saviors of Uldum, but the question that did is the topic of this article. That question wanted to know what things in Hearthstone I felt were fairly priced and if I felt I needed to spend money to remain competitive or have fun. Disclaimer: Yeah, I do.

Note that the below quote is formatted exactly as appeared on the survey. Survey images further below. Remember that surveys do not indicate anything will actually change, Blizzard is just collecting feedback!

How much do you agree or disagree with the following statements about the value of Hearthstone cards to you?

The Fun and Games End Here

I don't think someone put these questions on the survey just for fun. Getting to know how your players feel about the pricing of content isn't something they can just pull up perfect numbers for. Yes, if Hearthstone isn't selling as much content while the player base remains just as active compared to past expansions, that can show dissatisfaction for it, but, you still don't get the full picture. Personally, I don't think every bundle available is truly worth my money, but as soon as you add in something exclusive, as someone who likes to complete collections, I feel forced to buy it for that cosmetic alone but don't get a chance to really say why I made the purchase. Macrotransaction cosmetics are one hell of a drug.

So, why are they asking about it now? Well, if you're like me and frequent several places of Hearthstone discussion each day, you've likely seen a solid chunk of community members upset with the pricing model of Hearthstone, with more posting frequency about it as time goes on. Although this may not be the opinion of the majority, Hearthstone is over 5 years old now which does give it some merit and it is absolutely vital that Blizzard gets the full picture.

This question being asked says to me that this without a doubt has been talked about internally and is feedback taken seriously. Maybe the results of this survey help determine the 2020 plans for Hearthstone, we are only 6 months away from the Standard rotation after all! It would not surprise me at all to see large changes to the new player experience and helping the veterans of Hearthstone still feel good about the game. I know plenty of people that have quit the game and moved on because they felt like Hearthstone was no longer worth their money, so I really do hope this is a step in the right direction to keep this game successful.

One popular suggestion out there is that the Classic set is a bit too expensive, with a popular argument being brought up of it being too much for new players to get into the game. Blizzard has done many things to improve this such as giving out Classic packs every week for winning a game in the Tavern Brawl, including Classic packs in several bundles, giving them to us in quests for participating during special limited-time events and the ultra-cheap Welcome Bundle (10 packs + Legendary). That doesn't mean the set is fairly priced though, that just means newer players don't have to put down such a large investment on the game and can get brought into it as a F2P / small investment player initially.

In an ideal world, I'd cut the cost of Classic Packs by half (real money and gold) and with that, the amount of dust those cards give you and how much they cost to craft. By doing so we let new players get cheap and easy access to some fantastic evergreen cards such as Archmage Antonidas, Edwin VanCleef, Preparation, Brawl, and Leeroy Jenkins. I'd maybe buy a round of 40 packs just to try and finish up some of the Legendary cards I'm missing since the investment would be so small. All that needs to happen is anyone with Classic cards currently, give them dust to counteract the reduction in how much our cards are worth.

It may end up with me buying fewer packs in the next expansion due to the surplus of dust, but player happiness would definitely skyrocket and the value for that set would as well. And while we're on that topic, let's also get a reduction in cost from some of the very old Wild sets, making the format more accessible, thanks!

Now, that does leave the other big question - is it necessary for players to spend money to have fun or stay competitive? I do still feel this would be the case even with changes to how Classic cards could be obtained. There is way too much power in Legendaries and while you may not get dupes of them anymore, they remain the hardest cards in the game to obtain and the only reason why I feel like I am required to purchase card packs past the pre-order bundles. That's not to say that's entirely a bad thing if Blizzard wants to make boatloads of cash, but it does not feel great.

When Hearthstone costs, at a minimum, more than the price of 2 AAA title launches every expansion, I question myself if it is worth it vs the time I'll actually play on the Standard ladder. I've personally been more interested in the solo adventure content than the actual constructed game over the past couple of expansions since Standard... hasn't been the best of experiences. I've certainly had fun, but Blizzard has just felt way too slow to react to problematic cards. Don't get me wrong, I do appreciate that we are in a time where Hearthstone gets actively updated with card changes and awesome events that change up how we play - it's a thousand times better than the old days - but there's only so many times I can slam my head against the 30 minute game Warrior that I'll almost certainly lose.

The whole Hearthstone team has also been doing an absolutely wonderful job with their community engagement this year too, although not as high as where'd I'd love to see it, it's better than ever.

When you compare it to other games I could be playing or activities I could be doing with my time, Hearthstone is one hell of a deal compared to paper Magic or woodworking, but I wouldn't have much fun without using real money to acquire tons of packs.

Do You Think Classic Packs are Fairly Priced?

Let us know in the comments below what you think about the pricing of Classic packs. What about other types of content Blizzard mentioned in the survey?

These are most of the questions in the survey. Some pages were not included if they were not of interest. All images can be clicked on to open the full image. 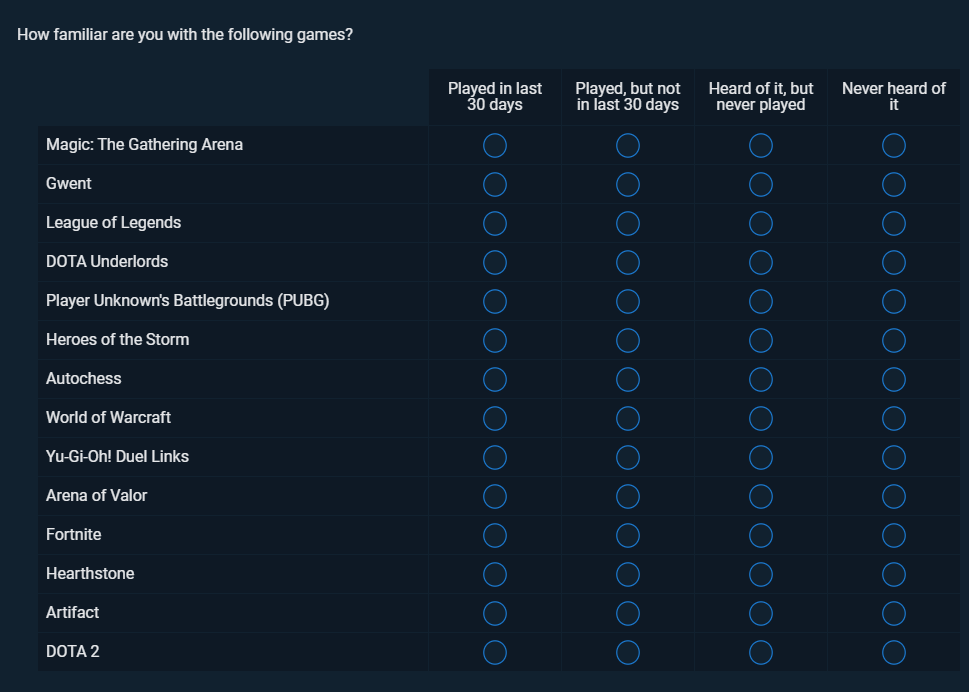 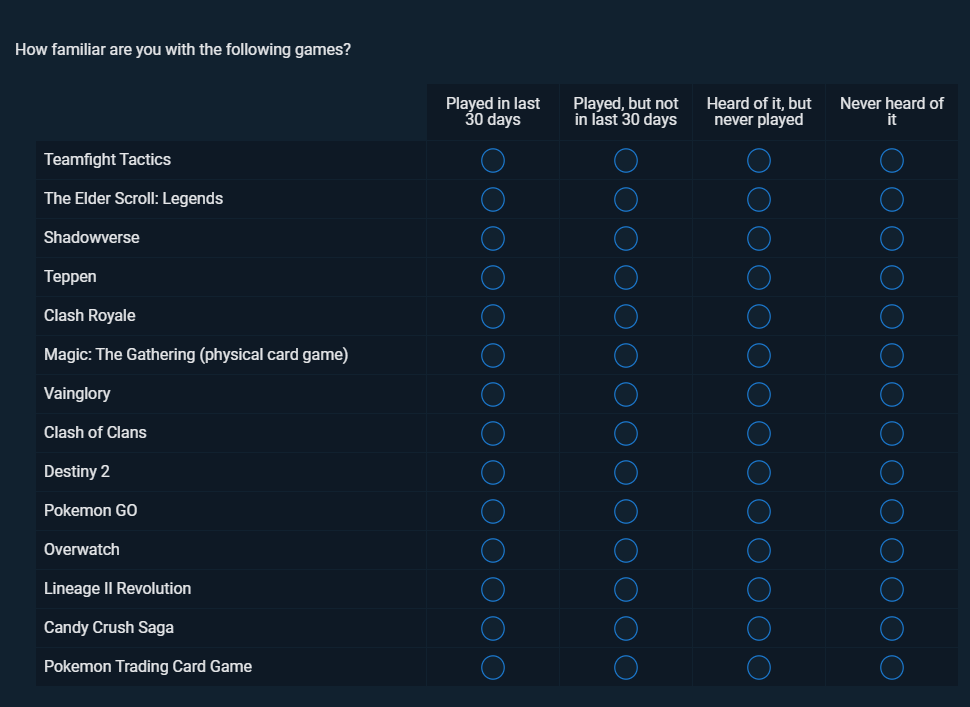 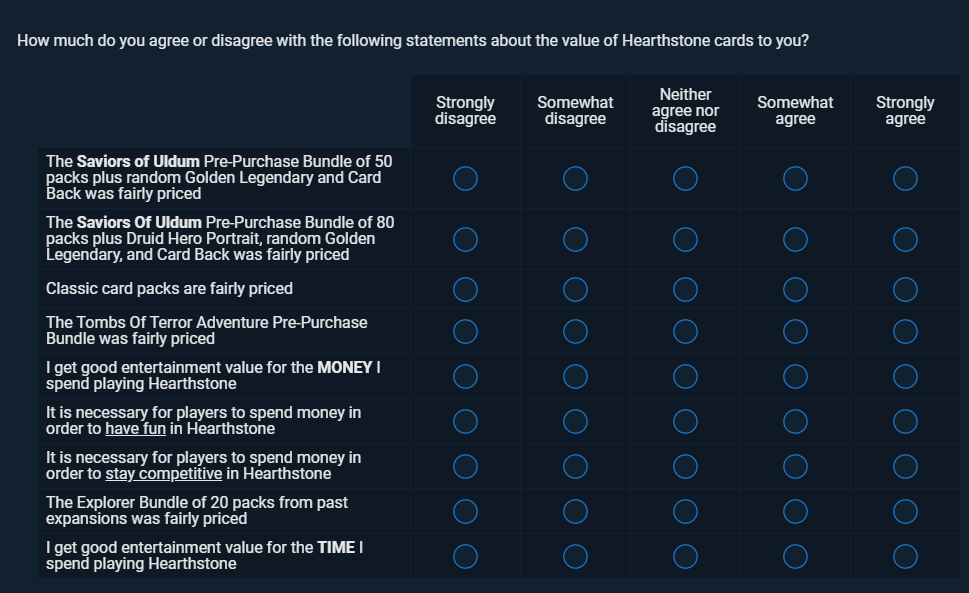 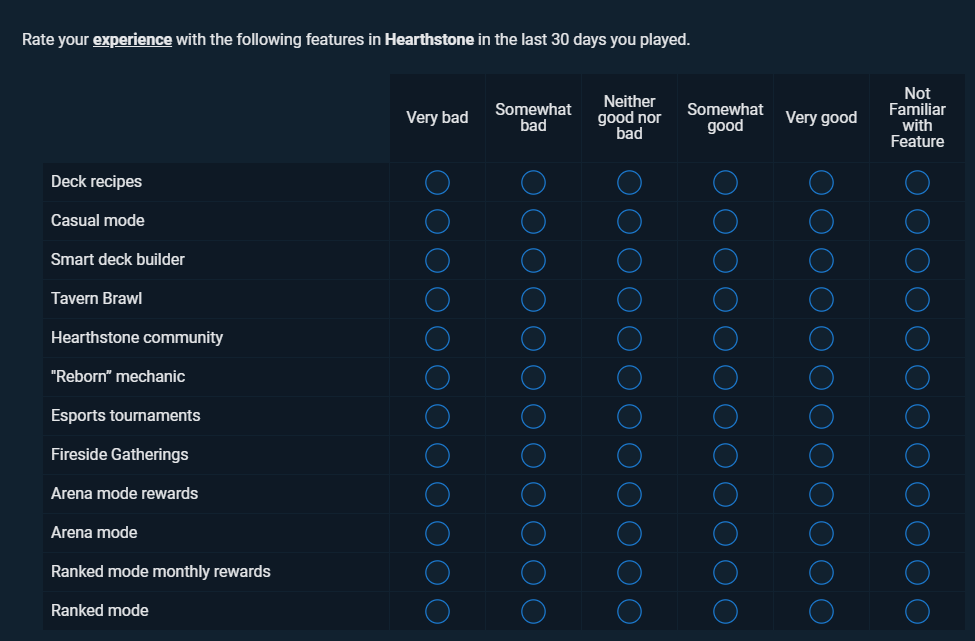 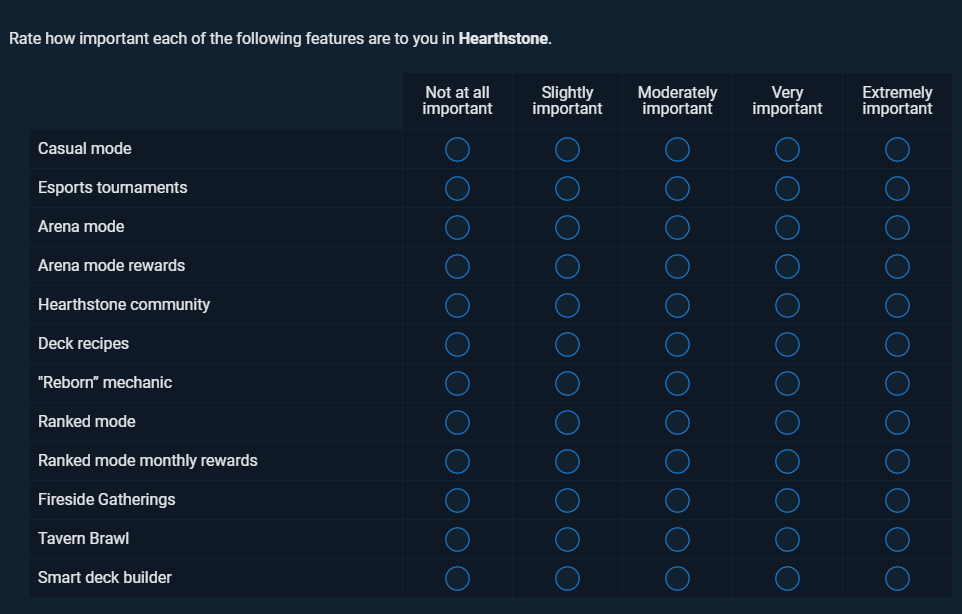 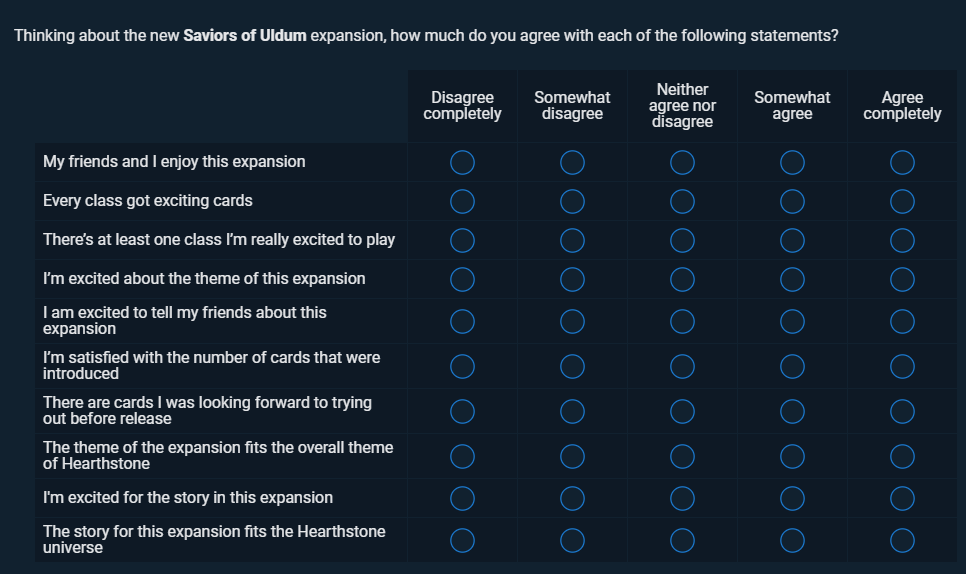