You may have seen last week that Hearthstone's Game Director, Ben Lee, left the team and moved on to another project at Blizzard. This was quite a surprise announcement, being brought to us all via the Coin Concede podcast of all places, but that left a bit of an open-ended question - who was Hearthstone's next Game Director? There must always be a Lich King...

It was stated that there wasn't a new Game Director yet but Nathan Lyons-Smith, Executive Producer, would be assisting as they transitioned the role. Nathan took on the role of Executive Producer, a bump from Production Director, back in February of this year according to his LinkedIn profile. Maybe there's been some other activity - we've certainly seen plenty of promotions recently. 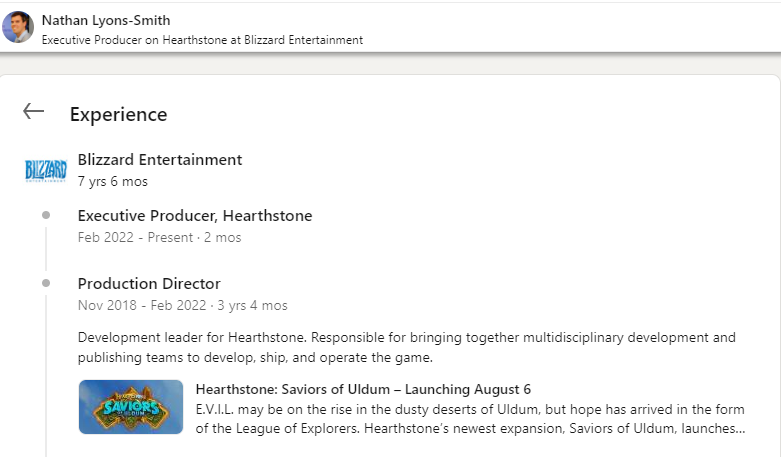 Yup! At the same time, a very familiar face will be a part of this transition as well as Dean "Hearthstone Dad" Ayala, also known as Iksar, has been moved into the Interim Game Director position last month according to an update on his LinkedIn profile. 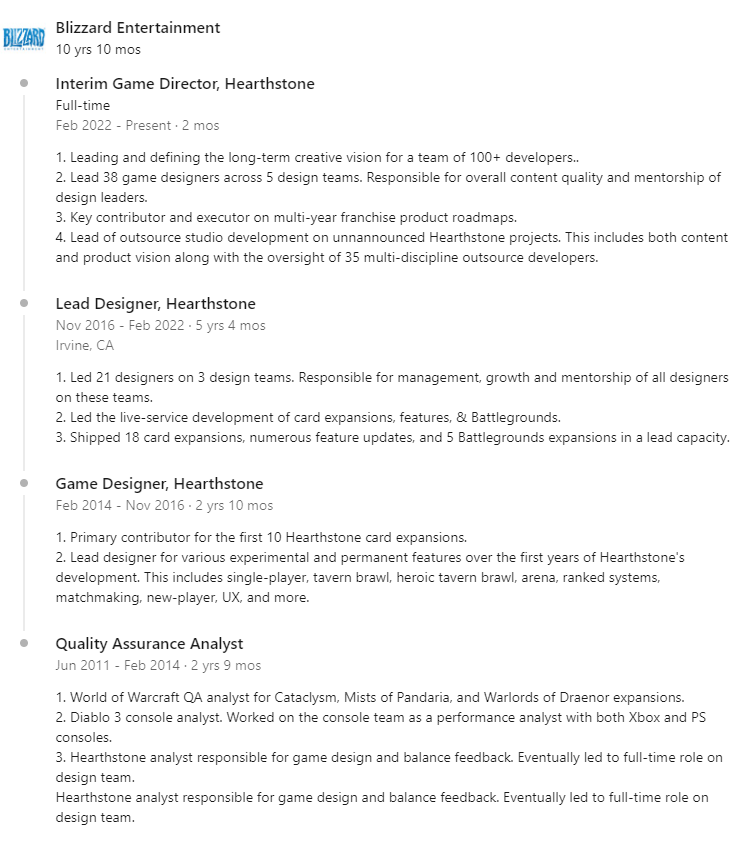 Dean has worked on Hearthstone for quite some time!

What we do know though is that we're happy to see him at the helm, even temporarily, because he's given us plenty of community involvement in the past through his series of Community Q&As which have indicated he has great ideas for the game and has been a part of pushing Hearthstone in the right direction. Enjoy the promotion, Dean, we're glad to have you as Game Director, even temporarily, and hope you've still got plenty of years to go on Team 5.

If you were the Game Director of Hearthstone, what path would you lead the game on? What large-scale changes would you try to make to steer the ship? Let us know in the comments below.