In less than 24 hours, Blizzard will unveil their plans for the upcoming Year, as well as the new expansion, which is very likely to go live in early April.

Edit: Hearthstone's expansion announcement has Been delayed until March, 17th - we must resist a little more!

Although Team 5 has been quite careful at keeping their mouths closed and not spilling the beans ahead of time, we have received a couple of hints here and there. It is fair for us to expect some implementations in different areas of the game, therefore, in this article we'll try to sum up everything we already know about Hearthstone's New Year and what we are likely to see. Have a good read!

As it had been said multiple times in the past by Hearthstone's Interim Game Director Iksar himself, in the following Year we're not very likely to see new implementations, but rather improvements and quality of life changes to what we already have. If you consider that in the last 2 years we received 3 different game modes in Classic, Duels and Mercenaries and the whole Reward Track/Achievement system, it is fair for them to want to slow things down and focus on honing the existing features.

It appears that the design philosophy will move away from "hand-wide cost reduction", allowing for OTK to be less prevalent than how it has been in the last few months. As we already know, the meta environment has a cycle-like nature, where a certain play style is usually more prevalent than the others: we can say the the Year of the Gryphon (just like the Year of the Raven in the past) was combo-oriented, and we can expect aggressive and slow strategies to me more popular and successful in the upcoming months. 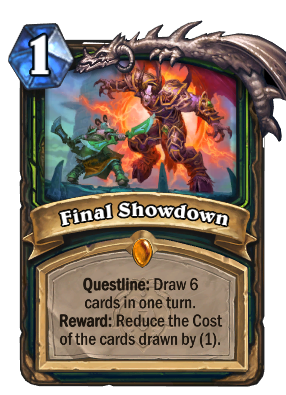 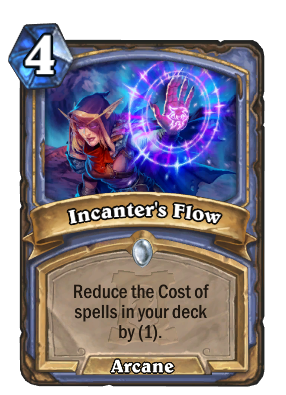 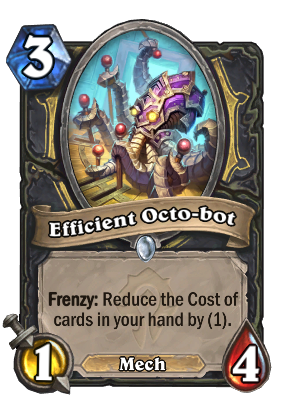 Moreover, during 300th episode of the Coin Concede Podcast (here's a quick recap in case you missed it), the leaving Game Director Ben Lee hinted at the fact that we'll see a bunch of new card types being introduced in 2022. While we do not know if they were talking about mechanics (for examples, Objective cards like Dun Baldar Bunker or Ranked Spells like Chain Lightning (Rank 1)) or literally new types of cards (like Heroes, Quests and such), the hope is that they were referring to the latter - Field cards have always been a dream for the community, and this statements makes them feel a little closer to reality!

In conclusion, we should not expect a mass nerf. While the team discussed it in the past, they felt like it wasn't a priority this time around, so no need to worry (or keep your expectations up) for now.

We do not have any idea about what the next expansion's theme will be, but we'd like to remember you that more than a year and a half ago Iksar confirmed that Ulduar will come one day, and we question ourselves whether its time has finally come. There have also been some weird mentions about Nazjatar, the capital city of the Naga race, so who knows?

Regarding facts, there are two more things we'd like to highlight for the upcoming expansion. The first one's a speculation about the release date. If you take a look at the Battle.net shop, you'll notice that the Onyxia's Lair Mini-Set bundle (the one available in both regular and golden version and that you can even purchase with in-game Gold) will be purchasable until April 4th. What's strange is that, from experience, Mini-Set bundles usually last more than just a couple months.

Therefore, our impression is that this bundle will expire right before the new expansion's release, which will probably happen on April 5th - a Tuesday, which is commonly the release day for new expansions.

Secondly, since Descent of Dragons we've always received a free Legendary card ahead of release:

Although there's no confirmation about this, we are aware that we still have to receive Patch 22.6 (Demon Hunter and Rogue's achievements are still missing from the profile journal, and the new ??? achievement is not yet active), so it is safe to bet that this Tuesday will be patch day and will also bring a freebie for everyone.

Hearthstone Gets a New Core Set For 2022

This is one of the things the player base is looking forward the most. While we'll probably have to wait a bit more for Team 5 to unveil the new Core Set (as the announcement post itself stated), we have a few hints leading to what we're going to see.

First of all, let's take a step back and look at the Q&A that Celestalon held a couple weeks ago on Twitter. Among all the things he shared with the community, the developer stated that there is a non-evergreen keyword from the past that is going to be part of the next Core Set. While we do not know what keyword he was talking about, players started to brainstorm potential candidates, and we came up with our own suggestion.

Looking at the past, we think there are two main candidates:

To be more precise, the former was very well received by the community, which appreciated combining minions with one-time bonus effects and spells. The introduction of Spell Schools opens up even more possibilities that weren't available when the expansion was live, allowing potential synergies like Nature Spellburst (just like Bru'kan does for Nature and Spell Damage) and so on.

However, we firmly think that Recruit has a better chance of being the returning keyword for the 2022's Core Set. Why? Let's have a quick look at the cards that are going to stay in Standard next year: you'll notice that there are more than a few of them with an effect that is the exact equivalent of Recruit. 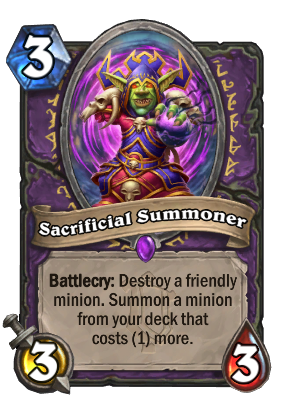 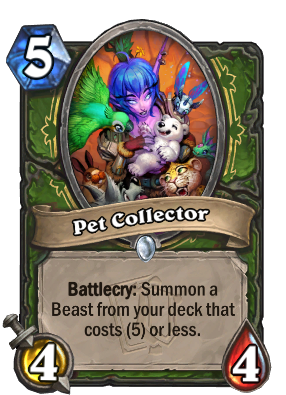 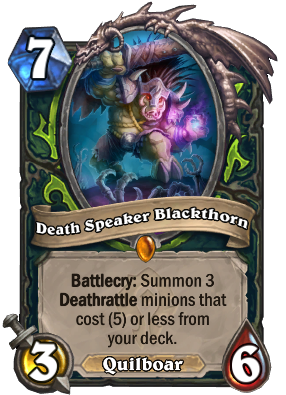 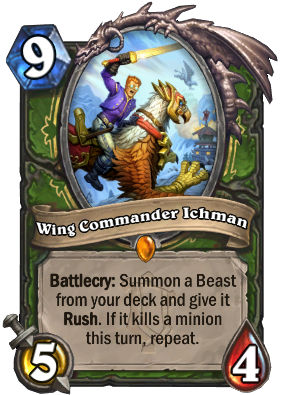 While this doesn't really mean anything, we feel like Team 5 printed a good portion of these cards with the intention of updating their texts once the new Core Set will be available to everyone. Moreover, Recruit is a keyword that directly synergizes with your deck's resources, in contrast with others like Discover and potentially Spellburst itself, which can generate cards outside of the ones you start your game with. Considering that Team 5 has recently been reducing the card-generation shenanigans quite a lot (with only a few survivors in Standard as we speak), we feel like this decision would line up perfectly with their philosophy. Was last year testing the waters for the mechanic again?

Other than the "new types of cards" teaser, Ben Lee also gave us a few hints about the new Core Set's "flavor".

First of all, there will be some familiar faces coming back - this includes old cards that were previously rotated and some new cards that use old characters. We obviously have no idea about who they're talking about, but we'd love to welcome back some iconic big shots like Sylvanas Windrunner, Ragnaros the Firelord, The Lich King (aka Prince Arthas) and many more. We dove into this topic a bit just over a week ago. 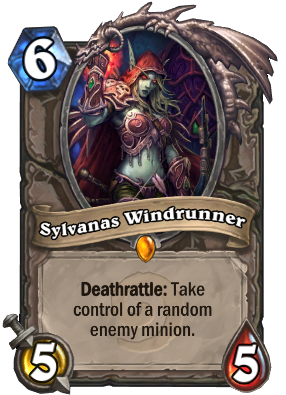 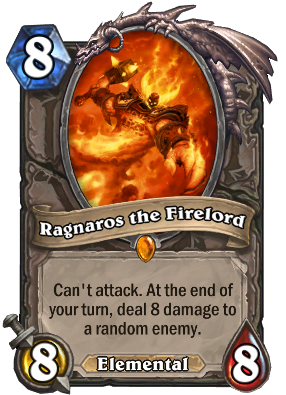 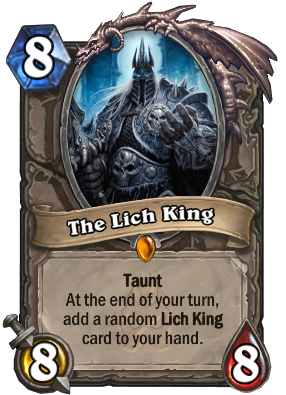 Moreover, the new Year will not have a 3-expansion-story just like it happened with Barrens, Stormwind and Alterac Valley (stated by Iksar in his recent Q&A), but it may have something to do with some of the aforementioned characters coming back. No idea about what this could mean, but waiting for leaks is the only solution we have.

Cards from the Current Core Set

On a final note, let's consider the chance that some cards that were printed for the first time with last year's Core Set were to not make the cut in the 2022's version - what would happen to them? Their fate wasn't decided from the start, but recently both Celestalon and Iksar confirmed that said cards will be added to the Legacy set (the former Classic, whose name got changed because of the namesake game mode in order to avoid confusion) and therefore will be craftable with in-game Arcane Dust. 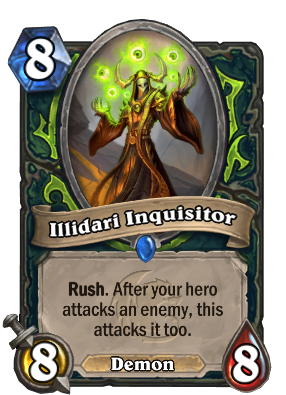 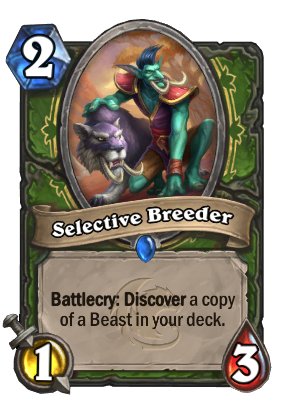 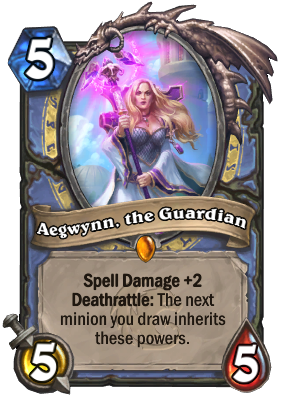 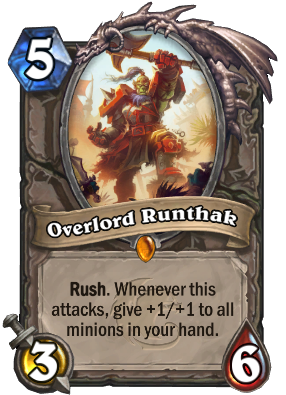 Here are some examples of brand new cards introduced with last Year's Core Set that may (or may not) make it in 2022's version.

Outside of Constructed, BGs will be a possible main focus of the announcement. As you might remember, the Year of the Gryphon announcement of 12 years ago did not introduce any immediate novelty, but showcased the Quilboar tribe, initially thought as Battlegrounds exclusive and then shared with Constructed for consistency purposes.

This time around, things might go the same way: in the end, it's been around a month since we received the Buddy system, and therefore the game mode still feels fresh and with room for exploration. Therefore, we do not think Battlegrounds is in dire need of an immediate update. However, this doesn't mean that there won't be implementations in the near future.

Team 5 has been very creative with Hearthstone's auto-battler: Darkmoon Tickets, the Diablo event, a game mode exclusive tribe and then a whole original system - it is very hard to predict what's next. On the other hand, we are confident in saying that we should at the very least receive a little sneak peek of what we're going to play in the next months.

Although Mercenaries' first few months of existence haven't been exactly memorable, we do think that Team 5 still has plenty of plans for the mode, and we believe there is a chance for some novelties to be announced together with the rest.

To be more precise, we're under the impression that Team 5 is working on a solution to one of Mercenaries' most pressing issues: excess coins. In case you're not aware of what we're talking about, Tasks, Bounties and Mercs packs all drop random coins for random Mercenaries, which you can use to craft and upgrade them. However, once you've fully upgraded a character (all three abilities and all three equipment), you can still receive its coins, which become useless as you have no way to spend them - they just stay there, in your collection, growing and growing as you progress through your bounties.

Those are quite some excess coins you've got over there! (source)

Curiously enough, Iksar was asked about this issue in last week's Q&A, to which he replied with the answer you see below.

Is there anything you can say about The Excess Coins problem in Mercenaries other than what we already know? Which is basically that the team is aware of it.

I am starting to get a little involved in mercenaries and all I can say for now is that it is one of the problems that pains the mercs lead more than any other. Actively thinking about solutions but nothing to talk about at this moment.

This statement lets us know that they are aware of this issue. Although we do not know when a solution will arrive, we've got some ideas for potential fixes, depending on how Team 5 wants to approach the problem.

To be fair, each of these solutions have ways to be exploited, so we're really interested to see if and how Team 5 is going to untie this knot. Mercenaries is not done yet.

What are your hopes for Hearthstone in 2022? Let us know in the comments below!