We've got a new Demon Hunter card revealed for Voyage to the Sunken City by ZhengMao - Azsharan Defector!

While we were waiting for the official translations, we previously named these cards "Fluffy Assassin" and "Fluffy Naga Assassin". 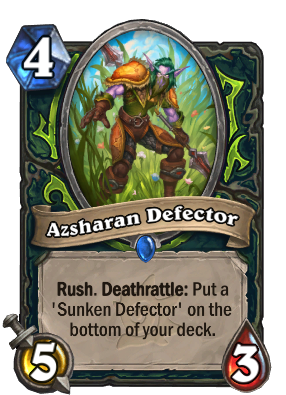