Hearthstone has been patched up to version 15.6 which brings us the Battlegrounds Beta and more!

Hearthstone's newest game mode, Battlegrounds, is now available. Read up on it here. 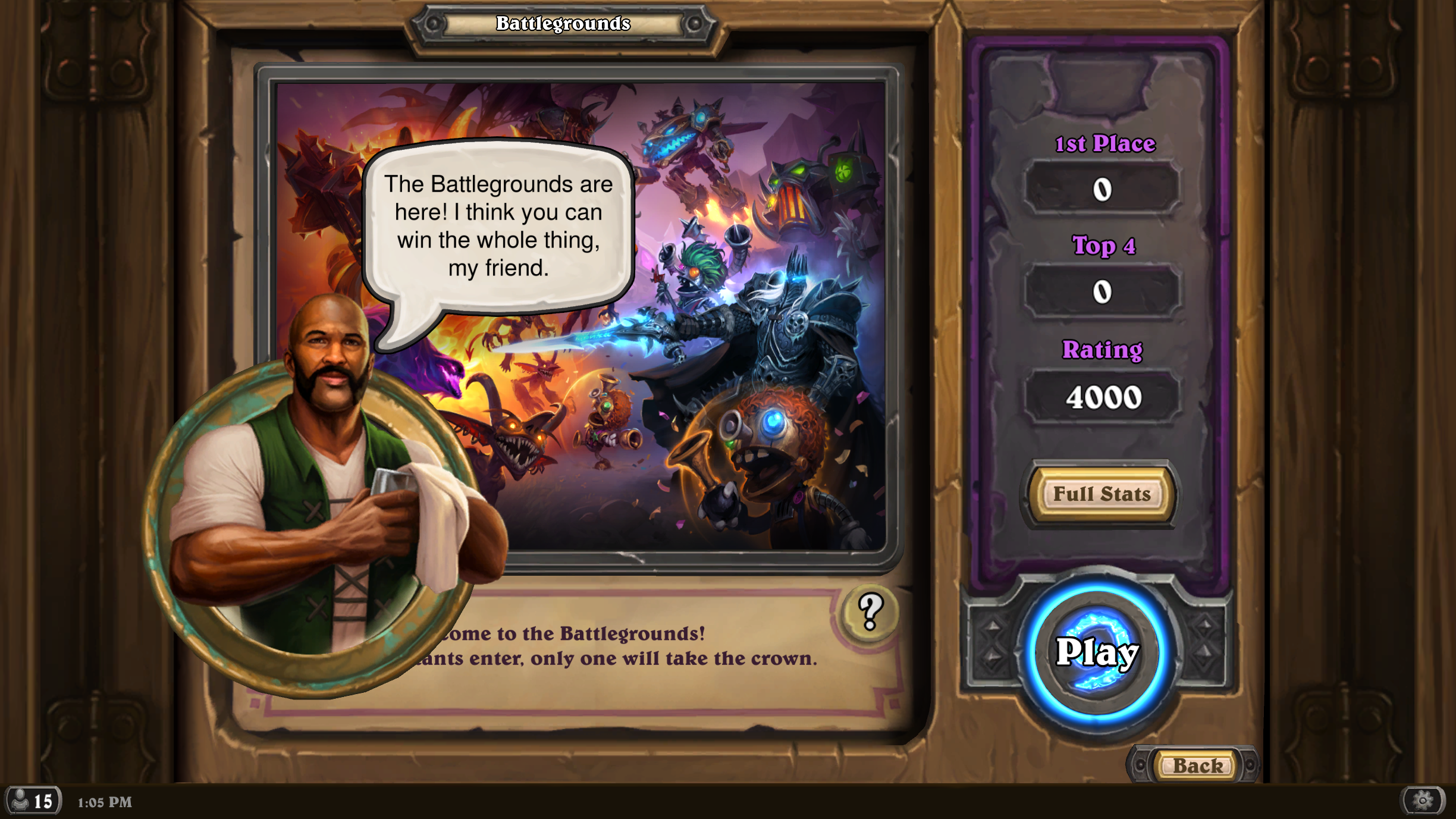 Deathwing is now available as the newest Warrior hero if you have pre-ordered the new expansion. 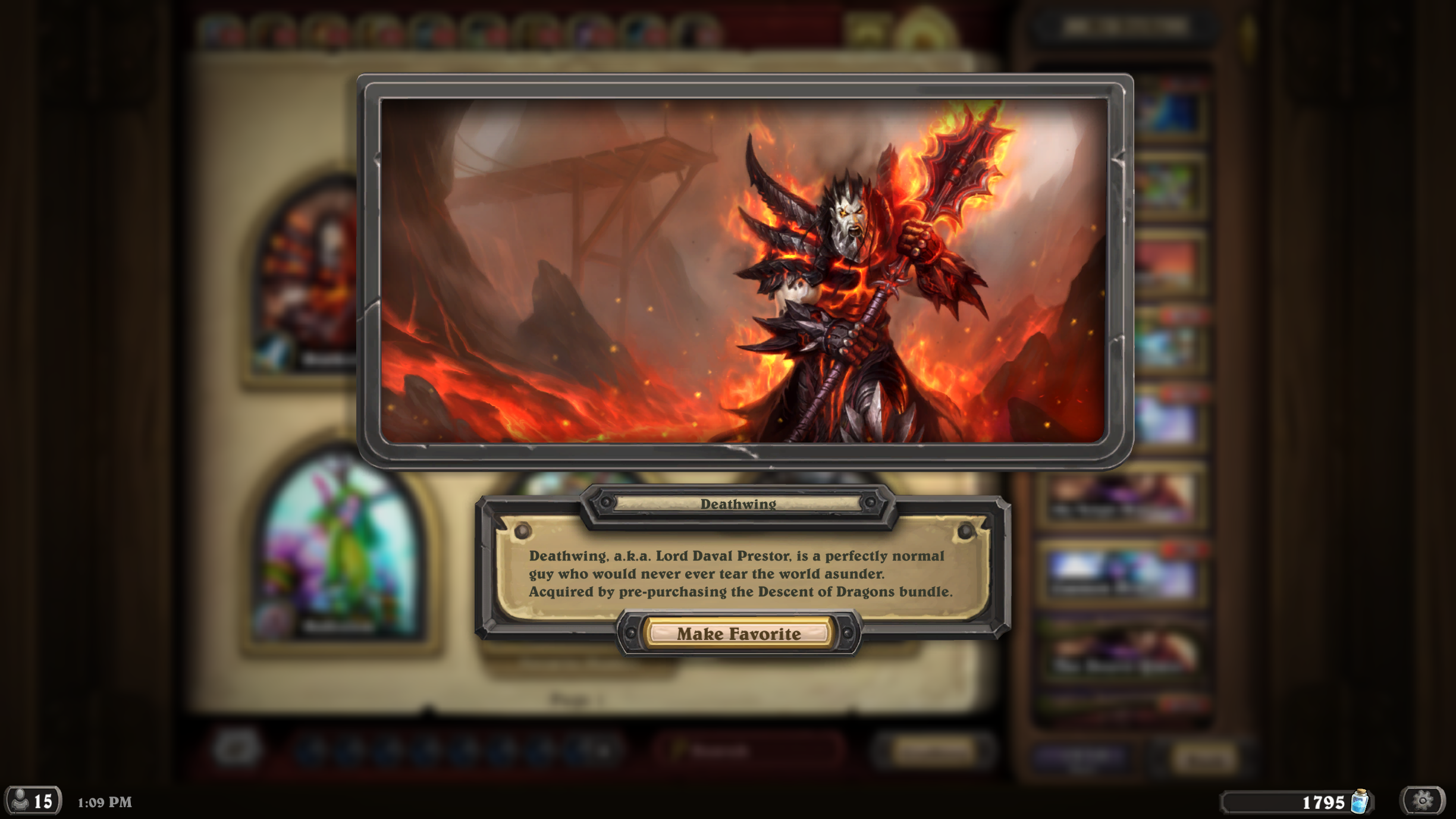 Two new card backs are now available for November and December ranked play rewards. This is in addition to the previously know BlizzCon and Shattering (pre-order) card backs. 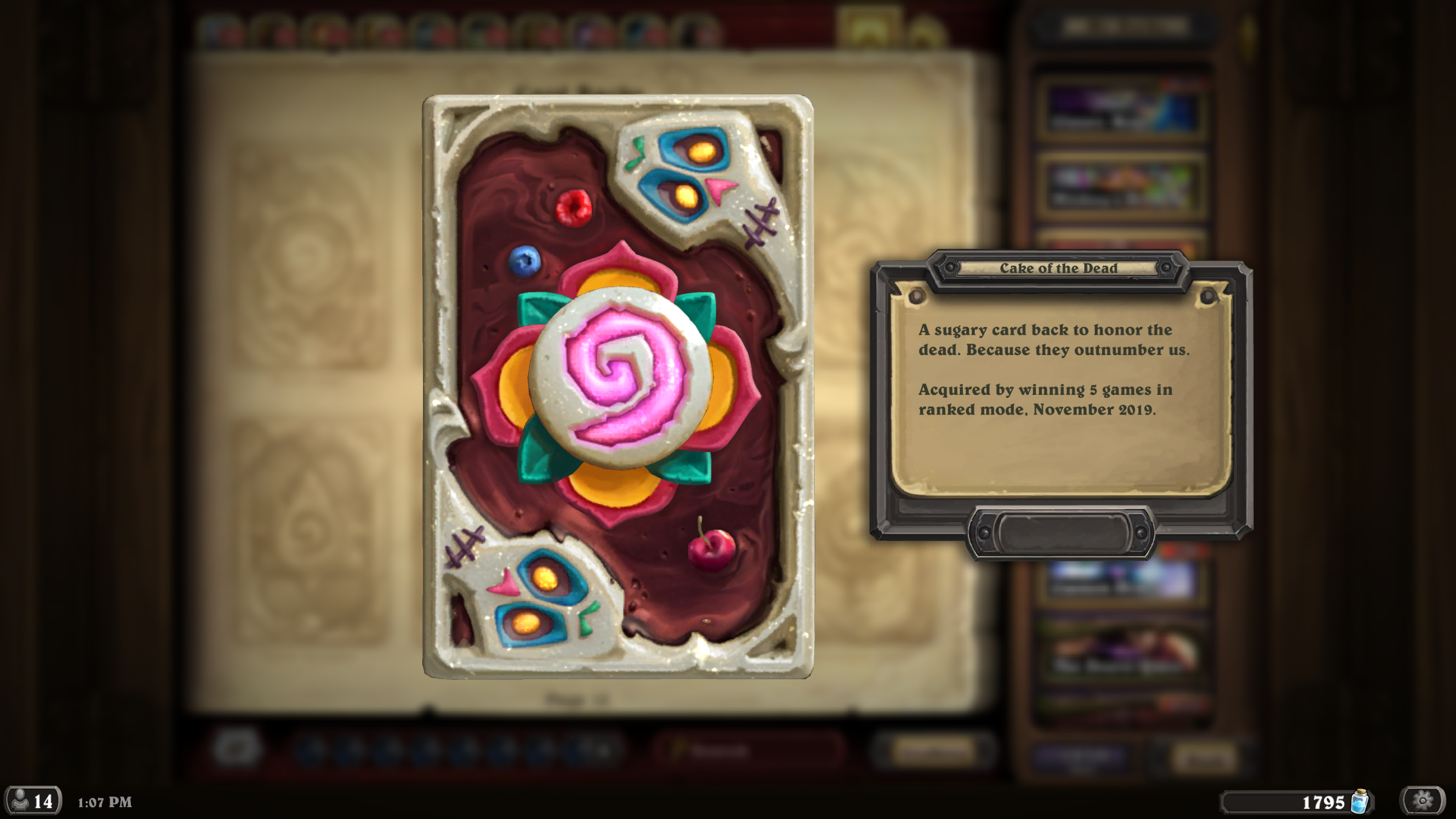 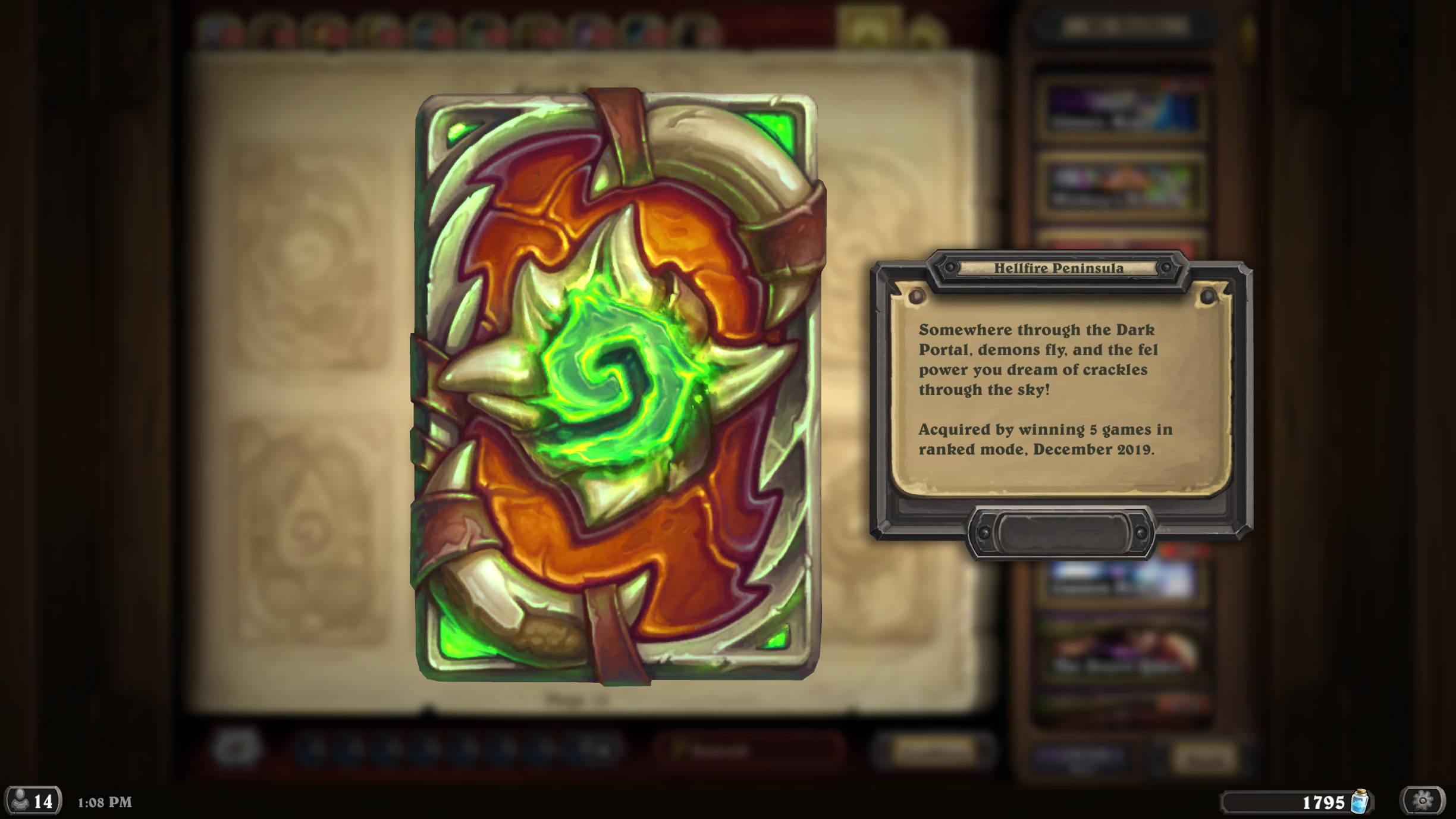 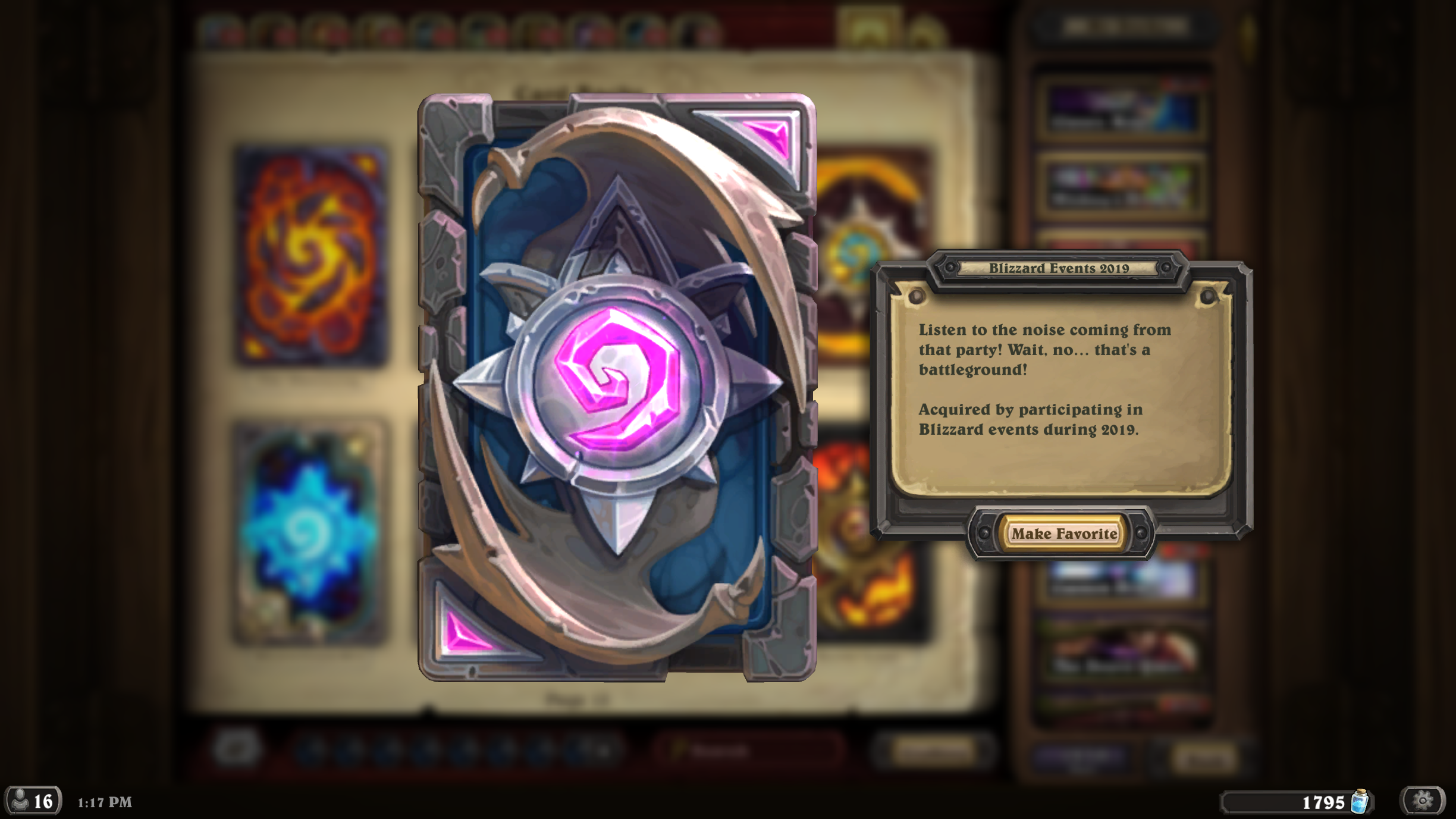 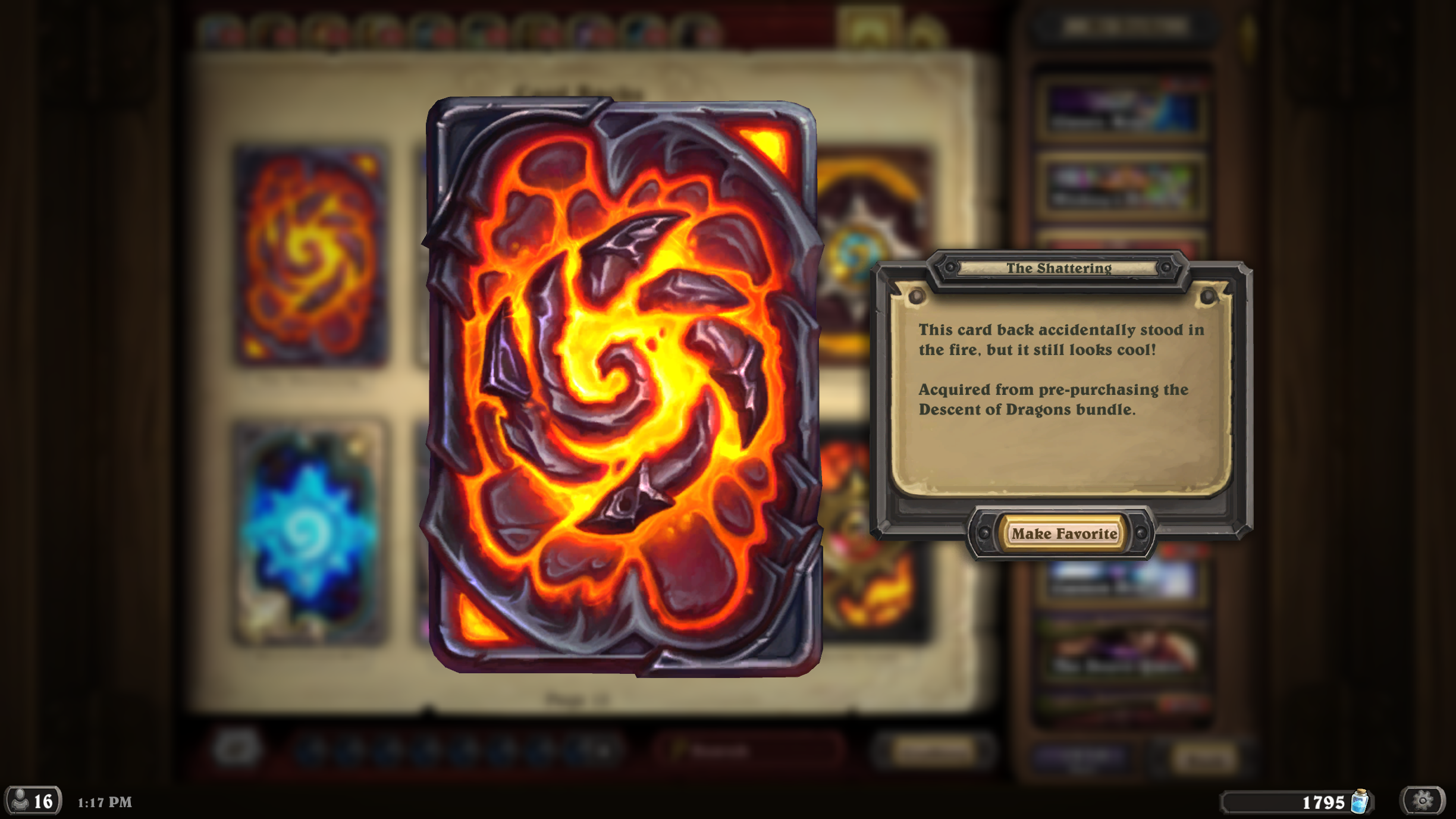 If you went to BlizzCon or bought a Virtual Ticket, you'll now have your own Golden Sathrovarr and Shattering card back (see above).

If you want to pre-order Descent of Dragons in-game, they are now available. Once the patch is live on the Amazon App Store, you can get a nice discount on packs by using Amazon Coins.

Hearthstone’s newest expansion, Descent of Dragons, launches on December 10! Read on to find out what changes were just added to the game.

Hearthstone: Battlegrounds is a brand-new auto-battling game mode that introduces a fresh, strategic, 8-player experience to Hearthstone. In Battlegrounds, you’ll take on the role of a familiar Hero straight out of Hearthstone history, craft a powerful board of recruited Minions, and face-off in an action-packed series of duels until a single winner is crowned!

Battlegrounds is now live with today’s update for a week of Early Access for players who have acquired the Descent of Dragons pre-purchase bundle, the BlizzCon Virtual Ticket, or BlizzCon Attendees. After this early access phase ends at 10 a.m. on November 12, we’ll enter Open Beta where everyone will be able to hop into Bob’s Tavern to try their hand at being the best of the Battleground Heroes!

For more details on Hearthstone: Battlegrounds, including the basics on how to play, check out our Battlegrounds Introduction blog here.

To celebrate the launch of the new Hearthstone: Battlegrounds game mode, we’re introducing a new set of Legendary* quests with some awesome rewards! The quests will be initially available on the following dates, but anyone who logs in between now and the launch of Descent of Dragons will have access to these quests.

*Important Note: Legendary Quests will automatically replace an existing quest if your quest log is full, so be sure to have an empty spot on these days!

BlizzCon attendees and Virtual Ticket holders will be granted a Golden version of the Neutral Legendary Descent of Dragons card Sathrovarr and the Blizzard Events 2019 card back.

A normal non-disenchantable version of Sathrovarr will also be granted to players who log into Hearthstone after this update goes live and through the Descent of Dragons expansion.

We’ve cut some of the less popular daily quests (such as quests requiring you to play Divine Shield Minions, Overload Cards, Secrets, 50 Murlocs, etc) and tuned down some quest requirements to make quests generally easier to complete.

We’ve also added some new daily quests that we’re excited for you to discover!

To celebrate the 25th anniversary of the Warcraft franchise, players who log into Hearthstone any time between November 13 10:00 AM PT and November 27 10:00 AM PT will receive awesome Warcraft themed rewards. Stay tuned for more details soon!

The following Card Backs have been added to the game: