We've got some more Battlegrounds minion reveals, this time from EducatedCollins and Shadybunny! Check out the cards down below and the reveal video.

In addition to the minions, we got some more news!

The next big Battlegrounds update, featuring Naga, will hit Hearthstone's servers next week on May 10.

Three new minions have been revealed.

Deep-Sea Angler is a Tier 2 minion. Minions with the Spellcraft keyword grant a temporary spell each turn. 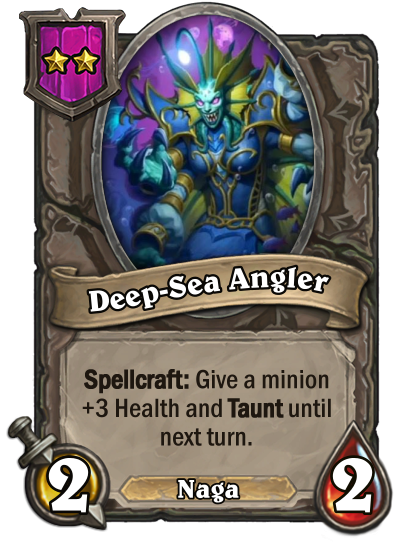 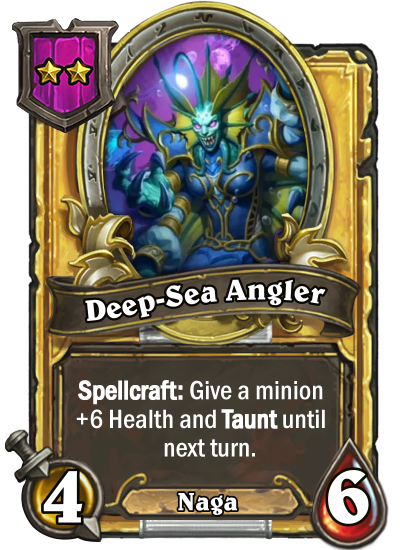 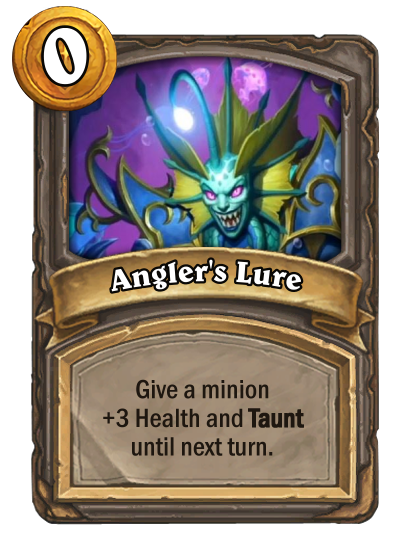 Eventide Brute is a Tier 4 minion. 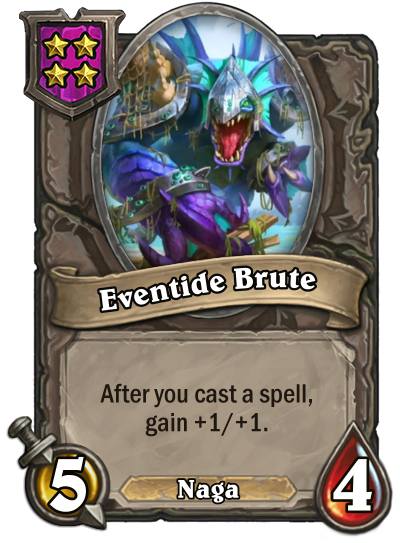 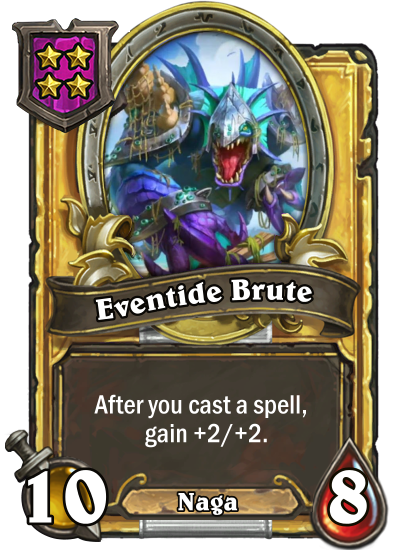 Mantid Queen is a Tier 6 minion. 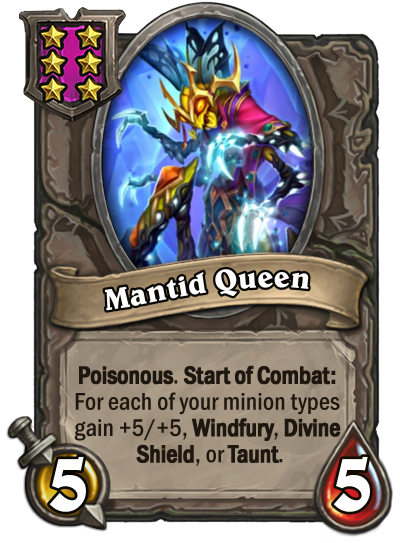 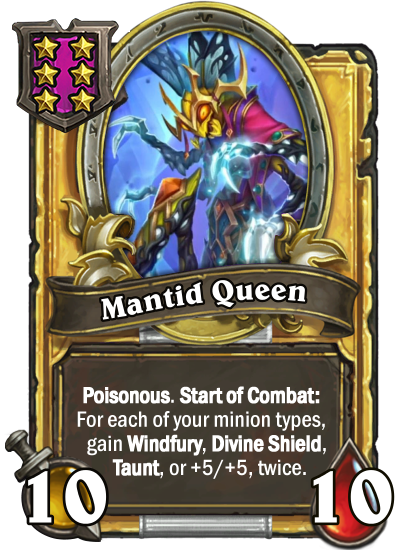