Following the trend set yesterday by the ongoing tournament, Day 2 of this 3rd edition of Lobby Legends for Hearthstone Battlegrounds continues with an added bonus - even more sneak peeks at the upcoming new heroes and minions for the game mode:

Today we are expecting to see 4 reveals in total (as compared to 6 new entities from Day 1), once again scattered between the game lobbies at random intervals throughout the broadcast - which can be more than a little confusing for anyone not particularly interested in the competitive stakes, but still curious about what else is on the horizon. It's somewhat of a novel way to showcase the future patch content.

For that reason, we plan to keep updating this article throughout the day as new reveals take place - make sure to check back every once in a little while if you'd like to stay up to date!

The exact release date of the next major patch (presumably numbered 23.6) is currently unknown, but it could happen as soon as this coming Monday or Tuesday. We also now have a new expansion teaser!

Missed any of the previous Lobby Legends reveals? We got them all listed here. 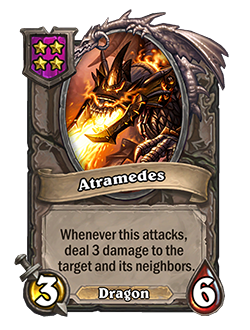 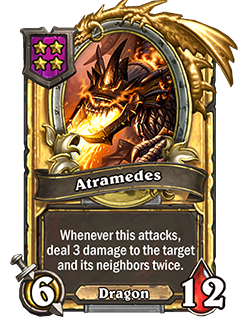 Will Prestor's Pyrospawn be allowed to exist alongside this new arrival, or is that the end of the road? 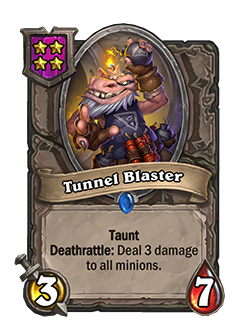 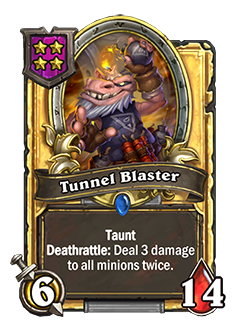 ALL minions, not just enemy minions. Unstable Ghoul might have an identity crisis as a result.

Still Tavern Tier 4, but time for a Mech: 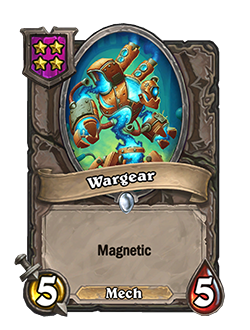 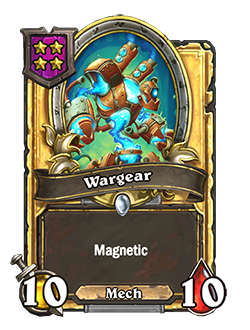 Magnetic is not such a common sight in Battlegrounds.

The final boss from Tavern Tier 6. Curiously Uther has been 'demoted' from a hero to a minion: 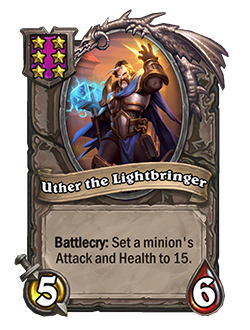 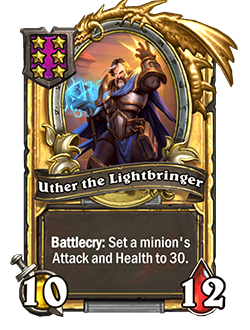 Yet another one with no tribal tag. Could do some buffing of other Neutral minions whose stats aren't so easy to increase for most Heroes.

That should be it for Day 2, and by extension this entire weekend of Battlegrounds reveals! We'll probably have to wait for the patch notes in order to learn all of the remaining details.