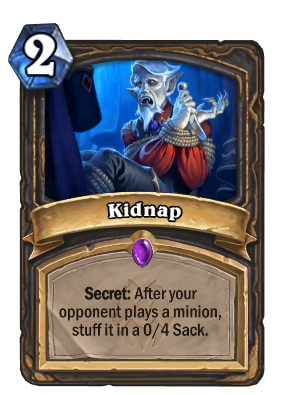 [J Alexander]: You know, I’m happy to do some consulting work if the ideas for cards are this [bleeping] bad

Would it help if I told you the Sack puts the minion back in their hand?

Stewart gets put into the Kidnapper's Sack and Sack is summoned on Rogue side of the board.

Stewart goes back to Paladin's hand.