We've finally made it to the logical extreme, an Event only about Floowandereeze mirrors without any Extra Deck. This significantly slows down the pace of the game, so you better book some extra time if you want that sweet title!

The theme of the Loaners coinciding with the new Selection Pack releases continues, as this time around we take a look at pre-built versions of Adventurer, Floowandereeze, and Machina. The fact that there was no Extra Deck to fill with sub-optimal choices comes in clutch, as two of these loaners can be considered pretty functional.

For this Guide, we are going to explain how to pilot these loaner decks and decide on which of them will be the best choice for earning some quick medals. However, we'll cut it short on the decks that have already received their standalone Guides, to avoid repetition. To get an overview on which rewards await you this time around, check our initial Article on it. 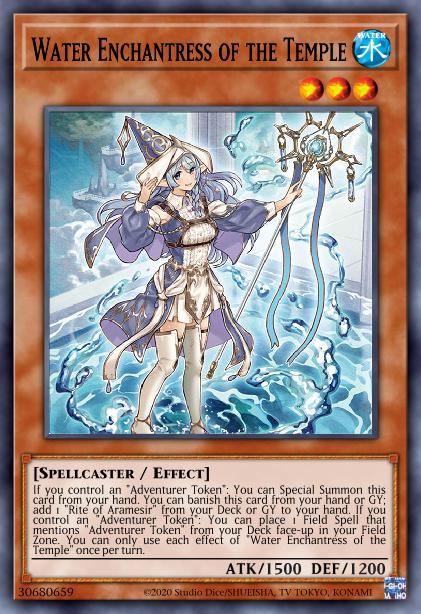 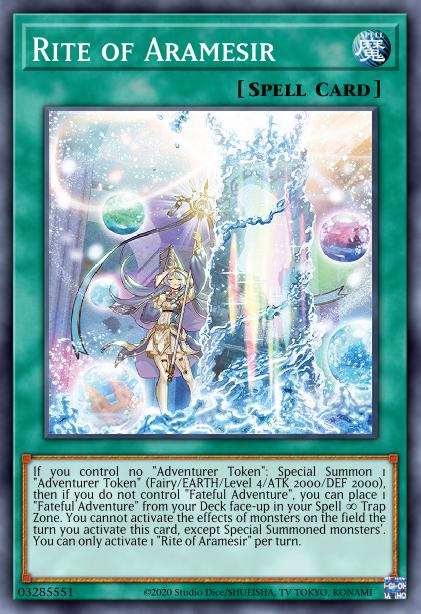 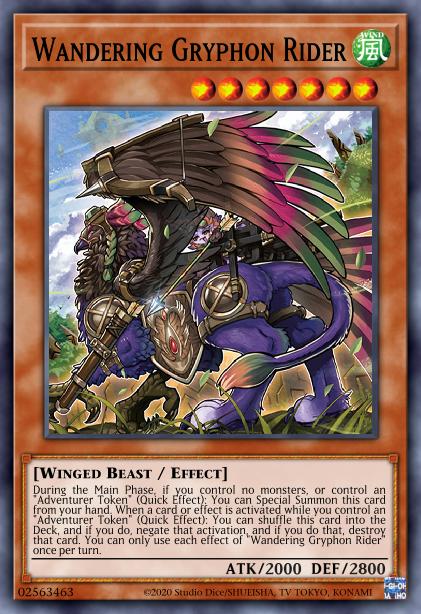 At a first glance, a deck that earnestly has to run Witch of the Black Forest and Planet Pathfinder doesn't exude the most confidence. What you see is the definition of "collateral damage". The terror that was caused by the Adventurer Engine has nothing to do with what a pure Adventurer Deck is capable of. We could've easily been handed a list with one more copy of Water Enchantress of the Temple and Rite of Aramesir, and we'd still call this deck the worst of the three.

The reason for that is simple: There's only 7 cards in this deck of 40 that let you Summon the Token the entire archetype is based on. If you didn't open Water Enchantress, Rite of Aramesir, or Fateful Adventure, the journey is over before it even began. If you are still wondering what these adventurers are all about, we've gone into their usage as an engine in our Introduction Guide on them. 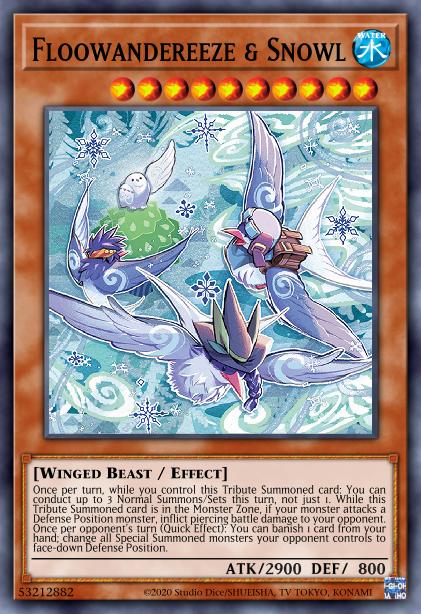 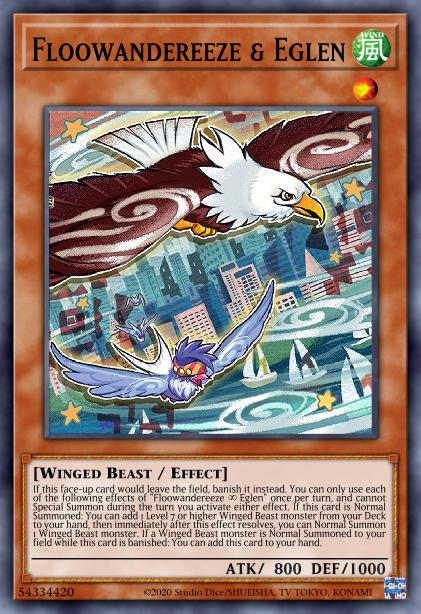 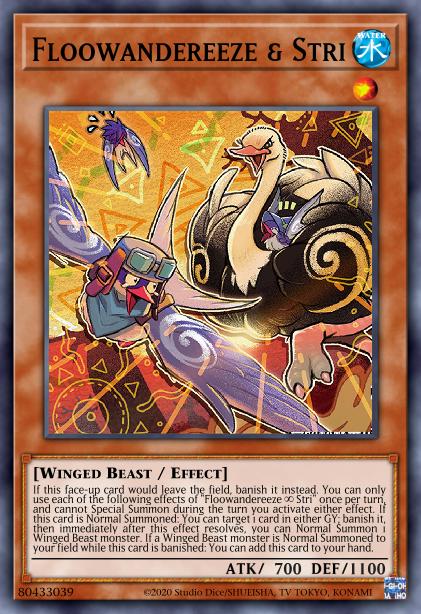 Konami's most recent iteration of "archetype that completely ignores the Extra Deck". Floowandereeze are a natural fit for this Festival. They do however, suffer quite a loss without their generic inclusions of Raiza the Mega Monarch and Book of Moon. In fact, judging by the fact that you'll mostly be facing off against other Floowandereeze gamers, lots of these replacements are questionable at best.

Your usual plan of interrupting the opponent falls flat as Raiza is absent. There is little leeway for when you are facing the mirror against an improved version. Your best bet is to actually reverse the roles and go second. With the added Normal Summons provided by Floowandereeze & Snowl, you have a chance at dealing significant damage before they get their resource loop off the ground. The three copies of Floowandereeze and the Unexplored Winds are another abnormality that comes in clutch for dealing with established boards.

New to Floowandereeze? For more details on the general playstyle and goal, check our Guide. 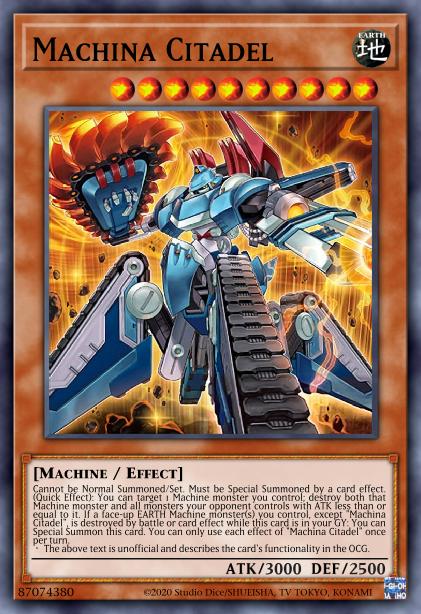 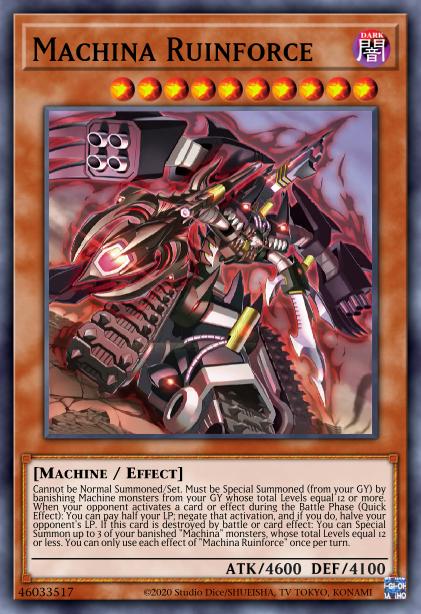 Machina is an EARTH Machine archetype with a touch of DARK corruption sprinkled in. Without any thematic Extra Deck Monsters to call their own, they are another prime candidate for this Event. What makes Machina stand out are Machina Citadel and Machina Ruinforce. Citadel for one is a persistently recurring Boss monster that can blow up all opposing Monster, at the cost of one of your own. Ruinforce, on the other hand, embodies sheer offense. (It does, after all, share the second-highest ATK value of any Main Deck Monster).

The two are unique in the sense that they can Summon themselves under certain conditions, provided they are in the GY. If your Grave-bound Monsters ever find themselves in the banish zone, Machina Overdrive can assure their return by shuffling them back. 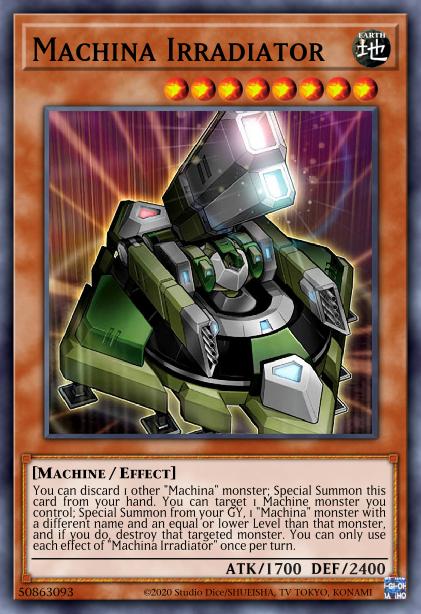 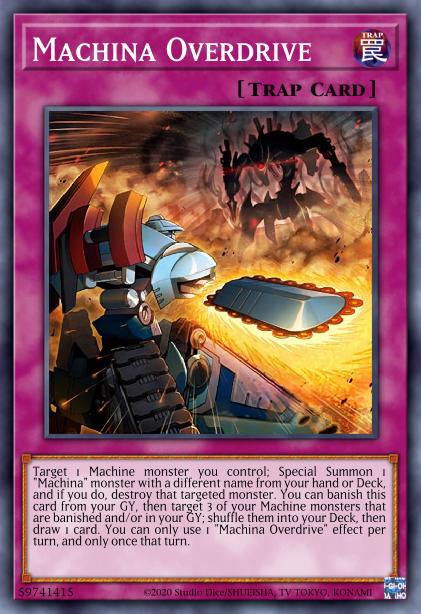 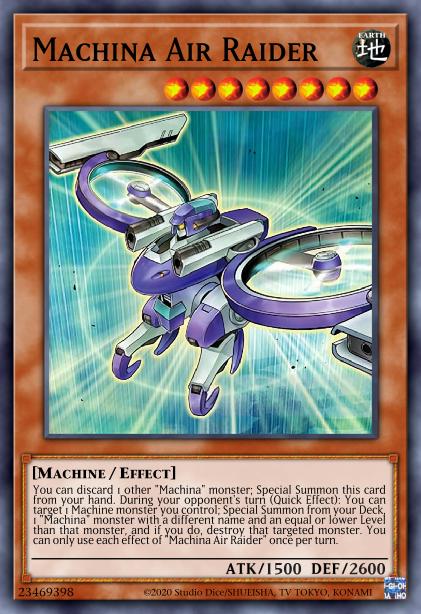 Starting things off with Machina Irradiator and Machina Air Raider. Summoning them requires the discard of another Machina, which is best fulfilled by your GY loving boss Monsters. Both Level 8s blow your own machines up to bring out more Machinas from the GY or deck. Generally speaking, that's a net zero in terms of advantage. But if the Summoned Monster is Machina Possesstorage, that leads straight into another Summon.

What ties it all together though are the destruction-based effects of Machina Citadel and Machina Defense Perimeter. Swapping out your war-waging-widgets lets you recur your ace Monster turn after turn. Another way of blowing your own stuff up is with the versatile Machina Overdrive.

Once the Citadel is on board, keep in mind that ATK manipulation can affect it's board-wipe effect. Namely that's referring to Machina Resavenger's 1200 ATK boost. Limiter Removal is another option, though the downside of wiping out your own field afterwards means it's rather saved for an OTK attempt. 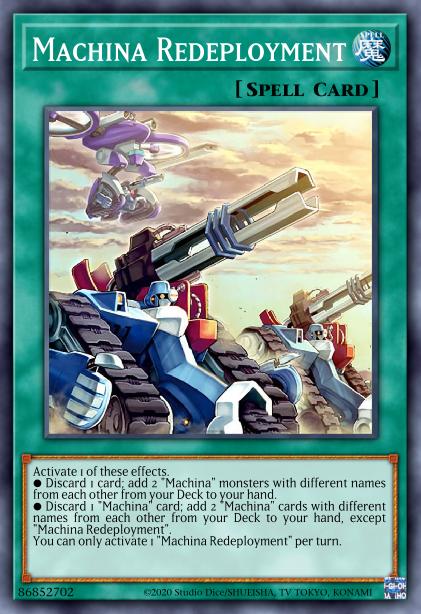 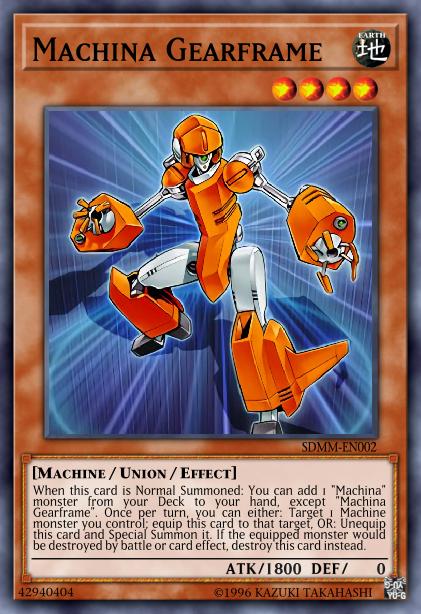 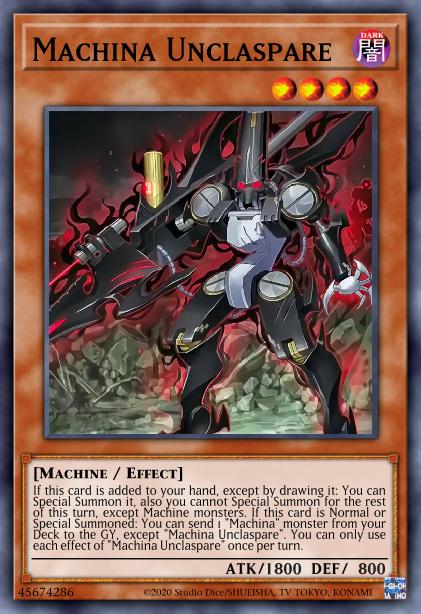 Machina Redeployment is a powerful search Spell that can get you to Citadel and your choice of Air Raider or Irradiator. Either way works out, as you'll get to Summon the Citadel after their destruction effect activates. If those are present already, Overdrive and Machina Defense Perimeter are decent supplementary search targets.

In the case of Machina Gearframe, one of the above mentioned Monsters can be searched on Normal Summon. One other aspect is the possible search target named Machina Unclaspare. It Summons itself when added to hand without drawing it. On top of that, the Summon effect lets you then send a Machina from the deck to the GY. This is a roundabout way of accessing your boss Monsters, but comes with more immediate field presence. 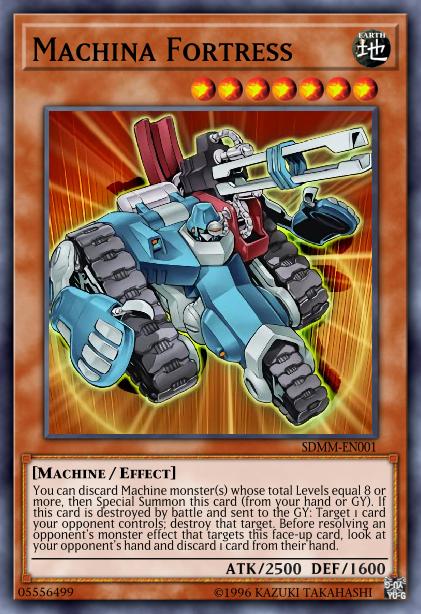 Unlike Citadel, Machina Ruinforce can take its time in the GY, until you've assembled enough Machines to banish for the Summon condition. If you happen to draw Ruinforce ahead of time, another way to utilize it would be by Summoning Machina Fortress. Another mid-sized Machina that requires discards for its Summon, but distinctively works even in the GY.

Once the Ruinforce does hit the field, the Battle Phase-only negation effect makes sure the opponent will take some devastating blows. You can even further increase your reach by destroying the Ruinforce yourself! Though Citadel does need for there to be at least one opposing Monster left to destroy, Machina Overdrive can suddenly fill your whole field with newly enlisted mechanical soldiers. 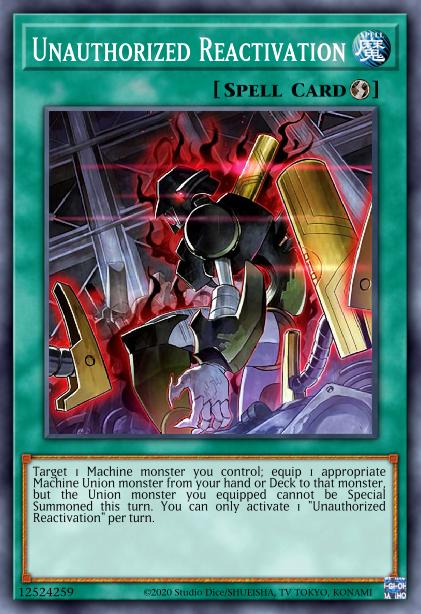 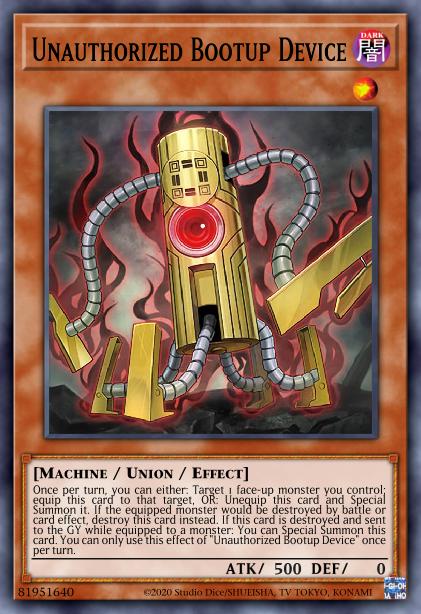 Which Loaner is best?

Seeing as how I'm the guy with a literal Machina Peacekeeper as my profile picture, my opinion may be slightly biased. What we can say is that by comparison, this pure Floowandereeze list is more lacking than the Machina counterpart.

The feathered explorers will often miss their flight without the "Pot" Spells helping out with consistency. They are great at countering the meta... but when they are the meta, things can get ugly. Looking at Machina, they are intricate by design, but tend to take one turn too long to fully live up to their potential. In the end, it's a matter of preference, with both lists having their own merits.

The real Adventurer decks were the Loaners we were lent along the way.

Which Loaner Deck will you be rocking in the barren lands of Extra Deck-less dueling? Let us know in the comments below!