The expansion is upon us! I opened Imp King Rafaam myself, so I've been messing about with Imp Warlock. It's a pretty fun deck, though I imagine my list isn't nearly as good as some of the pros will have managed to make it. Too interested in the wacky interactions and weird combos to care about optimal strategies!

Conversation this week will need to be quiet - we've moved Locations, after all!

Congratulations to AeroJulwin for winning the latest Card Design Competition with their Public Library! 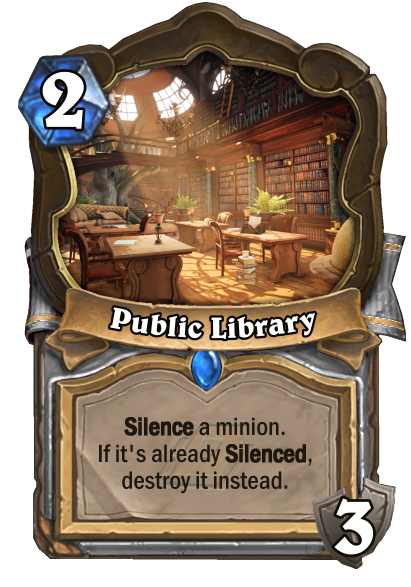 They'll be in charge of next weeks theme, so be prepared for that!

The Fan Community Spotlight takes a trip across time in its latest interview, looking into the battles of the Bronze and Infinite Dragonflights in RenoLord's "Battle of Time Valley" custom set! 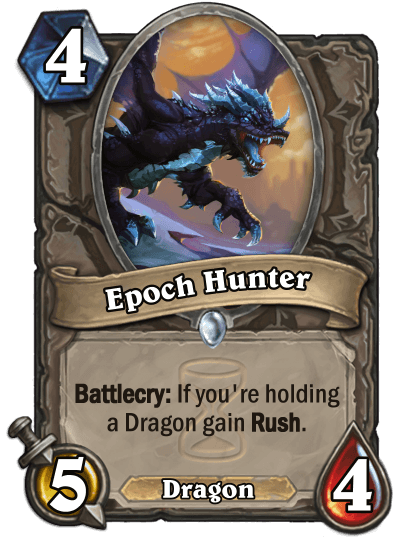 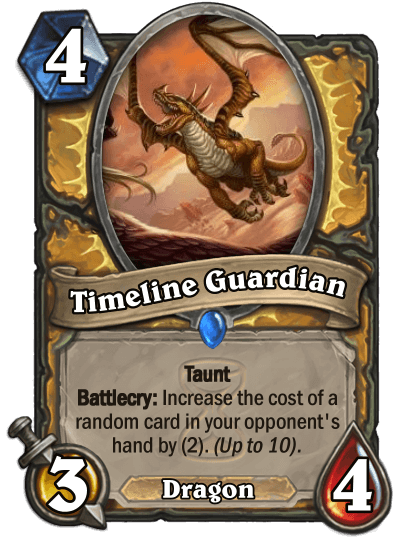 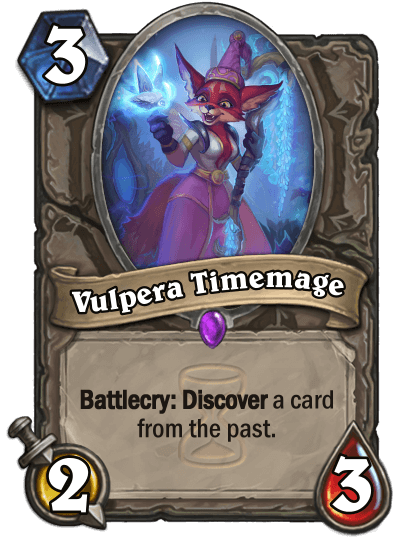 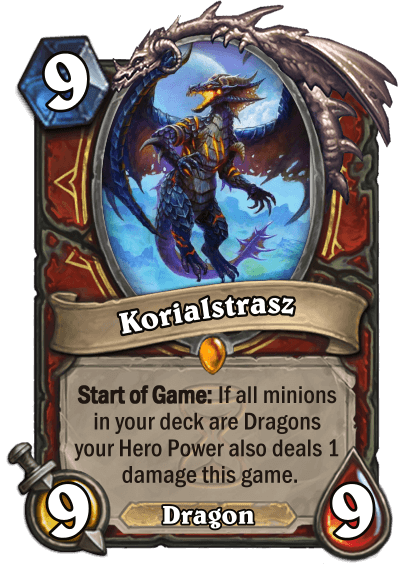 There's a very interesting cycle of Legendary minions in this set, with each class getting access to a powerful Start of Game effect. Some of them require you to restrict your deck building in order to achieve them, while others give a boon with a price attached.

Long time fans of Hearthstone will know that Start of Game effects have been... varied in their impact. Prince Malchezaar is a competitively unviable but very fun card, offering you a random selection of Legendaries which may or may not be helpful to you but at the very least will make your games more interesting; meanwhile, Genn Greymane and Baku the Mooneater broke Standard so badly that they (and the Odd/Even support cards caught in the crossfire) were rotated out early in order to try and save the stagnant meta.

These are pretty damning looks at the mechanic, but the most recent attempt at it seems to have struck a good balance. Prince Renathal doesn't actually use the Start of Game keyword text - likely just to help make the card read better, as part of the effect takes place during deck construction rather than at the start of the game - but the effect is essentially the same. Like his fellow Prince he offers you more cards and like the Odd/Even couple this is ostensibly a restriction in order to gain a bonus 10 Health. The clever trick is that many players won't look at it as a restriction at all, and indeed in some decks it is arguably not a downside.

All this is to say that Start of Game effects are certainly tricky to design, but it can be done in a way that's both exciting and yet still balanced. We'll never know how RenoLord's attempts would fare in the real game, but I like the different approaches to it. Each class having access to one makes at least one of themes for them more obvious, but the restrictions are loose enough to enable a good amount of experimentation.

If you'd like to see more of the set and the thoughts behind it, make sure to click the link above to head to the interview, which also contains a link to the full set.

We've landed an absolute monster this week - click the banner to find out what massive minion we might be looking at!