We have a new Selection Pack coming to Master Duel on August 9th, called Invincible Raid. There are two major archetypes added with this set, Beetroopers and Dinomorphia. The pack will also include support for the Nordic and D/D archetypes.

Beetroopers are made up of Insect Monsters carrying knights or whole fortresses on their backs, while Dinomorphia consists of DARK Dinosaur Monsters that represent humans enhanced by dinosaur elements and their dino-mechs.

With the introduction of this pack, Valiant Wings will be removed from the shop. That's the pack that added the Exosisters to the game, as well as support for Rokket, The Agent, Magistus, and Starry Knights. 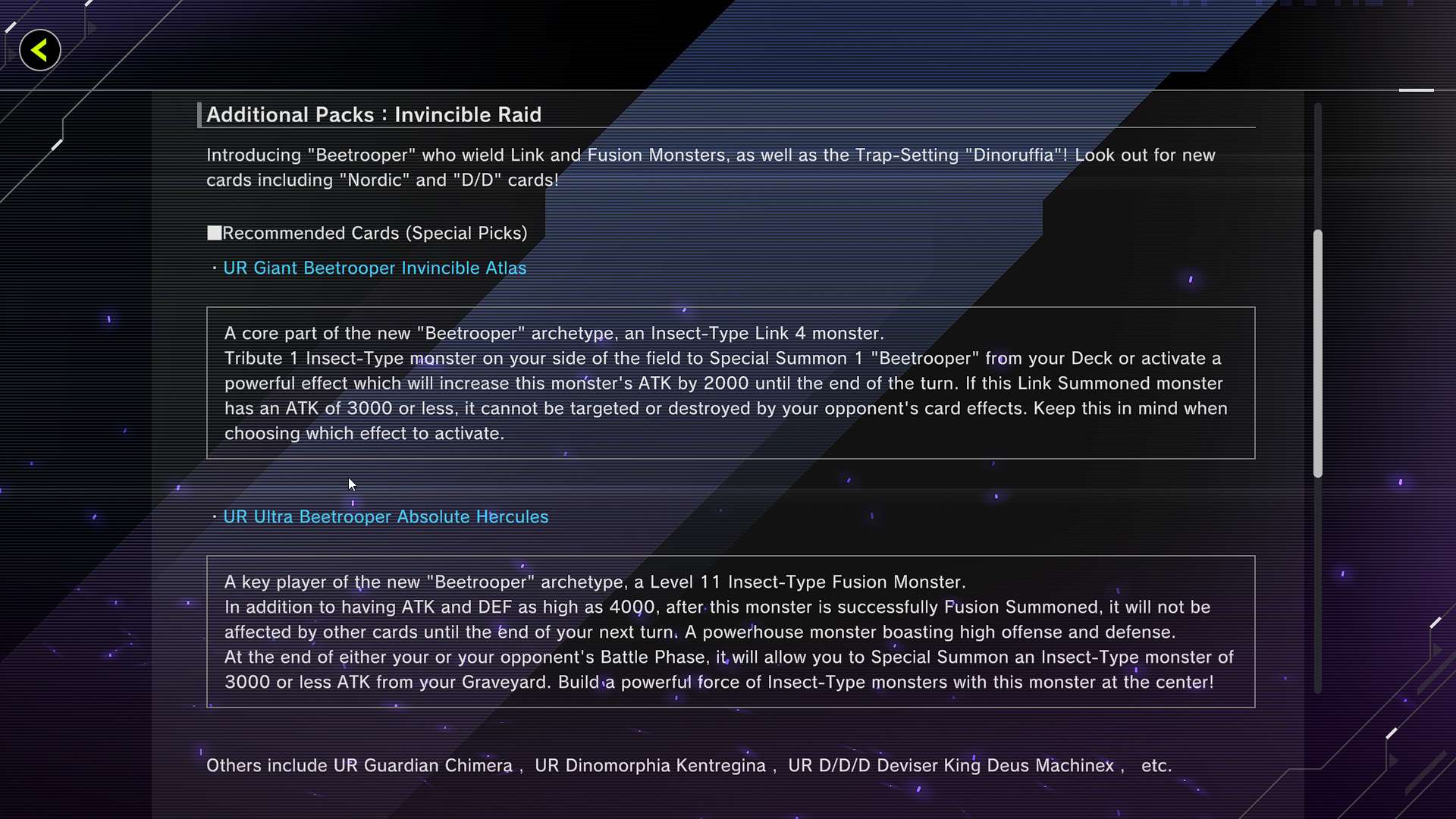 What do you think of this new pack? What archetype are you most excited for? Let us know in the comments below!

Casual Match Has Been Added to Yu-Gi-Oh Master Duel - Play Just for the Sake of Playing, No Ranks or Rewards

Yu-Gi-Oh Master Duel Improves Daily Missions, Two of Them Made Easier To Complete