It's time for our monthly Master Duel event, but this one seems to be more competitive than previous ones. While every event so far focused on a certain theme, and each player was doing their own thing, the upcoming Duelist Cup actually pits players against one-another in a competitive environment.

Here's everything that we know (all dates are in regards to EU times, NA might have things happen the day before):

That's pretty much all we know so far about the event. There's a mention of rewards in the in-game post, but we have no idea what they are. We'll have to wait for the event to start to find out. 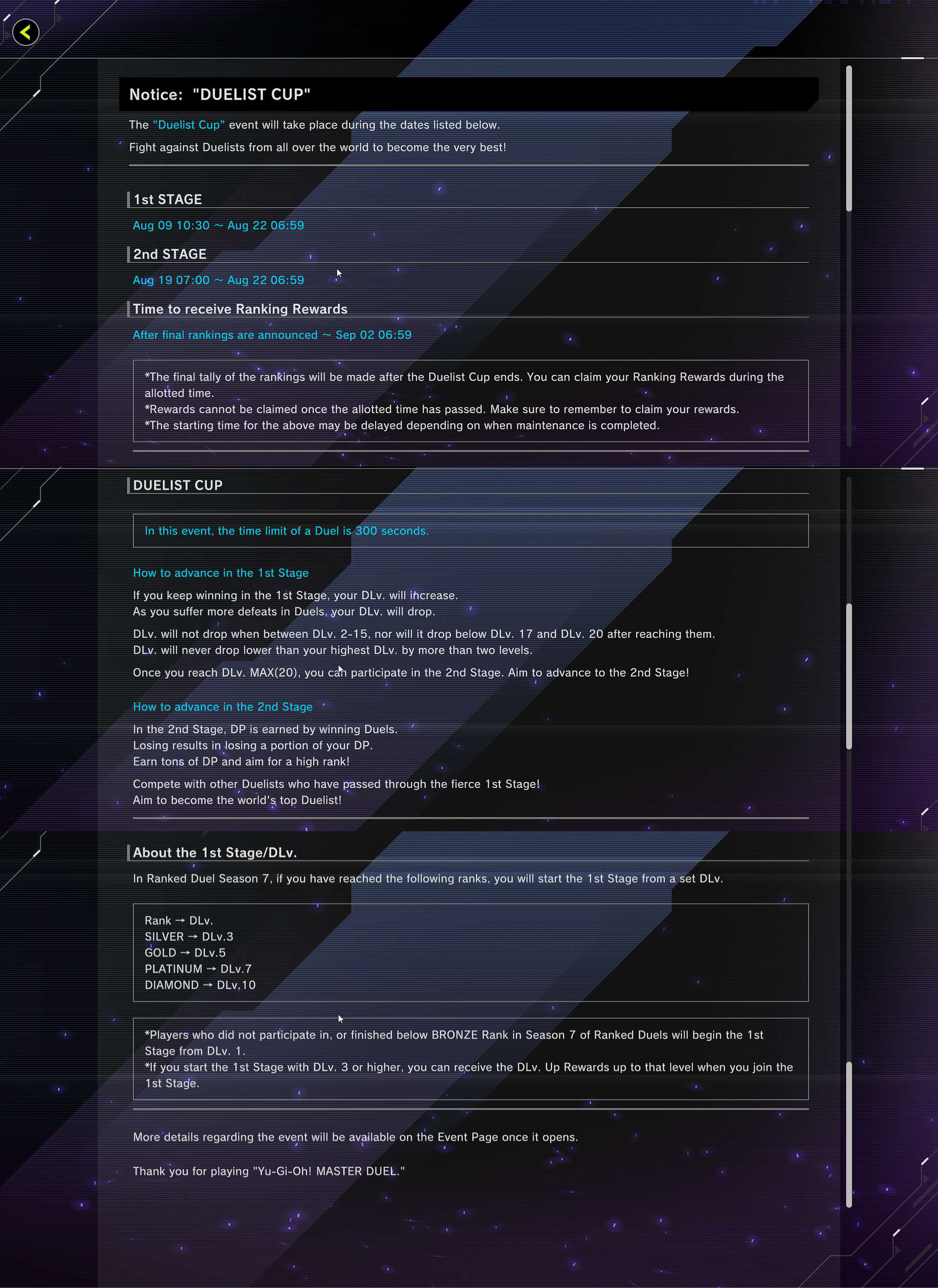 Are you participating in the Duelist Cup? What decks are you bringing? Let us know down below!

Casual Match Has Been Added to Yu-Gi-Oh Master Duel - Play Just for the Sake of Playing, No Ranks or Rewards

Yu-Gi-Oh Master Duel Improves Daily Missions, Two of Them Made Easier To Complete