The Duelist Cup is officially underway! That means we finally have the rewards for the event, and they're pretty good. Getting to the maximum DLv. will net players 1900 Gems, 10 Duelist Cup Reward Tickets (contents seem to be similar to regular Legacy Tickets), and a special card back. You can find all the other details in our original article.

Here's a breakdown of rewards for the first Stage of the Duel Cup:

Aside from the main rewards track, there are also special missions for the cup. Here's a quick breakdown:

That's another 1000 Gems you can earn. In total, there's 2900 Gems to get during the event, ignoring daily missions.

The rewards on the second stage will depend on how high you rank by the end of the event:

We also have information on how players will be scored during the second stage: 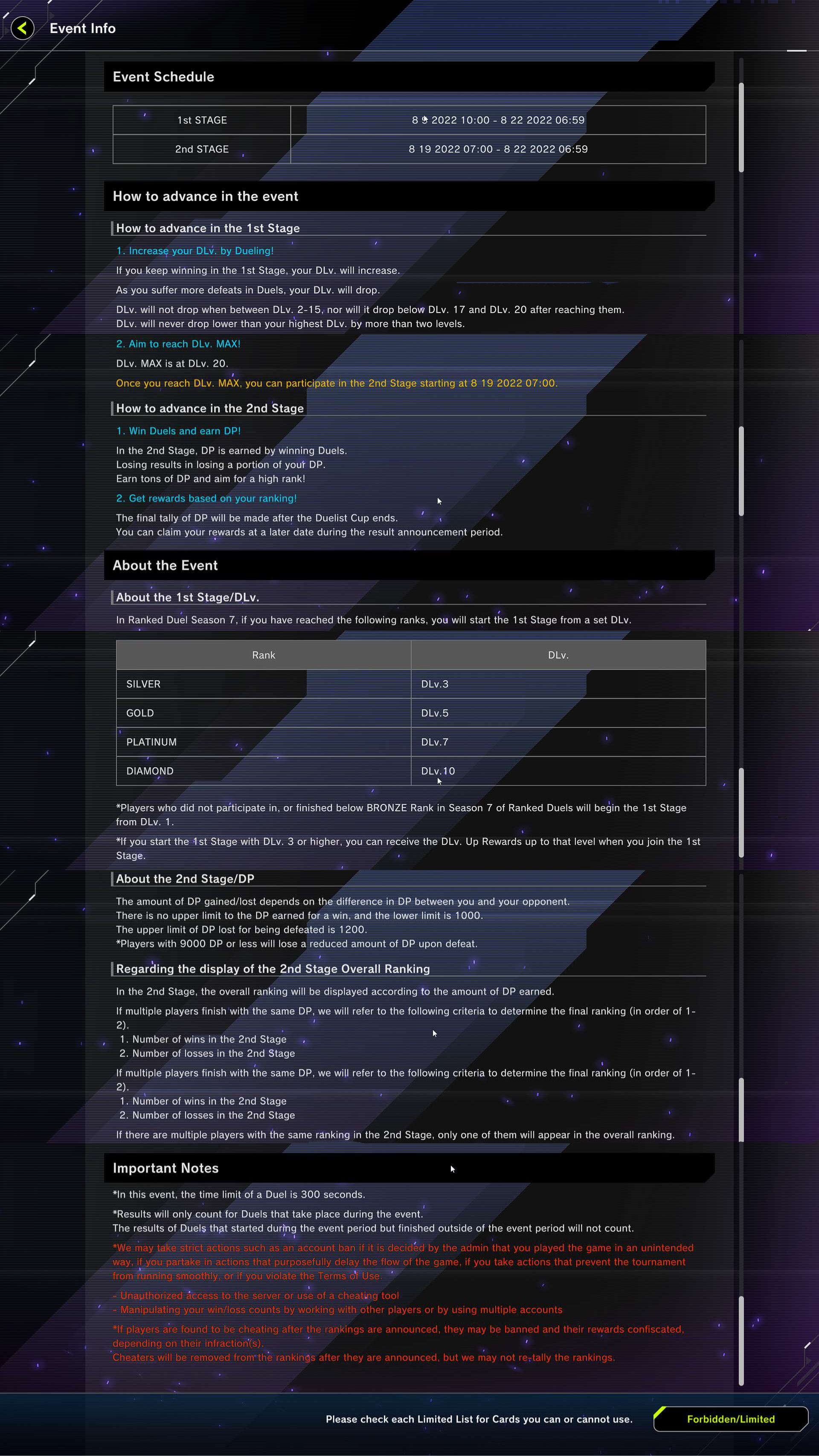 What do you think of the Duelist Cup rewards? Will you take part in the event? Let us know down below!