So there was a little bit of a kerfuffle recently, when, instead of sending out the expected hotfix to deal with ongoing issues, Blizzard set the wrong patch to go live on Asia servers, and players got a brief glimpse of the future before it was taken away from them.

8/12 Update:
Earlier today, a different patch version was inadvertently set live briefly. This resulted in game crashes, as well as players seeing incorrect versions of certain cards. That patch version has now been rolled back, and those issues should be resolved.

We will continue to update this post as we get more information.

Aside from the news of people's games crashing (especially in Battlegrounds), the big headline of this little whoopsy-daisy was that some players got to see the adjusted versions of several cards before they were all properly announced. Following up on Twitter, Aleco (Final Designer on Hearthstone's Team 5) has confirmed that these sneak peeks at planned balance changes were, in fact, accurate. We also learned exactly when we are going to see the upcoming patch - more or less as expected, this coming Tuesday, August 16. It's very possible that the full patch notes will become available a little earlier.

In case you weren't one of the lucky players with a ghost in their machine, Aleco has also spelled out just what those intended nerfs were. As for the buffs, he mostly stayed silent but hinted that there's hope for the underused classes: while it wasn't certain before, we now know for sure that the balance patch will also contain improvements for Paladin, Demon Hunter, and Warrior.

Due to a small oopsy-doopsy, a patch planned for next Tuesday was partially pushed early. Some clever sleuths were able to spot a handful of card changes before things were reverted, and I can confirm that the changes seen on live are accurate. But, there's much more!

We're doing a small number of nerfs this patch. Vile Library loses the base +1/+1, Stag Spirt Wildseed will make a 3/2 weapon, Snowfall Guardian becomes base 5/5 but no longer grows based on minions frozen, and Celestial Alignment will no longer affect the opponent.

In addition to these nerfs, we're also doing a substantial number of buffs! Some of these have already been discovered (Edwin will be a 3 mana 3/3, Relic Vault to 2 mana), but the majority of these buffs were likely not spotted.

For the rest of the buffs, stay tuned for the patch notes early next week

Paladin, Demon Hunter, and Warrior fans should have a lot to look forward to.

I hope you all enjoyed our impromptu "preview"!

So, we've got four fairly big nerfs to some of the most oppressive archetypes in the game right now: Implock gets a slight nerf to the baseline of Vile Library, Control Shaman no longer gets to build big Birds by repeating the Battlecry of Snowfall Guardian, Wildseeds get a little weaker with the change to Stag Spirit Wildseed, while in Wild Kobold Illusionist dies for the sins of Neptulon the Tidehunter.

However, most important of all: Celestial Alignment is being significantly reduced in power. While Druids can still have all the Lady Anacondra fun they want, their opponents no longer have to come down with them to 1 Mana, then watch as they ramp back up in no time at all. 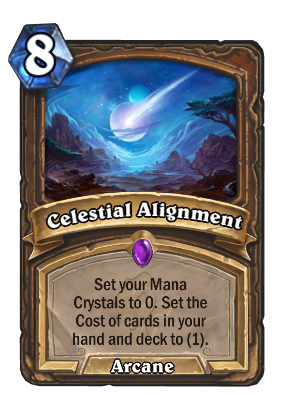 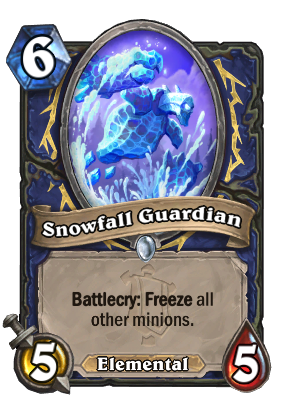 As for the buffs - while only Edwin, Defias Kingpin and Relic Vault got a honorable mention above, we saw some players claim that they were able to spot other improvements (in this case, extra stats for Magnifying Glaive and Bibliomite). Perhaps we'll stumble upon even more 'spoilers'! Such as:

This isn't the only Rogue change

There are rumors about Halkias getting Stealth, but don't take it for granted.

We also happen to know which cards are NOT getting changed for the time being, with Aleco addressing a couple of 'leaks' that apparently popped up across Reddit:

Kael'thas and From the Depths are not getting changed this patch.

Sensible. We'll take those other healthier ways of buffing Warrior.

Unstable Battlegrounds games weren't the only unintended result of this brief too-soon-patch. Players were also able to spot a number of curious changes:

None of this has been officially acknowledged by members of Team 5, however, so we are not going to be absolutely certain until the patch notes arrive.

Have an opinion about these upcoming changes? Share your thoughts in the comments!