Locals call it the biggest hot spot in Un'Goro!

Now that's an unexpected callback to the days of yore. Even though we currently find ourselves investigating the cold interior of mysterious Castle Nathria, the warm memories of one Journey to Un'Goro never seem to fade.

The beginning of September hasn't perhaps been as busy as the start of the preceding expansion month, and yet we had our share of things to talk about: with the continued controversy of the new Runestones currency and their peculiar pricing, and an even greater shake-up of Hearthstone Battlegrounds. Meanwhile, the next Ranked Season has managed to casually sneak upon us.

This particular card back carries with it a lot of associations, both to Hearthstone and its World of Warcraft cousin. Fire Plume Ridge is located at the center of the famous and perilous Un'Goro Crater, and in the remarkable MMO game you might've found yourself on a special quest to locate various hot spots within the area. But our tavern has also had its share of certain namesake cards - to mention the likes of Fire Plume Phoenix, Fire Plume Harbinger, or the original Warrior Quest that was Fire Plume's Heart.

The fact it closely fits the landscape and vibrant colors of Un'Goro with a filling of lava at its center only further helps to elevate the theme for a standout look. It shouldn't have a problem finding an appreciative crowd. 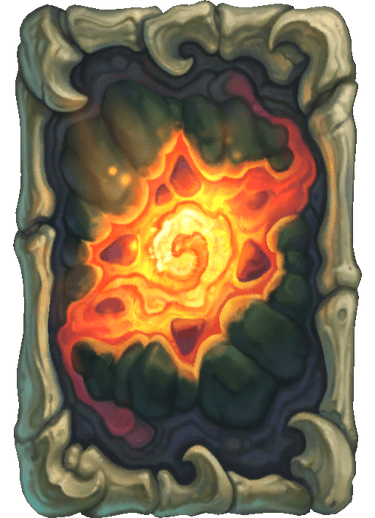 Except... there is currently this little matter of a pesky visual glitch that eagle-eyed users couldn't fail but notice. Luckily it's not here to stay for very long, but it might ruin your proper card back enjoyment for the time being: 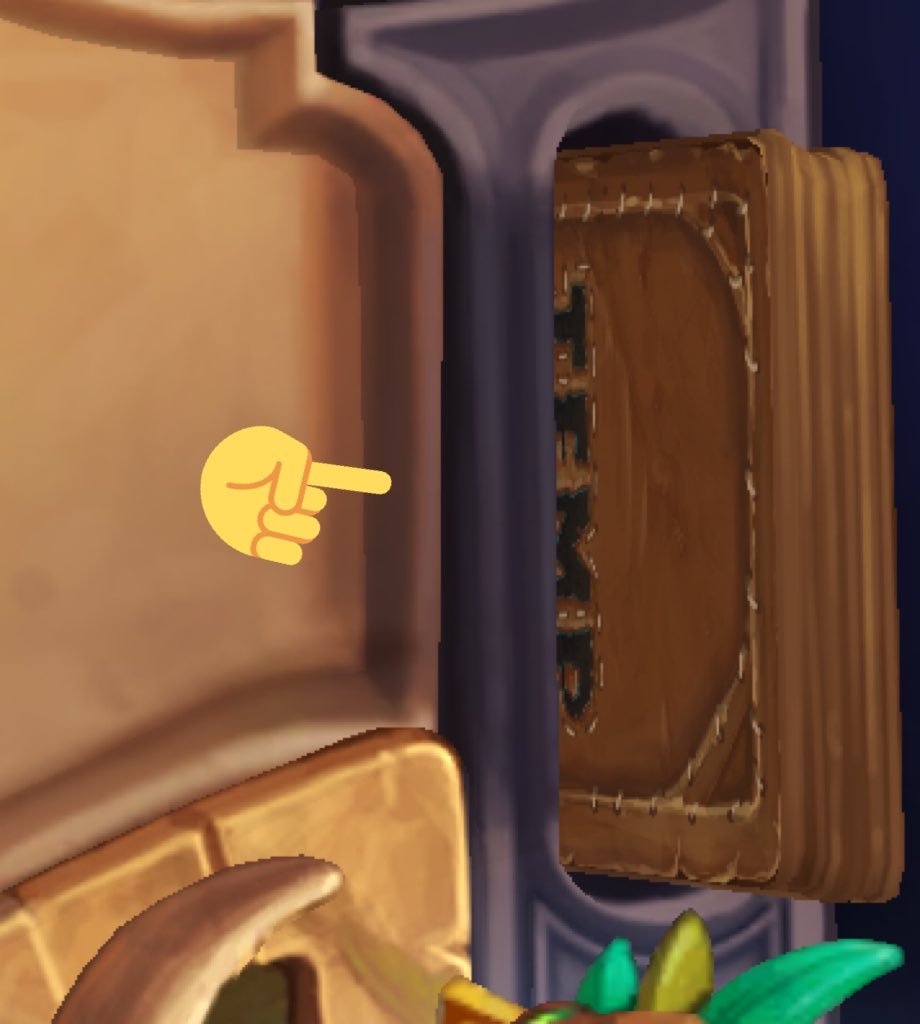 Now, Patch 24.4 (presumably the big one for Hearthstone Mercenaries + Castle Nathria Mini-Set) might happen at the very end of September, or not until early October.

Some players have also found the peculiar 'TEMP' artwork kind of cool and wouldn't mind actually holding onto it. And so we've been given more insight on the topic:

If it makes you happier, that’s how every card back starts out, straight out of the factory.

As always, the card back shown above can be acquired by winning just 5 ranked constructed games (Standard, Wild, Classic) over the next few weeks - and we do have a few decent ideas as to what to play. More Castle Nathria packs await courtesy of the end of month rewards.

If you wish to look at all available Hearthstone card backs, we've got an entire gallery dedicated to just that! Also, don't forget that the game now has a special feature for Favorite Multiple Card Backs - so you don't ever have to settle on just one at any given time, instead being able to choose from a wider personal selection to randomly cycle through.

And if you have ever missed out on any of the older card back options, it's worth checking whether they might be purchasable through the in-game Collection Manager. The eligible list might not've been updated in a while, but it's a fairly extensive one to begin with. Deep gold coffers most likely required.

With the summer heatwaves no longer being here to torture us, we can turn our attention to a variety of Hearthstone-related events. At least one of the highlights has already taken place, others may fit into the 'ongoing' category, and there is a lot more yet to come. You can bookmark this space and check back later as more specific dates become available. Meanwhile, we'll be listing everything below in chronological order, with links wherever possible:

We'll be sure to let you know if anything else comes up! Hearthstone's Team 5 rarely shares all their plans well in advance, and some things on the schedule might end up getting slightly moved up or delayed.

Even more offers might appear throughout the month, as is modern Hearthstone's norm. We'll then aim to update this list accordingly, as well as cover anything of note separately. With the arrival of Runestones as the new in-game currency, there are now a lot more available purchases that can only be found within the Hearthstone client and not on the Battle.net shop. You can always keep this space bookmarked if on the lookout for special shop deals:

If you ever travel to Un'Goro Crater, beware the heat of Fire Plume! What about your own busy Hearthstone schedule for this month? Let us know if we've missed any other relevant events and offers!