It's been a while since we had a proper Master Duel Festival. There was the Duelist Cup in August, but that was more of a hyper-competitive tournament rather than an actual, honest-to-goodness Festival. Well, now we're back, with a Festival that lets you use TWO Summoning methods at the same time. How exciting. There aren't many archetypes that use both Synchro and Xyz Monsters, and those that do usually rely on Links, which are banned. So it'll be interesting to see what players come up with.

The event lasts until September 30th (29th for those in North America, check the game for the exact time). We have dedicated articles for the Festival's Forbidden List and the Loaner Decks available. Interestingly enough, Konami seems to have taken a page out of the Duelist Cup, because there's a time limit of 300 seconds, as opposed to the usual 420.

As with previous Festivals, each player will be awarded Medals after the game. Winning grants 500 Medals, losing only grants you 50, and surrendering doesn't grant you anything. The Rewards are structured pretty much the same, with Gems, 20 Legacy Pack Tickets, a cosmetic item and a title.

Unfortunately, the number of Gems went down for the Festival. Only 1900 instead of the usual 2300. We don't have details on the Event Missions as of writing this article, but we don't expect the missing Gems to be there. Though we would certainly be happy to be wrong. On the bright side, the cosmetic item is definitely better than last time: Quillbolt Hedgehog mate! 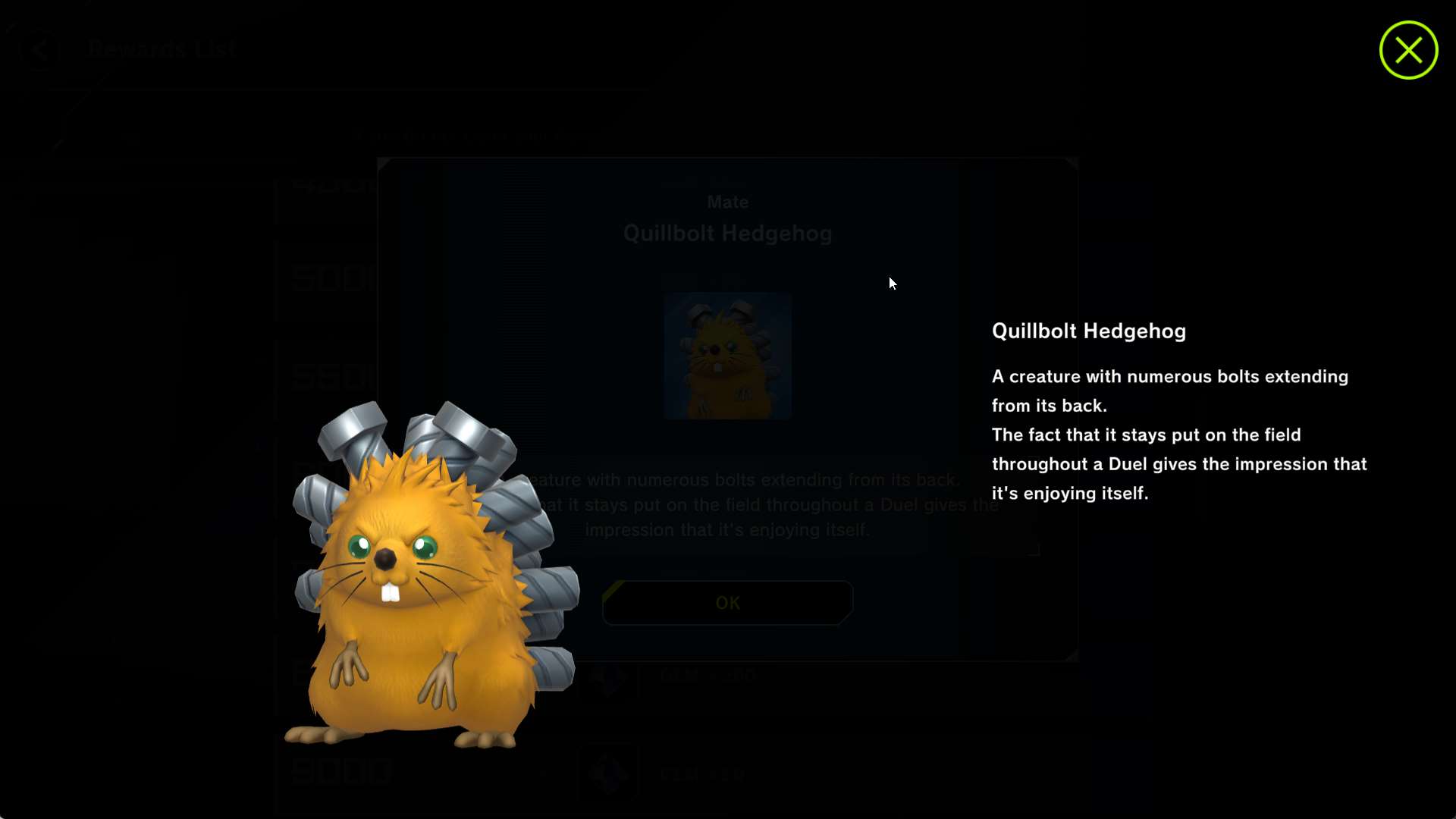 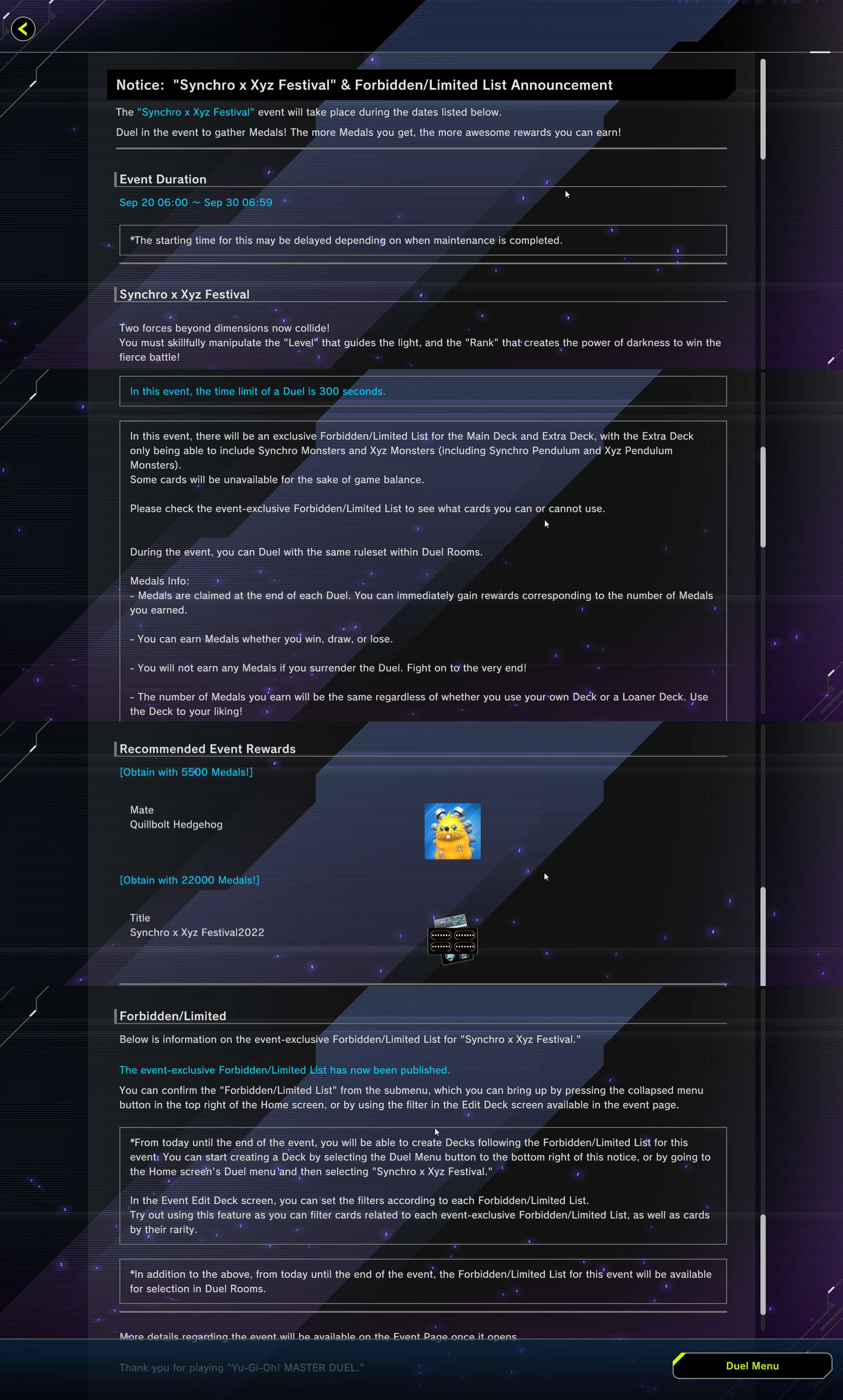 Are you excited for the combination Synchro and Xyz Festival? What are you planning to play? Let us know in the comments down below!