Riot shared a preview into the upcoming card change patch 3.15.0 and it seems to be as big as the mid-expansion balance patches have lately been. Here are the early highlights in short:

Full details will be announced in the patch notes next Tuesday, September 27.

We’re hitting some high performing decks and giving our underperforming champions a little love. We’re also adjusting our Daybreak decks to bring them back into the light. 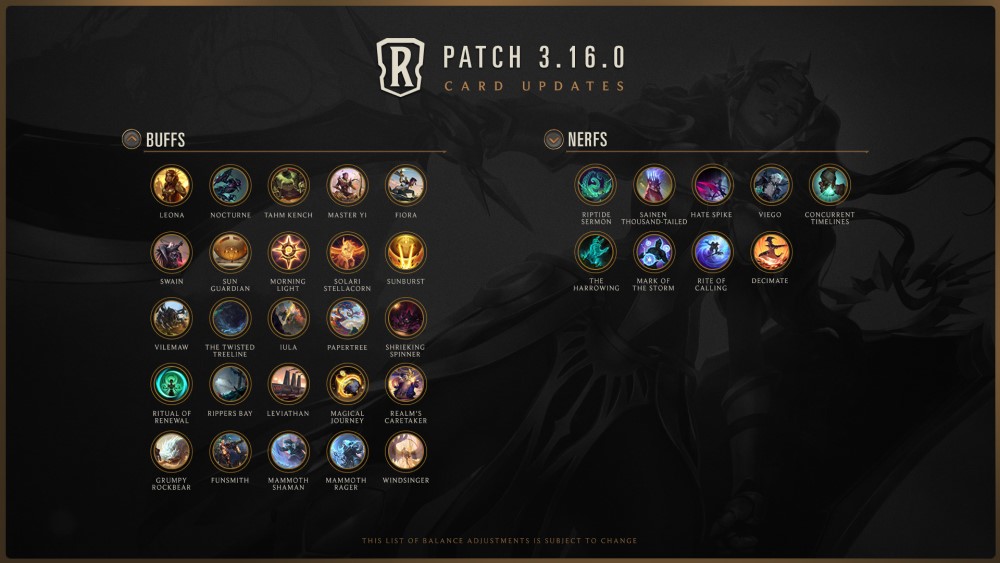 There are two buffs that didn't make the main announcement that are also part of the patch:

sorry about the confusion!

What changes are you most excited about? Let us know in the comments below!