The newest chapter of the Darkin Saga, Domination, launched last week with three new Champions - Varus, Seraphine, and Vayne. In this post we'll take a look at some of the strongest decks that are centered around Varus. 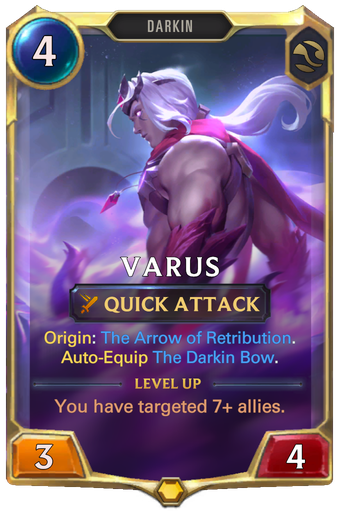 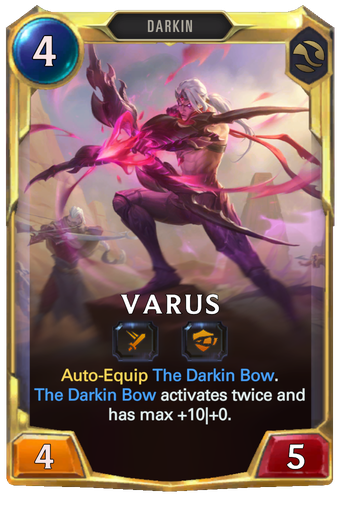 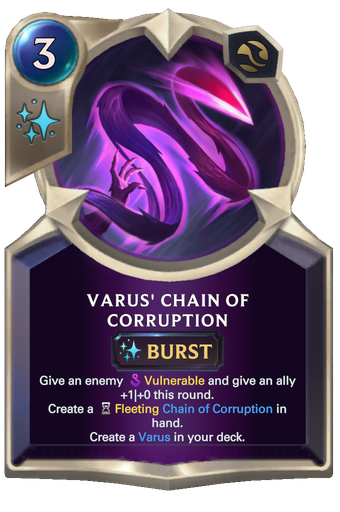 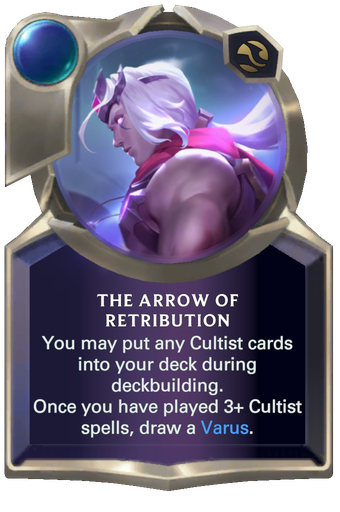 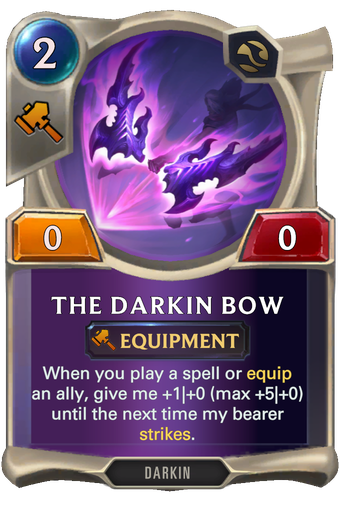 Like Vayne, Varus has been spending a lot of his time in the company of Pantheon, but with a lot more Cultist-ry going on.

Varus has naturally been interested in the tokens created by Riven's Reforge package, helping him to earlier Overwhelms and such.

Another cheap target spell region and another target spell enjoyer Champion. Some versions have even decided to run Buried Armory.

Will Varus be the support Champion that pushes Master Yi into the meta? Early results suggest that might not be the case, but you can test that yourself with the list below.

Have you already tried out the Arrow of Retribution? Share your experiences in the comments below!