We've got great news for those that are still playing Hearthstone Mercenaries - your extra coins aren't useless anymore! Well, sort of. From the dawn of the new game mode, players began to quickly accumulate excess coins that were not able to be spent on anything due to the character-specific nature of them and how easy it was to max out your characters.

Spend Your Excess Coins With Renown 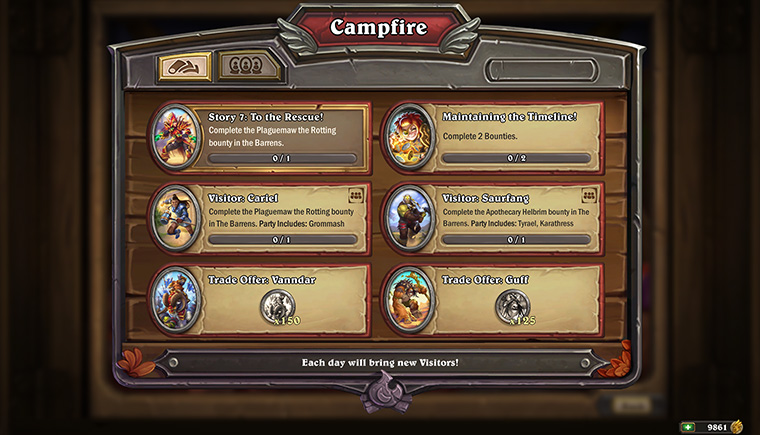 No information has been shared yet regarding conversion rates for Coins to Renown to Coins, but nothing being said about it makes us believe it won't be 1:1.

In addition to the Renown system, we can expect some new changes for tasks!

You can read more about the upcoming Mercenary changes in Patch 24.6 down below.

Starting in Patch 24.6, we’ll be updating our Tasks system. Tasks have been an important part of Mercenaries since the mode first launched. We like that Tasks are a way for players to get free Coins, Packs, and more to help grow their collection and strengthen their Mercs as they play. We’ve improved the Task system a couple times since launch, making it much easier for players to get new Tasks and keep the Task chain rolling. Starting in Patch 24.6, we’re opening them up even more: all Task Chains will available at all times!

Task progress will be determined by the Mercs actively in your Party at that time. That means you can choose exactly which Task chains you want to work on, and when, and progress up to six Tasks chains at once!

In Patch 24.6, we’re also introducing a new Renown system that will let players exchange excess coins for coins of Mercs they own, but haven’t yet Maxed. Your excess coins can be converted to Renown at any time, then exchanged at the Campfire. With Tasks now being available at all times, the Campfire daily reset will instead feature offers to exchange Renown for coins for Mercs they haven’t Maxed. The daily reset will also include some miscellaneous general Mercs Tasks, not tied to any current Task Chain, mixed in with those Renown exchange offerings.

Keep an eye out for the 24.6 Patch Notes, coming soon, for more information about Renown and the new Task updates!