It looks like we've got quite the balance patch coming to Legends of Runeterra next week which will bringing 31 Buffs and 13 Nerfs! Riot teased the changes this evening on Twitter, to brighten up everyone's weekend.

Riot has not yet detailed how the buffs and nerfs are going to happen, but they will be released in the full patch notes next Tuesday, November 8. Interestingly, Vayne appears to be getting a buff but her Tumble is getting a nerf, which makes us think Tumble might be getting hit hard if they'll make it up with a buff to Vayne.

Fan not-so-favourite Seraphine is also getting hit with a nerf, which should be quite welcome news to quite a few players who have not been having a great time against her.

Here's all the cards that are being changed (subject to change according to Riot): 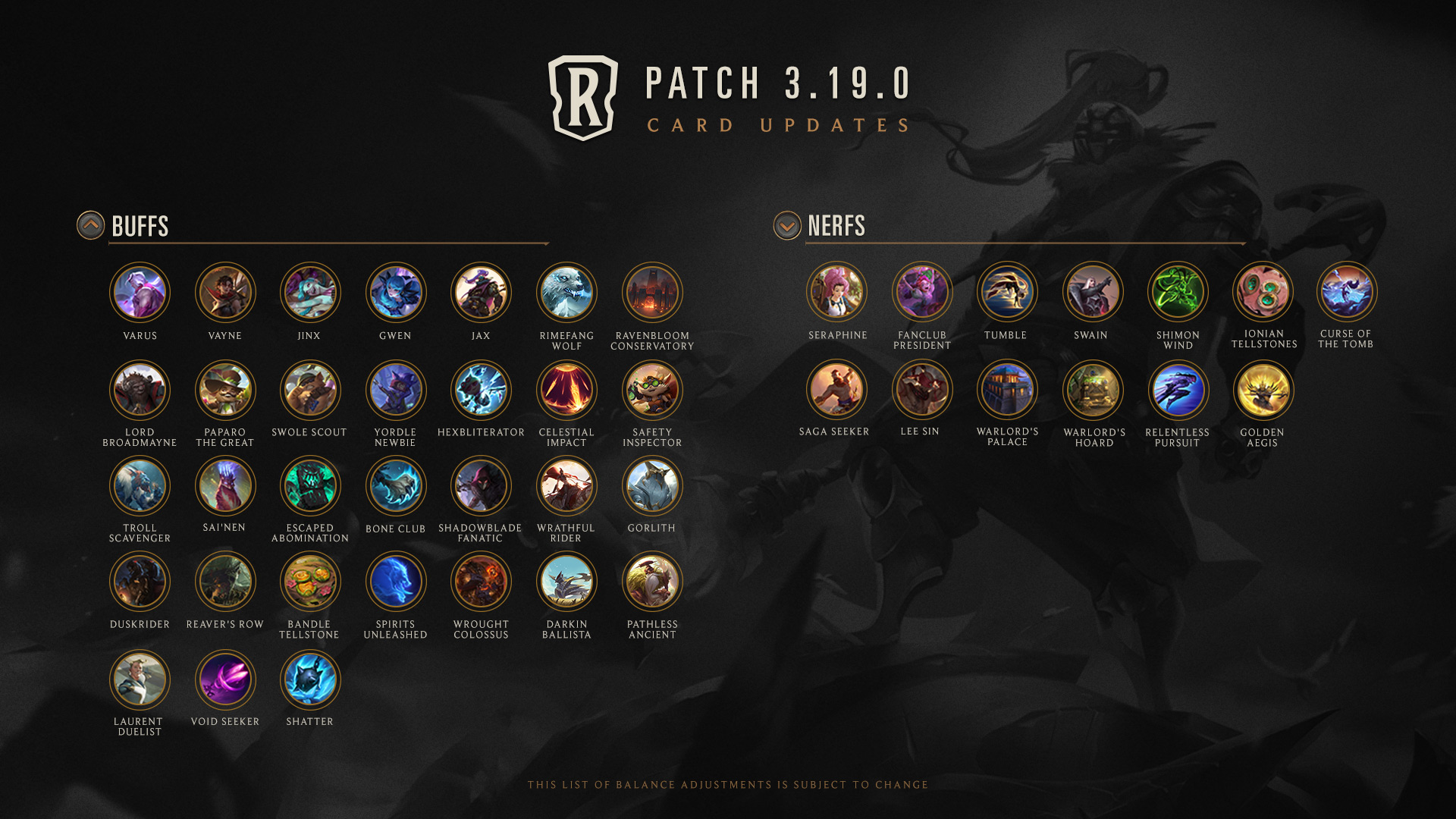