Today is the day! After the initial week full of the overwhelming amount of news, we don't really get to stop and catch a breath: the traditional Hearthstone reveal season is already upon us. Wait, did we say traditional? Not quite, as it turns out. This time around, Team 5 has decided to explore a different way of handling card reveals, both for the Death Knight class and the new March of the Lich King expansion. Said new structure seems to hold a lot of promise.

Rise up, Heroes! This week, our march begins.

Is that enough to hold your attention? Then make sure to follow along with us on the homepage, Twitter, Facebook, and Discord for all of the latest March of the Lich King and Death Knight card reveals! As always, we have set up precise countdowns and links in our Card Reveal Schedule section, with the approaching ones also being featured on the frontpage. You won't have to worry about getting confused by any of the timezones or missing out on anything that happened.

Do keep in mind, however, that anything there is subject to change at a moment's notice. We have seen it before, with new reveals suddenly appearing out of nowhere in Blizzard's library, and others having their times and dates shifted around (especially whenever, uhm, unfortunate leaks took place). It doesn't have to happen, but it might happen. We'll aim to stay vigilant and keep you posted!

Between November 7 and November 26, we should be able to find out about every single upcoming card for March of the Lich King and Death Knight. With the addition of a brand new class, this is going to be a supersized reveal season - 145 collectible expansion cards plus 58 added ones as featured within Death Knight Core + Path of Arthas sets.

For that reason alone, we have already seen good 20% of what's to come: you can view all of the previously revealed 41 cards here.

Why Hearthstone's Team 5 has finally decided to change up how card reveals are supposed to work? There are a number of good reasons related to the whole structure and organization of such an undertaking, considering what's yet to come. Community Manager Alkali Layke made sure to answer a lot of questions and offer necessary clarifications, with Features Lead Chadd "Celestalon" Nervig chiming in as well.

Many of us could easily come up with examples from the past where individual reveals seemed to be very... chaotic. Exactly what and when would get revealed often seemed rather arbitrary; sometimes we couldn't see the whole picture for weeks. One of the best recent examples would be how Demon Hunter's Relics were handled for Murder at Castle Nathria, where Relic Vault Location was shown initially, and then we had to wait a few days for the actual Relics to follow (which, amusingly enough, happened by accident). Even if designers like Gallon might've found it funny to watch the community scrambling for answers, we might all be better off without this kind of confusion.

Now, you have to admit this sounds rather reasonable:

Really about the synergy packages change. All too often, cards would get revealed, and people would review them like "well there's no use for this". Now you'll see at least some of the related cards at once, and be able to review packages at once!

Also, if you are like me and absolutely bemoaned how wasteful and useless Hearthstone "card library dumps" always seemed to be (so many interesting cards never getting their own spotlight, just unceremoniously being thrown out there as part of a huge pile at the end of a reveal season), we have something to celebrate:

I cannot believe I have actually lived to see the day. Admittedly, the team has already been on a good track and making improvements, as seen with the recent reveals for the Maw and Disorder Mini-Set. As you can probably tell by all the Neutral and Class icons (most of them just being default - or generic - graphics) being featured on the respective card reveals along with the attached date and time, we should be looking at something similar here. 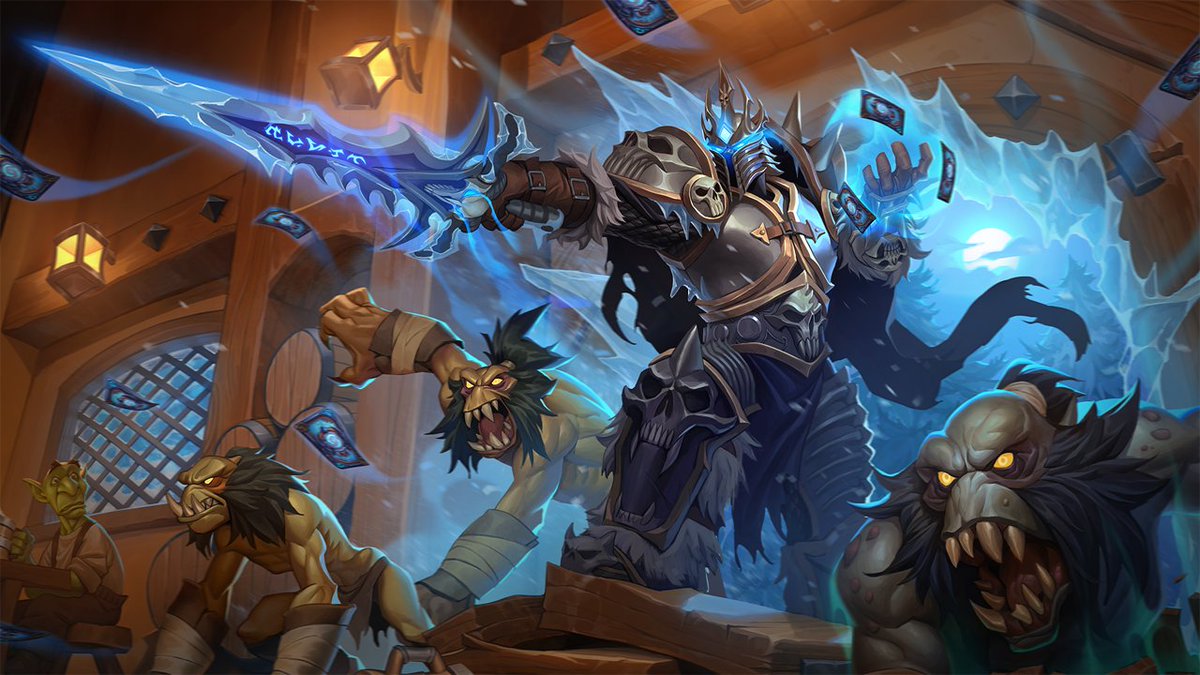 In case you have any other doubts or questions, chances are they have already been answered. We're not going to be tortured with one card at a time for over 100 separate reveals, thankfully!

There's a LOT of cards. I see how one card at a time might be more enjoyable for you, but it would take significant time investment to execute. Give this a chance first and tell me your thoughts after.

Alas, no "Arena cards" (your typical Commons and Rares that aren't terribly powerful in Constructed Hearthstone) stream this time around.

does this mean no arena card reveal stream like the last couple expansions?

Not this time […] Common cards are

for arena and I loved those streams for past sets. Trying something new this time because they fit so well into the synergy idea we're trying Plz tell us what you think after you see it

Same goes for any official final card reveal stream. Those are being sorely missed!

Do we get anykind of final card reveal stream or are those history now?

Not this time. And I think it's fun to change things up each expansion. I can see them coming back if it works for the particular expansion. For this set the way we're presenting it made the most sense. So we'll see!

If you're concerned about being railroaded into certain pre-built packages, that's not really the goal:

I get the feeling that March of the Lich King will be another set with a lot of prebuilt packages based on how the card reveals are structured. Still hoping for more individually powerful cards though.

You'll see cards outside of packages in reveals too. :) Plenty of cards do their own thing.

We're going to find out in the weeks to come, one way or another. But so far so good, everything sounds carefully thought out and as such very promising.

Knowing what we know now, the upcoming Twitch stream showcasing Death Knights is starting to make a whole lot more sense. You might've seen it previously announced via Blizzard blog during the expansion reveal. By the time it rolls around, we should be familiar with every single Death Knight and Neutral card (which in a way might also prevent any leaks via random Discover or generated effects).

Join some of your favorite content creators as they explore each of the Death Knights’ Runes in a special showmatch TO THE DEATH… Knight. This special showmatch will be casted by community members Slysssa and Garrett! 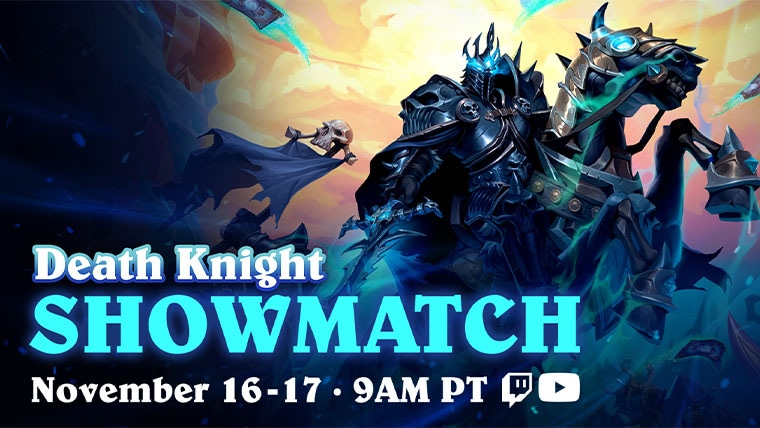 12 creators will be split into three teams of four players, one for each Rune: Blood, Frost, and Unholy. Each team will have one member deep into their Rune, two members with one foot in each of the other Runes, and one Wild Card member that can play any Rune combination they want. For example, team Frost would look like this:

Teams will play in a round-robin style format, with team placement and prizing being based on combined team scores.

Watch all the action live on the official Hearthstone Youtube channel or Twitch channel on November 16 and November 17, starting at 9 a.m. Pacific Time on both days. Make sure you tune in to see all the new cards in action and to see which Rune will reign supreme! Watch on Twitch for a total of one hour across both days to earn one March of the Lich King pack; watch for another hour to earn a second pack! If you haven’t done so already, be sure to link your Battle Net and Twitch account to be eligible for Drops.

Of course, we're going to remind you once we are closer to this special showcase, just like with the most recent set of Twitch Drops.

Hearthstone Duels to Wrap up Everything

And yes, there is technically one final reveal scheduled for November 27. But we don't expect to find any new expansion or Death Knight cards there. Now, new Duels Treasures and playable Heroes on the other hand... that seems like a very real possibility. The default icon is a dead giveaway, even if we don't know yet who is going to receive the honors. 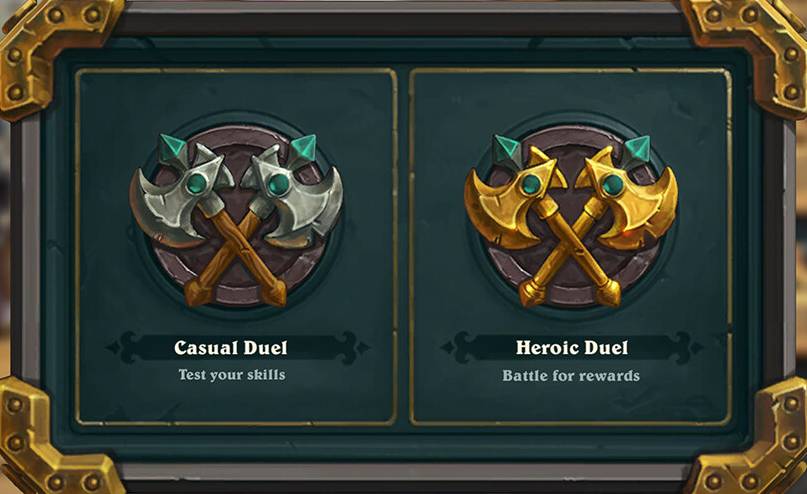 This has already been an ongoing trend for the past few reveal seasons, with RegisKillbin introducing The League of Explorers for Voyage to the Sunken City, and Zeddy bringing in the news of Darius Crowley. Things have been rather silent on the Duels' front since that last big reveal.

Excited to follow along with the improved reveal season for March of the Lich King and Death Knight class? We most certainly are!