Following their previous announcement, Konami's latest Master Duel update added a new Duel Mode that lets you organize Team Battles. It doesn't fundamentally change the way Yu-Gi-Oh! is played, but it comes with some rule changes and features to offer some variety to the standard Duel Room.

Your first thought when hearing "Team Battle" might be Tag Duels, but that's not the case here. If you are familiar with 3v3 tournaments from the Yu-Gi-Oh! TCG, this is much more akin to that concept. The teams participate in a best of 3 or 5, in which the individual Duels are all played simultaneously by separate team members.

So, let's say you want to play a 3v3 Team Battle. You'll need two other duelists to join your team, and each of you will be matched against a duelist of another team. Once the games are played out, your scores are tallied to determine which team won the overall match. That means, even if you lost your own Duel, your team can still come out on top by winning the other 2. Likewise, you can still lose despite winning your own matchup.

There's not much of a reason to play this mode with complete strangers, as the unique part is being able to strategize and communicate with your team members. (Note that there's no in-game method for that. The actual communication would have to be done over something like Discord.) The only use for finding randoms to join you, might be when you have a group of 2 or 4, but the supply of random people looking to join as a third wheel will probably be quite low. 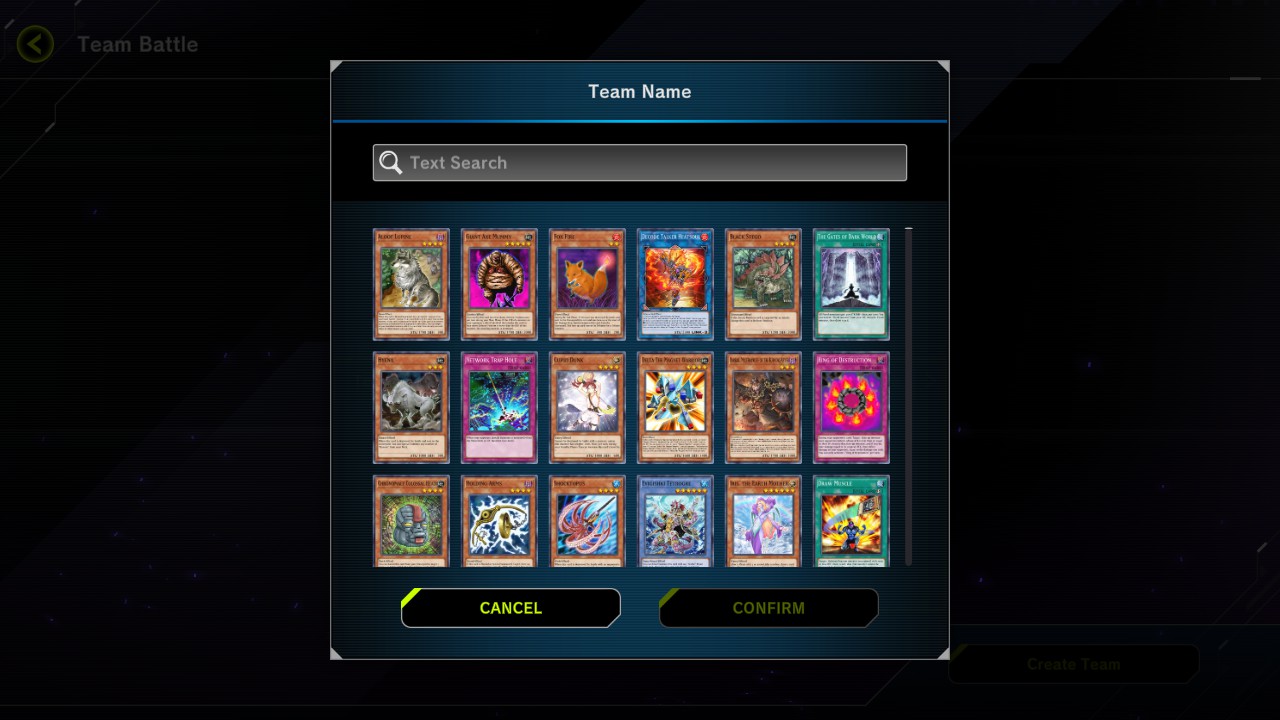 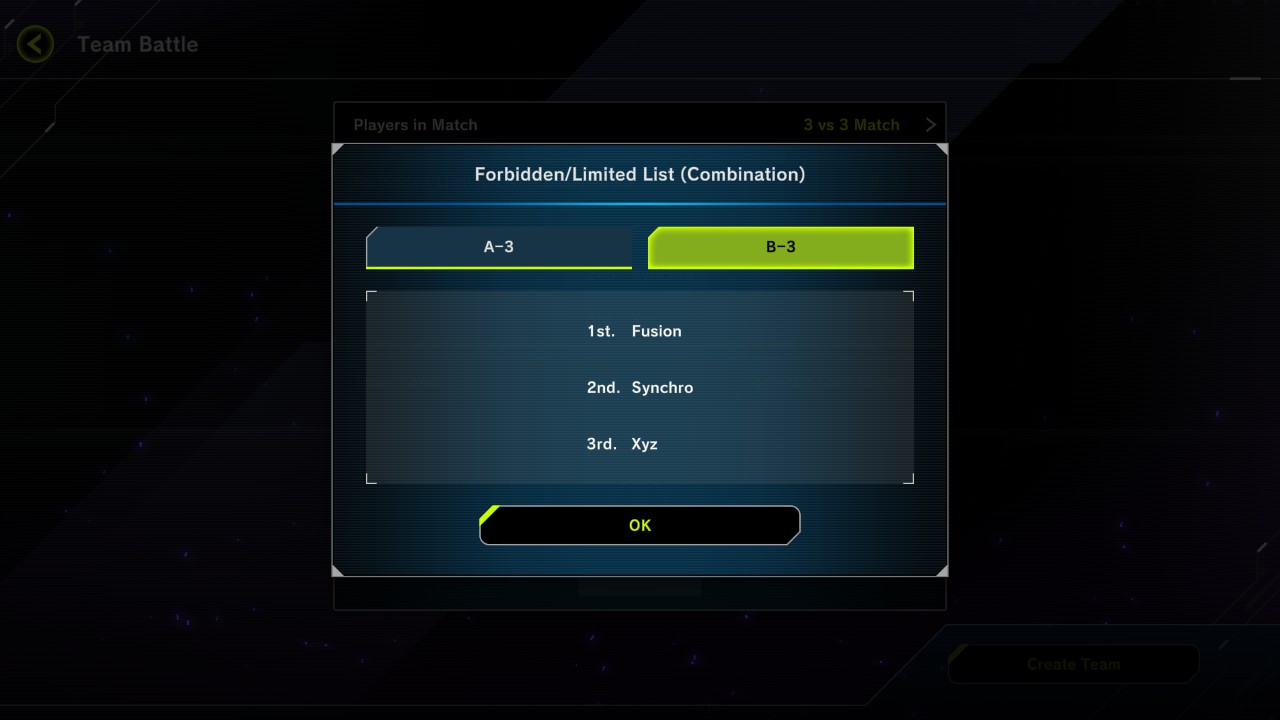 So far, the Mode launched with some rudimentary options. You can select one of the 10,000+ cards to represent you Team by name, and choose between the standard Forbidden/Limited List, or the Extra Deck limiting one depicted above. In addition, the team's size can either be 3 or 5, depending on the selected "3v3" or "5v5" option. Interestingly enough, when extending the list to 5 members, the limitation for "B-5" also adds a fourth and fifth slot, one for "Links" and "Standard".

The fact that you are forced to split up the regulations in such a way is quite limiting. For example: You can't just create a Team Battle in which everyone's Extra Deck is limited to Fusion Monsters. The two templates are the only possible settings. This also adds an extra amount of difficulty for finding a missing team member, as they theoretically need to prepare 5 different decks, depending on which regulation they've been assigned to.

With such a bare bones addition to the game, the effort to make the most out of this game mode seems to have been relegated to the players and third party organizers. The fact that functionalities that have already been added to the basic Duel Rooms are missing, shows that there's still much left to improve.

What's your take on the new Team Battles? Would you have preferred Tag Team Duels? Share your opinion down in the comments!