The latest Hearthstone shop update arrived right in the middle of a busy reveal period, and we only really got a chance to take a quick look at a handful of new Constructed bundles. But that's not all there is, as other game modes have also received some new stuff to enjoy. So let's take a browse on all of the current offers and catch up!

Hearthstone has a new currency that can be used to buy everything available in the in-game shop. If you want a reminder about their pricing, check out the table below.

You can find monetary conversions of the Runestones to selected currencies below:

As you may have noticed, the biggest bundles aren't actually the cheapest option to obtain Runestones. While the prices of USD/EUR bundles aren't radically different, in GBP you'd be losing a relatively high amount of money if you bought anything but the cheapest bundle. We've bolded the best deals in each currency in the table above for your convenience.

We've previously gone through all of these current offers in separate posts, and even talked about a small Hearthstone's in-game shop revamp, but let's provide a quick recap (with a lot more details available under the expandable sections, should you wish):

Pre-orders for March of the Lich King: The Mega version (8000 Runestones/$79.99) and the Standard version (5000 Runestones/$49.99). These will still remain available for an extra week after the new expansion launches December 6th - a notable change from how it's always been in the past. 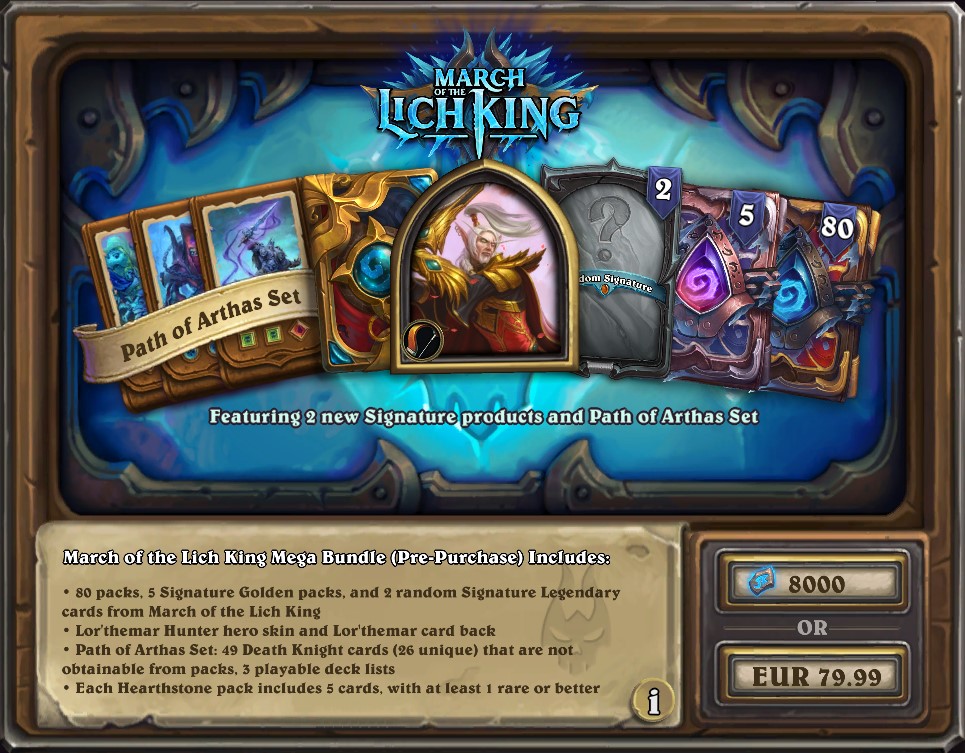 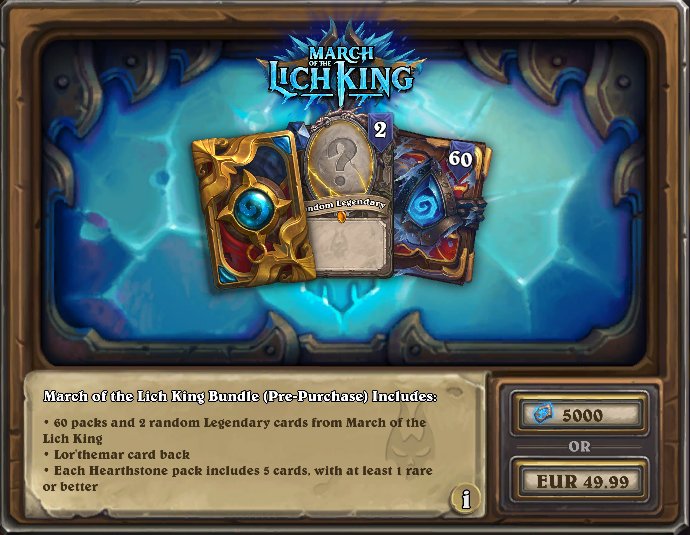 You can read more about Signature Cards here, and we've described Path of Arthas in our expansion overview. If you're not grabbing the Mega Bundle for yourself, then better make sure to save up either 2000 Gold or 1500 Runestones for the separate purchase of those extra 26 Death Knight class cards! Unless you plan to craft them all with arcane dust.

Arthas Menethil bundle with a 3D modeled Legendary Death Knight skin and 5 DK Class packs (2500 Runestones or $24.99) has been available for pre-purchase since November 8, and we actually knew it was coming well before that. Even if somebody has already bought the product, the contents of this package remain not usable until the Death Knight class unlocks with the release of March of the Lich King on December 6.

But there is no real rush here, anyway. This particular bundle is meant to stick around for a longer while, also throughout the entirety of the upcoming Patch 25.0. Which should mean either for most of December or more likely until early January. 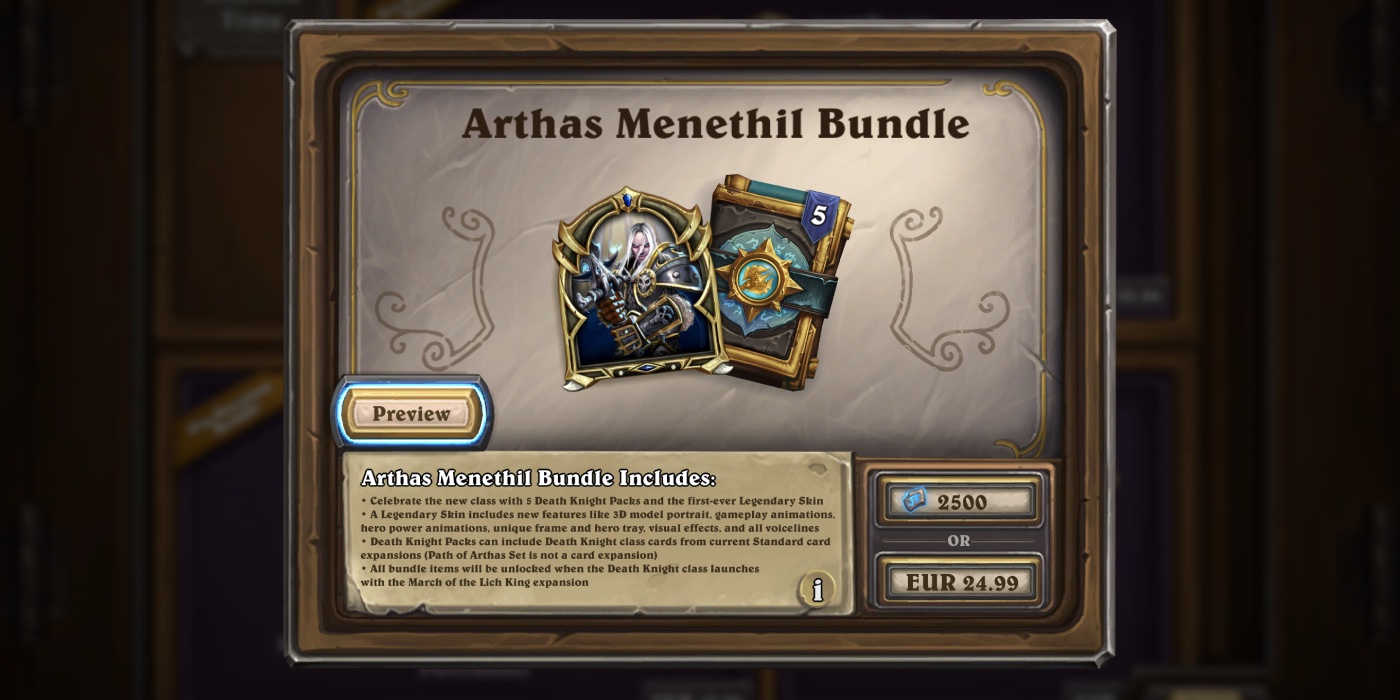 Death Knight is yet to be released, but the class is already a frontrunner when it comes to cosmetics. Just as we mentioned above, Death Knight is the first class to receive a Legendary Hero Skin - the Arthas Menethil Bundle contains a fully animated Arthas portrait, as well as 5 Death Knight class packs (which, of course, you won't be able to open until March of the Lich King goes live on December 6th).

In case you're curious, a Legendary Hero Skin consists of:

If you want to see the new skin in action, consider watching the video below:

The latest freshness on the market: 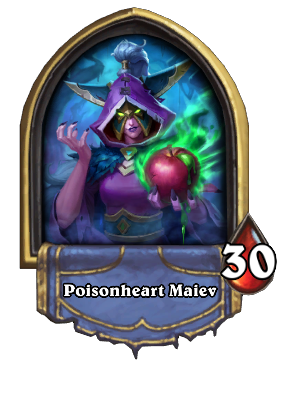 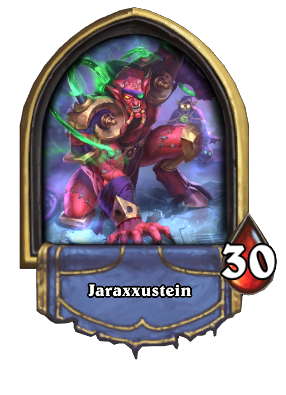 On November 15, a new set of food-themed skins and an emote bundle have hit the Battlegrounds side of the shop, both with discounted prices! That's right, Hearthstone and some actual sale discounts - who would've ever thought that possible. We don't exactly know what possible duration this "limited time" really indicates. 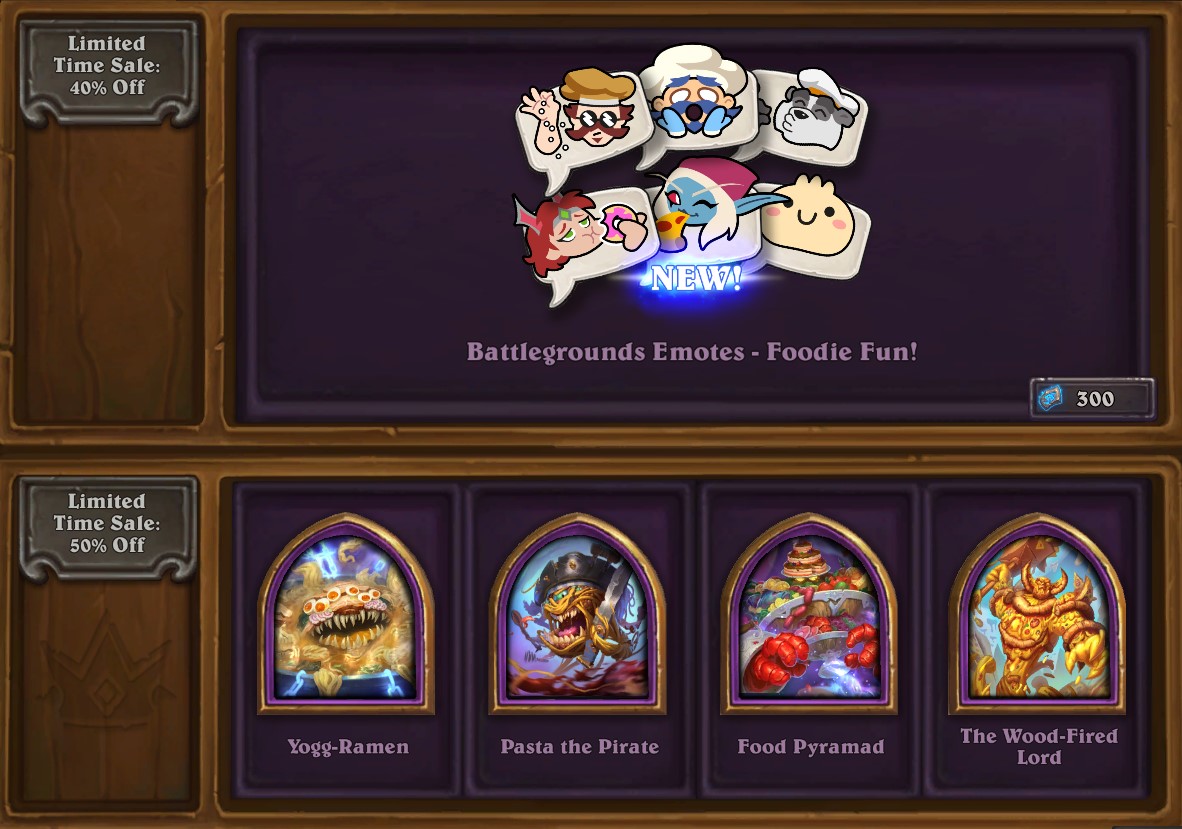 Additionally, Bob has some personalized offers Just for You, ranging from old Bartenders for 500 Runestones ($4.99) to old Battlegrounds skins with 100 Runestones (~$0.99) each. Note that 100 Runestones is the default price for the old BG skins, contrary to the brand-new-but-still-discounted food skins above.

The paid Season Pass still remains as well, costing you 1500 Runestones or the equivalent amount of real money ($14.99). The next Battlegrounds Season is expected to arrive along with Patch 25.2, which might be somewhere in early January 2023. 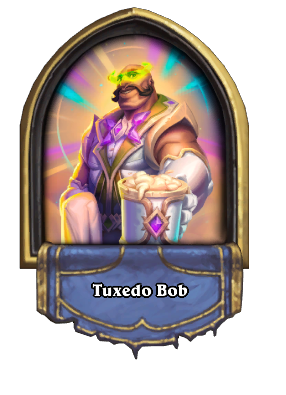 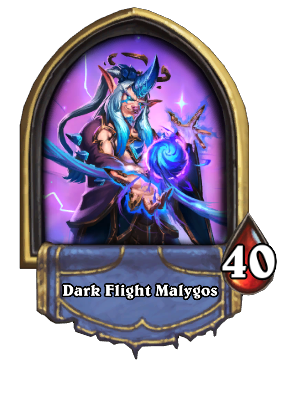 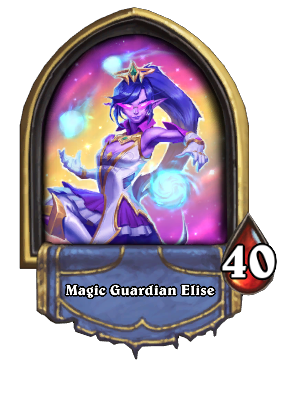 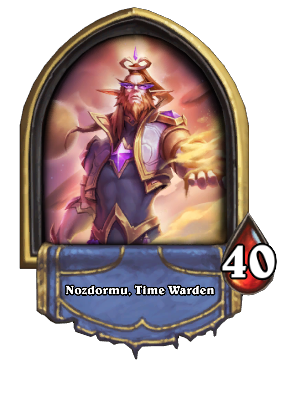 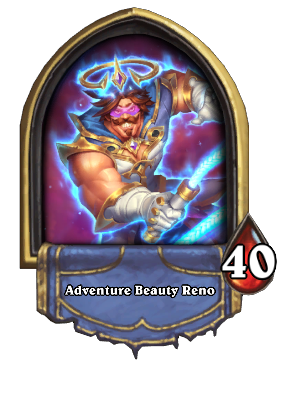 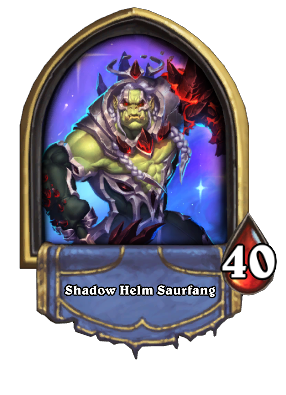 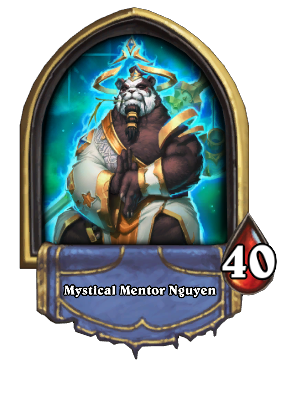 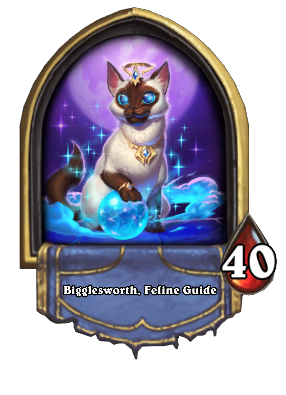 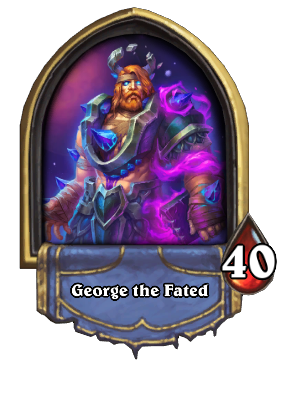 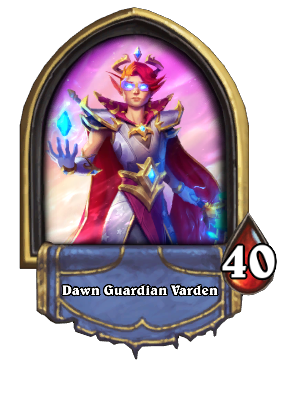 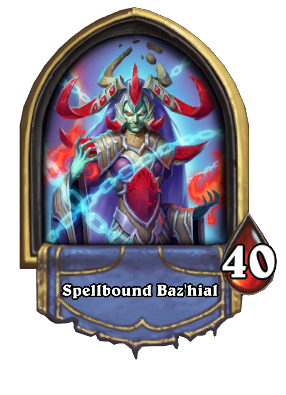 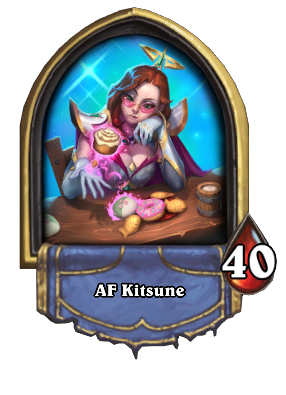 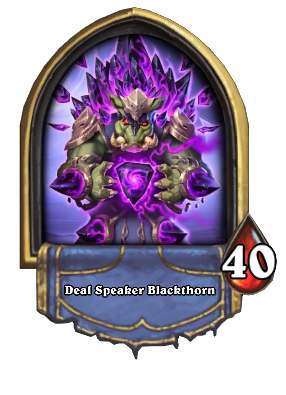 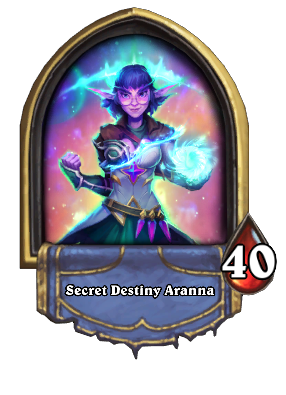 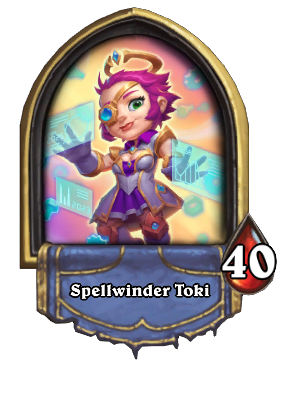 Battle Bash #1 Coming to an End

Remember Battle Bash? That new paid way of earning limited-time Battlegrounds cosmetics, which arrived together with all the other game mode updates as part of Patch 24.6 on November 1. Well, this first edition is just about to end.

Hallow's End is the theme of this current version (purchasable for 1000 Runestones or $9.99), which contains ten special items: a Legendary Board, a Legendary Strike, a Rare Bartender, 5 Epic Skins, and 2 sets of three Rare Emotes! Purchasing the Battle Bash will immediately unlock 2 Hammers and will let you earn one “Hammer” with each Top 4 finish during the Battle Bash period. Each Hammer can then be used to Bash for a random prize from that Battle Bash collection. 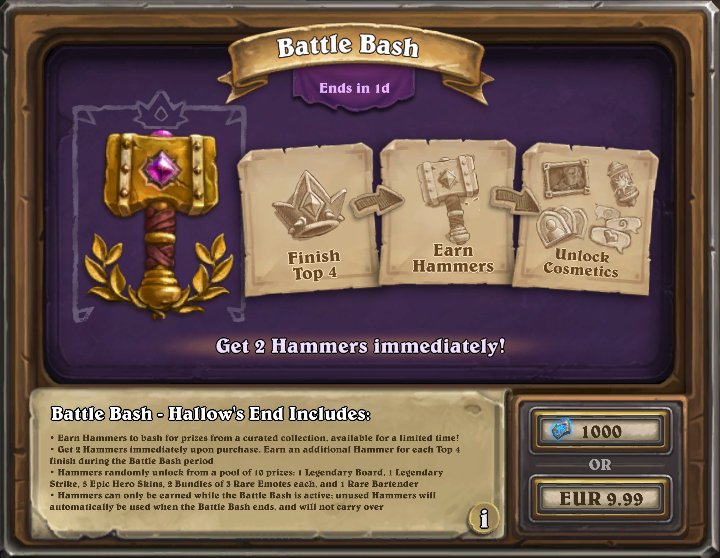 Everyone was actually given one free Hammer with the introduction of this deal, so if you've never used up your random roll, now would be the time! The Battle Bash has its own accessible icon in the upper half of the in-game Battlegrounds homepage.

Seeing as the Patch 24.6 hit the live servers almost 3 weeks ago around 10 AM Pacific (1 PM Eastern, 7 PM CET), that's about when we would expect this offer to expire on November 22.

Blizzard is starting to get festive with a Holiday Special bundle for Mercenaries, and even sending such reminders straight to our Village mailbox; although their Winter's Veil spirit didn't provide any discounts in this game mode. The bundle will cost you 1000 Runestones ($9.99) and will include random Epic and Legendary Mercenaries as well as 10 Mercenary packs.

The Rattlegore support bundles still linger as well. In addition to straight up selling a 300 coin bundle for Rattlegore (for 500 Runestones/$4.99), Blizzard also bundles together 3 x 250 coins for Mercenaries that are supposed to work well together with Rattlegore: Balinda, Maestra, and Trigore. This bundle comes with a price of 1000 Runestones ($9.99).

As a quick reminder, the currently ongoing special Rattlegore event has been given limited time to growl around: up until November 29.

Additionally, there are three partially personalized offers available for different random Mercenaries of Epic/Legendary quality - which character shows up where seems to vary per player, while the contents of each bundle tend to be similar. We have seen several variations, probably influenced by an individual's spending power and collection:

If Mercenaries' pricing and offers have you scratching your head, don't worry - you are not the only one. It's been the most peculiar theme for as long as we can remember.

Are you planning on pre-ordering either of the expansion bundles or have already done so? What do you think about these peculiar Battlegrounds discounts, and did you get to participate in the Battle Bash? Let us know in the comments below!