Master Duel adds a new Solo Gate focused around Ghostrick, an archetype full of classic Halloween monsters, like witches, vampires, werewolves, mummies, and more. The archetype's main gimmick is that they can flip themselves and other Monsters in face-down Defense position, and you can't Normal Summon them without controlling another Ghostrick.

The rewards for the Gate are fairly lackluster. Two Rares which aren't even part of the archetype, 200 Gems, and some Cosmetics. Here's a breakdown (ignoring Orbs used in Solo mode): 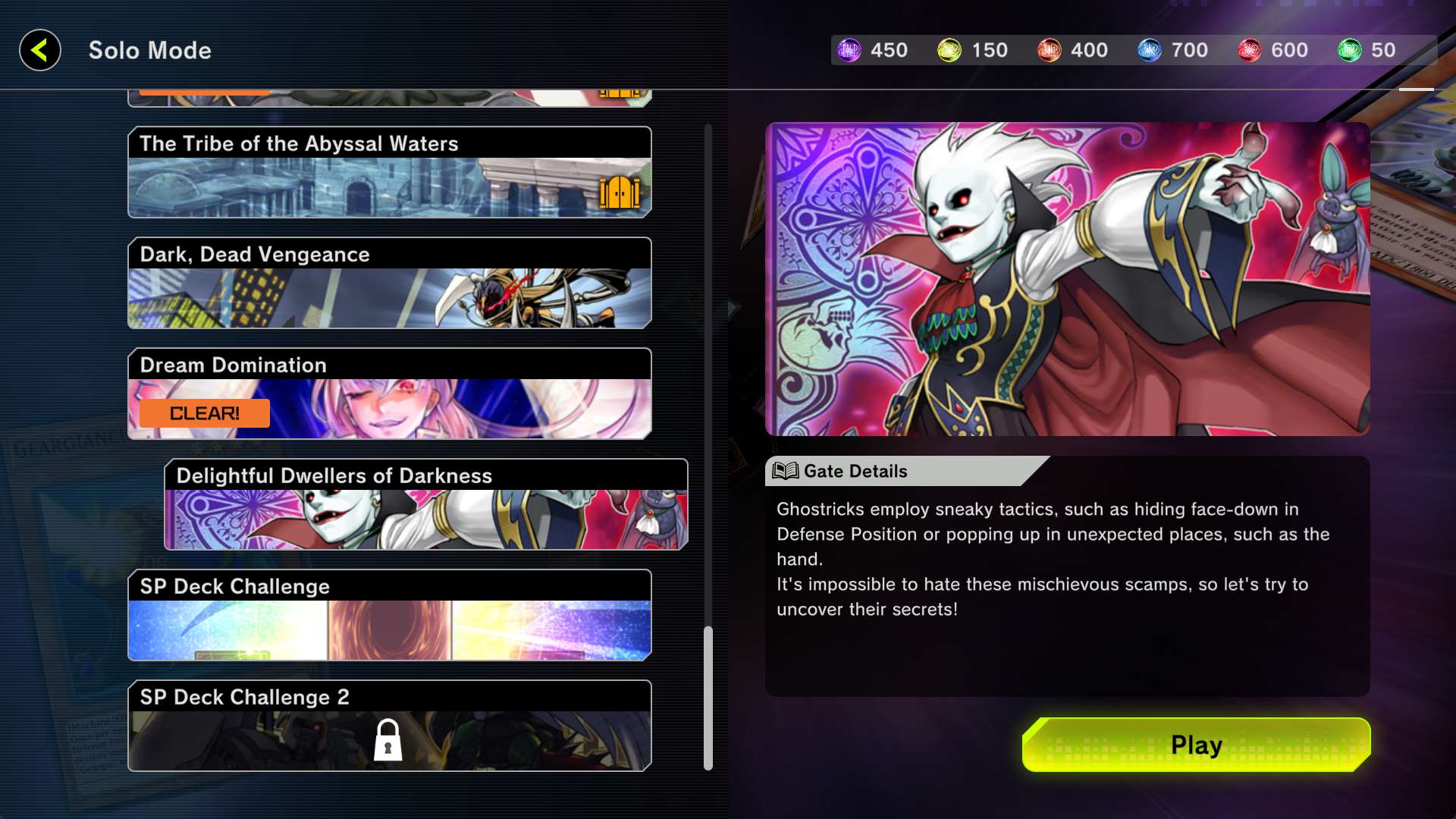 With a new archetype Loaner Deck in hand, take your Dueling experience to another level by uncovering the hidden stories within the cards at the new Gates.

Ghostricks employ sneaky tactics, such as hiding face-down in Defense Position or popping up in unexpected places, such as the hand.

It's impossible to hate these mischievous scamps, so let's try to uncover their secrets!

Depending on your Gate clear progress, the above Gates may not show in your main list. New Gates will be unlocked/displayed once you have cleared the prerequisite Gates.