Whoa! We got a huge update for the future of MARVEL SNAP from Ben Brode and the team at Second Dinner! The promised Token Shop is coming soon, as are the cards in Series 4 and 5. We'll get into more detail down below.

The December Season will be the Power Cosmic, and will feature the Season Pass card Silver Surfer. Silver Surfer is a 3 Cost card with 0 Power and "On Reveal: Give your other 3-Cost cards +3 Power."

The next season will also bring new cosmetics and Locations, and will start at 7 PM PT on December 5 (2 AM UTC 6 December), when the current Warriors of Wakanda Season ends. 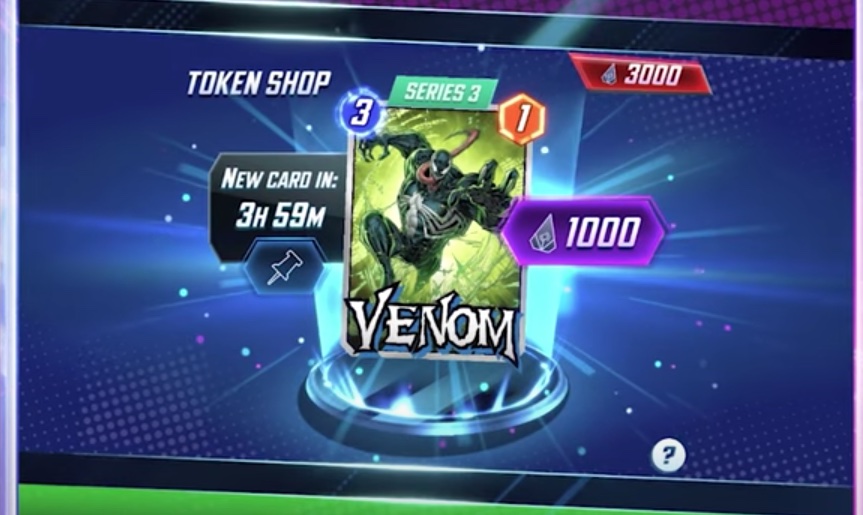 All details come from the "New Cards and How to Get 'Em" article on the official MARVEL SNAP website.

The Token Shop is being added to the in-game Shop in the next patch. The Token Shop will feature one card that you currently don't own, and refreshes with a new card every eight hours. If you see a card in there that you want, but can't yet afford, you can pin it to the Shop to keep it there until you have enough Collector's Tokens.

It's also important to note that, over time, some cards will be moved down from Series 5 to Series 4, and some cards will be moved from Series 4 to 3. This should allow newer players joining in to still stand a chance, next to somebody who's been playing for a long time. If you aren’t sure you want to spend the full Token price on a new Series 5 card, you can always wait until it gets cheaper. How long might that take? The exact details are currently being figured out, but the developers have stated that their goal is for it to be "months, not years" before cards can become a part of an earlier Series.

When the Token Shop goes live, players above CL 500 will receive some free Collector's Tokens to get them started. The break-down looks like this:

MARVEL SNAP is also going to get a huge influx of cards this coming season, with 10 cards making up the Super-Rare Series 4 and 6 cards coming in the Ultra-Rare Series 5.

The cards in Series 4 are "Super Rare," but you can earn them without having earned all the cards in Pool 3. There are ten cards in Series 4, and they are: Absorbing Man, Agent Coulson, Attuma, Helicarrier, Luke Cage, Maria Hill, M'Baku, Orka, She Hulk, and Titania. For a closer look, see our guide on every Series 4 card.

Series 5 is "ten times more Rare than Series 4," and contains 6 cards: Bast, Galactus, Shuri, Super Skrull, Thanos, and Valkyrie. We've also got a guide for Series 5 cards. When new cards are released in the future, or when Season Pass cards are no longer available as part of their respective Season Pass (i.e. after a month), they’ll be temporarily added to Series 5.

How do you feel about the upcoming Season, and the news about the Token Shop? Share your thoughts in the comments!